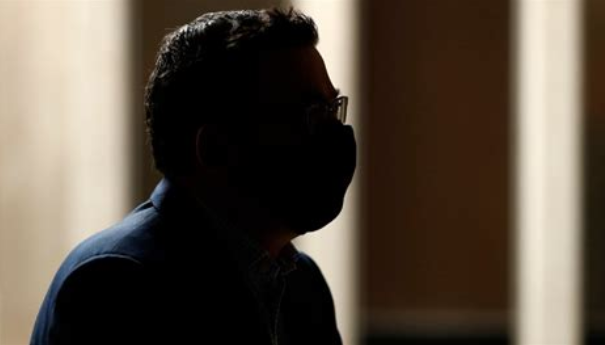 The spectacle in Melbourne not long ago of battle lines of police girded and shielded like space-age gladiators firing rubber bullets and tear gas into crowds of civilians is not one we would ever have expected to see in Australia. It’s long been the norm in less happy places but most Australians would have witnessed that sort of confrontation only on grainy newsreels in TV documentaries about Paris in 1968 or Prague in 1968.

We certainly didn’t see it in the Melbourne “Black Lives Matter” demonstration at the outset of Victoria’s now semi-permanent lockdowns last year. The police conspicuously stood idly by during that, as they mostly did when adherents of the same public-spirited organisation went burning and looting in the United States.

In fact some police in Victoria now think they shouldn’t have to trouble themselves with public protests at all. They want to shut down public transport when future protests loom to stop the protestors getting there. Wouldn’t it be simpler for them to lock people up in advance, before they’ve had the opportunity to exercise their democratic right? That’s what Victorian police did with the pregnant mother accused of inciting protest against lockdowns last September.

What has happened to our country?

Arbitrary arrest and police engaging in street wars with the public on what were once the sedate avenues of Melbourne show that something has gone seriously wrong in our understanding of law and order and of the function of a police force in a democracy. Why would Victoria’s police boast of having spent $500 million fitting themselves out with armour-plating and “military-grade” weapons when there is no enemy army to fight? Why have they come to regard the public as an enemy? – or at least that section of the public which bridles at being bossed around by a dictatorial Premier who has sidelined parliament to rule by fiat. The public pays the police wages; they have funded the stormtrooper get-up. How can they be at war with the police?

What has happened is the collapse of trust. The public have ceased to trust the police because the police don’t trust the public. Neither does the hard-left junta that now runs Victoria and has made the police the praetorian guard of its pandemic policies. And this is not confined to one Australian state, though heaven knows Victorian Police have set a national benchmark for politicised vindictiveness and internal corruption with such unpunished scandals as exploiting the confidential relationship between a lawyer and her clients and trying to frame George Pell.

All around the Anglosphere and beyond trust between rulers and ruled is declining. In Australia it hasn’t been so low since the Whitlam debacle. This is because the rulers have forgotten that they rule by permission of the ruled, by their consent. They are not masters but servants. But we have become so used to relying on governments for just about everything that we have played into the hands of the assorted control freaks and egomaniacs who get themselves into positions of authority, who fall over each other to scramble higher up the ladder of what was once considered an honourable profession of public service. They hold us in contempt. We shrug our shoulders and murmur about “crooked pollies” or “self-serving idiots” and leave them to get on with it.

We used to trust our governments, whether we voted for the party in power or not, to do their best to look after everyone’s best interests. We don’t any more because governments like Victoria’s have shown that they only look after the interests of the minority factions that screech the loudest and reflect its prejudices.

Trust is a condition that makes our society work as a cooperative enterprise. But more and more you notice its absence. Not just with the used-car salesmen and bookies who, perhaps unfairly, have never been held in public esteem as paragons of trustworthiness (along of course with the politicians) but with the “respectable” professions. Who, for example, hasn’t wondered, if told by the dentist that expensive treatment is needed, whether it’s needed even more to cover the next instalment on the dentist’s beach house? If we trusted as we used to do that wouldn’t cross our minds.

Trust has faded partly because it’s been devalued. Its name has been taken in vain, often by advertising and PR. We are invited, for example, to trust a health fund because it “cares” when we know that a corporate entity, if it can “care” at all, cares only about its profits. We are asked to swallow, on trust, the shortest lie ever told, that our hopelessly biased national broadcaster is “Your ABC” when only its “friends” are fooled by that; the rest of us know it’s “ours” only inasmuch as the taxpayer pours into its coffers the prodigious sums that enable it to go on disseminating views and attitudes most of us don’t share. In international affairs we are learning that the élite orchestrators of the “Great Reset” are emphatically not to be trusted and that their slogan “Build Back Better” has nothing to do with construction and quality but is a verbal mask to cover the imposition of “global governance” by unelected authoritarians intent on filching what’s left of our freedom.

But far more damaging than semantic misuse has been the betrayal of trust by those in whom it was placed. Clerics who took advantage of children have squandered their right to be trusted and are regarded with cynicism and suspicion. Journalists, particularly of the Left, who don’t report what they don’t want the public to know have polluted their own nest. So have schools and universities which teach the young to hate their civilisation, and “health professionals” who have sold themselves to Big Pharma and its allied ideologues for whom lockdowns are a means not so much of controlling a pandemic but of controlling the population.

Yet ultimately the lack of trust comes down to ourselves. A society that can’t trust itself to respect the law if unsupervised – where everyone speeds, for instance, when out of range of the cameras – is a society in which people won’t trust each other. The frustrating thing is that, beyond trying to act trustworthily ourselves, there’s not much any of us can do about this. Perhaps it’s too late to do anything. In a world in which race and gender are the criteria for everything what place is there for trust? But if we don’t rediscover it our society is condemned to fragment further until we are reduced to a Babel of individuals at war with each other.

We used to trust our governments, whether we voted for the party in power or not, to do their best to look after everyone’s best interests. We don’t any more because governments, like Victoria’s regime and its nakedly politicised police force, have shown that they only look after the interests of the minority factions that screech the loudest and reflect its prejudices

If Only We Were More Reasonable