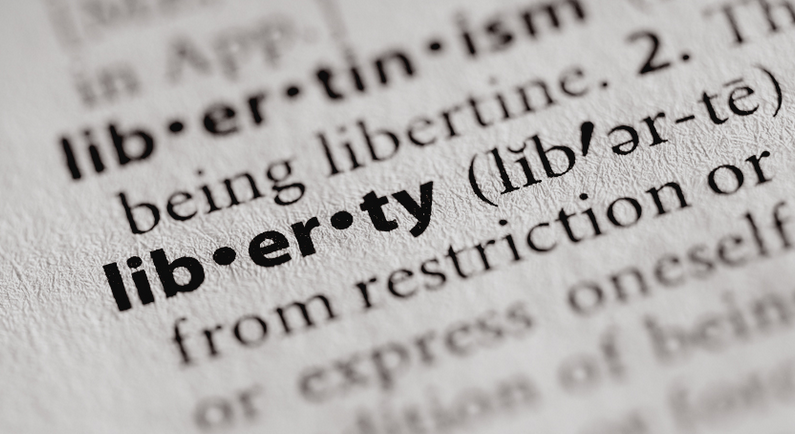 W.B. Yeats in his poem the Second Coming writes “Things fall apart; the centre cannot hold; Mere anarchy is loosed upon the world”.  While written in 1919, soon after the death and disillusionment of the First World War and the Easter Uprising in Dublin, Yeats’ lines also describe the world of today: a time of radical change where established institutions and long-held beliefs are misrepresented as conservative, elitist and characterised by inequality and injustice.  A time where the most grievous crimes one can commit are to question the need for radical change while arguing there is much in the past worth celebrating.

Instead of being seen as beneficial or worthwhile societies, like Australia they are condemned as inherently racist, sexist, heteronormative and guilty of oppressing and marginalising ‘the other’.  Western civilisation, instead of being valued even as its faults are acknowledged, is attacked as ‘Eurocentric’ and riven with ‘white supremacism’. At universities in England academics argue European science that grew out of the Enlightenment can never be “objective and apolitical”, that it is guilty of being “a fundamental contributor to European imperialism”. Across the English-speaking world academics and radicalised students argue a curriculum based on a liberal view of education reinforces capitalist hierarchies and that it must be “de-colonised” to ensure the disadvantaged and oppressed are no longer marginalised and ignored.

Inspired by neo-Marxist-inspired critical theory, cultural-left activists argue the way forward is to reject the past and to embrace their brave new world — a socialist utopia, as summed up by the Italian philosopher Augusto Del Noce, where “all contradictions have been solved” and where “there is a perfect harmony between virtue and happiness”. As Del Noce details, such radical calls for “total revolution” can be traced  to Jean-Jacques Rousseau and Karl Marx and their desire to generate a future “in which nothing resembles the old history”. Ignored, since the time French revolutionaries took to the streets promising liberty, equality and fraternity, is the subsequent reign of terror epitomised by Madame Guillotine. Every violent revolution since has ended in the imprisonment, torture, starvation and death of countless millions.

De Noce writes, as a result of denying “the very idea of virtue in the traditional sense”, one is left with “every cruelty and every violation of the moral order for the (supposed) sake of future happiness”. Or, as noted by Pope John Paul

When people think they possess the secret of a perfect organization that makes evil impossible, they also think they can use any means, including violence and deceit, in order to bring that organization into being.  Politics then becomes a ‘secular religion’ which operates under the illusion of creating paradise in this world.

Cancelling the past and characterising conservatives as inflexible and ossified also distorts what conservatism entails and what it seeks to achieve.  It is wrong to equate conservatism with being reactionary. Del Noce argues

Whereas a conservative is reconciled with present reality … a reactionary is completely dissatisfied  and regards the present as a state of decadence … and wants to go back in time, to an age when such decadence and disintegration did not exist.

Rather than an inflexible and backward looking set of beliefs the English philosopher Michael Oakeshott describes conservatism as a particular disposition and way of thinking.  A disposition not idolising “what is past and gone” but one that values “the inheritance of the past” when evaluating what is yet to come. Oakeshott also makes the point, contrary to the argument that teaching about the past is always ex cathedra, that learning about one’s cultural inheritance involves a conversation; a situation where one learns “to recognize the varieties of human utterance and to participate in the conversion they compose”.

The English cultural critic Roger Scruton makes a similar point, drawing on Edmund Burke’s response to the French Revolution, that conservatism instead of being caught in the past involves a recognition and appreciation of the past, the present and the future.  The emphasis is on continuity as well as change. Scruton writes how society “is an association between the dead, the living and the unborn. It is a shared inheritance for the sake of which we learn to circumscribe our demands, to see our place in things as part of a continuous chain of giving and receiving”. While neo-Marxist activists seek to cancel the past and deny Western civilisation’s inheritance, Scruton writes “For the conservative, human beings come into this world burdened by obligations, and subject to institutions and traditions that contain within them a precious inheritance of wisdom”.

While there’s no denying Western civilisation is guilty of a range of sins including slavery and imperialism, denying women the same rights as men and the worst excesses of capitalism, it’s also true the West, more than any other civilisation, has championed justice, freedom and liberty. As argued by Arthur M Schlesinger Jr, “The crimes of the West have produced their own antidotes. They have provoked great movements to end slavery, to raise the status of women, to abolish torture, to combat racism, to defend freedom of inquiry and expression, to advance personal liberty and human rights”. Schlesinger also makes the point that it’s ironic those radicals committed to critical theory and its numerous offshoots, while denigrating and attacking Western civilisation, draw on European theorists including “Marx, Nietzsche, Gramsci, Derrida, Foucault, Lacan, Sartre, de Beauvoir, Habermas” and “analytical weapons forged in the West”.

As a result of what Schlesinger describes as “the internally redemptive potentialities of the Western tradition” citizens in Western liberal democracies like Australia, unlike those living in theocratic regimes such as Iran and communist states including North Korea and China, have an unparalleled degree of liberty and freedom.

An inheritance drawing on unique concepts such as the inherent dignity of the person, equality and freedom for all, popular sovereignty, free will and a commitment to social justice and the common good.  An inheritance that has evolved over thousands of years that must be nurtured, conserved and never taken for granted.

Dr Kevin Donnelly is a senior research fellow at the Australian Catholic University and editor of Cancel culture and The Left’s Long March, which can be ordered here