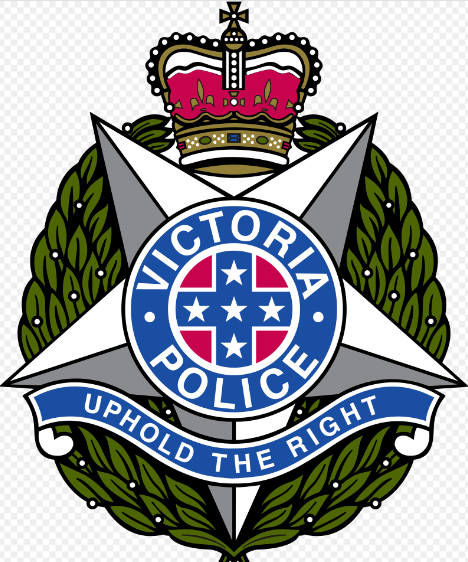 In a just-filed submission to the Lawyer X Royal Commission, retired Federal Court judge and former Queensland Special Prosecutor Douglas Drummond argues that Victoria Police cannot be trusted to investigate current and former brass should the commission recommend that criminal charges be pursued. That submission is reproduced in full below

Whether police criminally inculpated in the Gobbo scandal are to be properly considered for prosecution cannot be left to the Victorian Director of Public Prosecutions. The Royal Commissioner should instead consider recommending in her final report the appointment of a properly resourced special prosecutor

The High Court judgment ignited a crisis of public confidence in Victoria Police that was sufficient to cause Premier Andrews to set up this properly empowered Royal Commission into the force’s use of the defence lawyer Gobbo as a police informant.

Public confidence is unlikely to be restored if it is left to Victoria Police to investigate whether any of its members or former members, including Chief Commissioners, have committed criminal offences. That is what will very likely happen if the Commission leaves it to the Victorian Director of Public Prosecutions to decide whether there are to be any criminal prosecutions.

As the Director of Public Prosecutions said in her submissions to the Commission of 7 August last,a brief of admissible evidence must be referred to her Office before it can decide whether to prosecute anyone. The evidence gathered by the Royal Commission is inadmissible in criminal proceedings. So a lot of fresh investigation will be required in order to gather admissible evidence and to assess the true strength of any case against a suspect. Conducting such investigations is not within the functions of the Director or her Office. As the Director’s website says:

The conduct of Victoria Police involved in using Gobbo as an informant was harshly criticised by the High Court in its unanimous judgment of November 2018. Moreover, Victoria Police fought hard for years to keep this scandal from public knowledge. The High Court judgment [2018] HCA 58 in paras [2] and [4] to [6] lists the attempts by Victoria Police to prevent disclosure to certain convicted persons of the IBAC comments in the Kellam report about the impact on their convictions of Victoria Police’s use of Lawyer “X”. The Herald Sun reported on 22 July 2019:

Victoria Police was so desperate to keep the Nicola Gobbo informer scandal under wraps that force commanders [including now Chief Commissioner Shane Patton] warned the Director of Public Prosecutions not to even use the term “Lawyer X” when the then IBAC Director John Champion in 2016 tried to tell seven criminals that their convictions might have been “unsafe” due to police using Gobbo as an informer.

It has been suggested that instead of Victoria Police, all the work necessary to assemble a brief for the DPP could be done instead by Victoria’s anti-corruption watchdog, IBAC. That is unlikely to happen. According to the statement by its Commissioner Redlich, reported in The Australian on 15 October, IBAC has been largely neutered as a corruption watchdog in Victoria by the refusal of the Andrews government to adequately fund it:

Commissioner Robert Redlich QC flagged that without further funding, the Independent Broad-Based Anti-Corruption Commission would not be able to fulfil its legislated role in ensuring the integrity of public office.

Commissioner Redlich said despite his repeated requests for additional funding, IBAC’s budget had remained static since it was founded in 2012:

“This means that today IBAC cannot investigate a significant number of complaints of serious misconduct which may warrant our investigation.”

Further, IBAC in 2015 investigated what the High Court later described as the “reprehensible conduct” of Victoria Police involvement in the Lawyer X scandal. ABC News on 10 Feb 2015 reported that IBAC’s investigator, retired Victorian Court of Appeal judge Murray Kellam found that police negligence “had the potential to have adversely affected the administration of justice in Victoria”. But he did not find that any criminal behaviour by police had occurred.

The High Court judgment and a glance at the submissions to the Commission by counsel and interested parties shows there are real questions whether numerous Victoria Police committed criminal offences in relation to the use of by defence lawyer Gobbo as a police informant.

The agency responsible for the investigations of police conduct and preparation of briefs for the prosecutor should, in the interests of public confidence in the process, be at arms length from IBAC which has already decided that police did not engage in any criminal conduct.

The Commission should therefore consider recommending in its final report that, in the interests of restoring public confidence in this discredited police force, the Victorian Government appoint a special prosecutor with authority to decide who is to be prosecuted. The special prosecutor should also be resourced with staff and a budget that will enable the special prosecutor to complete all investigations necessary to prepare briefs of evidence sufficient both to satisfy the special prosecutor that prosecution of particular police is warranted and complete enough for presentation in a criminal court.

Such a prosecutor must be independent of political direction, in contrast to the DPP who by the DPP Act 1994 “is responsible to the Attorney-General for the due performance of his or her functions and exercise of his or her powers under this or any other Act”.

Victoria Police decided not to prosecute any Andrews government MPs involved in the Red Shirts scandal. But, according to ABC News on 14 February 2019, then Deputy Commissioner Shane Patton did not leave it there and went so far as to say that Victoria Police had actually “exonerated” them. This, despite Victorian Labor feeling the need to reimburse the public purse with the $388,000 rorted.

There should not be room for any perception that decisions whether any serving or former Victoria police should be prosecuted may be subject to political influence keen to ensure continuing police support.

Accountability by the special prosecutor can be achieved by the requirement for reporting not to attorney-general or to the government, but to the parliament.