Such a Team! What Could Possibly Go Wrong? 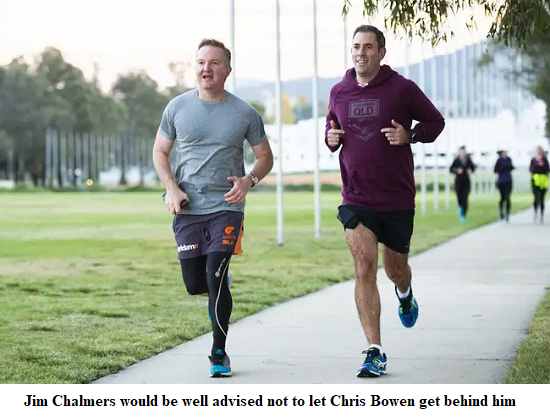 Up until this point I’ve reserved judgment on the Albanese government, largely out of a lack of real interest in the intellectual squalor of Australian public life but also because the Morrison government buried us under a mountain of debt that I find unpleasant to contemplate. Having caught up with the latest Treasurer’s economic statement, all my worst fears about the Albanese government have been confirmed. They have no serious economic agenda for the country and appear to have learnt nothing from their last term in office.

Labor’s economic plan is a witch’s brew of unfunded social spending, discredited industry policy and billions of dollars in subsidies for economic parasites in the renewables industry, all overlaid with a veneer of unseemly class warfare rhetoric. If implemented, Labor’s plan will damage productivity and wages growth, and the worst part of it all is they’re either too economically illiterate, too paid-off or too dishonest to care.

Treasurer Dr Jim Chalmers may have a PhD but it’s not in anything that matters and definitely not in economics. As far as I can tell, Chalmers essentially earned his doctorate by haunting the political science faculty at Australian National University and writing an extended hagiography of Paul Keating. Nice work if you can get it. The Treasurer didn’t have much to do with economics or finance in his undergraduate studies either, taking on an arts degree and not bothering to make it respectable by knocking over honours. The bottom line: Chalmers is dangerously unqualified to be Treasurer of the world’s twelfth-largest economy.

Assaying Chalmers statements and comments so far, current economic conditions were sheeted home to a shopping list of external factors. To be sure, there will always be external factors buffeting the economy, the real question is what the government plans to do to improve living standards and moderate the swings in the economic cycle. Not much on that front that was outlined that was credible.

The Treasurer noted that while inflation is high due to global factors, he maintained it has been aggravated by “domestic failures on skills, on energy and on supply chains which just aren’t resilient enough”. It would have been nice if he had bothered to cite any evidence, or quantify the impact of the alleged failures. Yeah, nah, the press will just repeat it uncritically.

While it was encouraging to see the Treasurer able to utter a basic principle of fiscal policy, “governments shouldn’t make it harder for the RBA on the demand side but, more than that, we should be working to address problems on the supply side”, this was followed by the cold, hard mendacity of Labor’s spin doctors.

Chalmers proceeded to deliver a fetid miasma of dishonest green-left talking points from rent‑seekers in the energy sector, and he actually had the audacity to claim the Morrison government had “an objective to keep wages low as a deliberate design feature of the economy” and “deliberately undermine them”. I’m no rusted-on fan of the Morrison government but the arrogance of this statement is breath-taking, presumably informed by trade union advisors. It is also one of dumbest critiques of any former government I’ve ever read.

Statements like these really should be disqualifying Chalmers, certainly from being taken seriously. Hopefully similar remarks will embolden some or other Labor comrade to challenge for the Treasury portfolio in time. Bowen comes to mind, but there is cold comfort in that prospect. Australians just can’t afford policy lightweights at the helm, especially class warriors who repeat vacuous union dogma from the 1950s as if holy writ.

As is common with incoming governments, Treasury have written down the near-term forecasts for growth. These cynical adjustments allow for convenient upward revisions to both growth and revenues when the government updates their budget down the track. Labor can then go out and claim in October that the outlook for the economy has improved and spend the newly forecast budget revenues. I’m not sure how much luck they’ll have with that parlour trick this time around given the US has now officially gone into recession.

As a nation we really need to move past this corrosive political artifice. Economic and budget forecasting should be moved out of Treasury and prepared independently by the Parliamentary Budget Office. Treasury’s massaging of budget numbers for governments has become a sick joke and has badly damaged trust in the institution.

The Treasurer was almost convincing when it came to attacking low-quality infrastructure spending. However, the Finance Minister’s Audit of Rorts and Waste looks more like an excuse to run an extended campaign against the projects commissioned by the former government. To be drip-fed strategically to the media, no doubt. Chalmers provided absolutely no assurance he wouldn’t engage in his own low-quality pork barrelling.

Where are the much-needed institutional reforms that would empower the gatekeepers of infrastructure spending to ensure priority is given to high quality projects? There was no sign of that from Labor. We all know we’re at a point with our governments that we have to take their toys away from them. Major projects shouldn’t be selected by poorly credentialed political operatives in the minister’s office trying buy votes with your dollars by building bridges to nowhere.

While Chalmers promised the government would deliver “the hard decisions” required to shore up the budget, there has been no detail on what those measures might be. There haven’t been many ‘hard decisions’ on display so far, just re-announced commitments of free money for childcare and pharmaceuticals, alongside the intent to see “a decent pay rise for the lowest paid”, most of which will be funded by small and medium-sized businesses through award wages, and wage rises for the disability and aged care sector.

Labor’s promised National Reconstruction Fund looks like a $15 billion slush fund they will hose around the economy while dragging in another $30 billion in capital from the private sector to misallocate on boondoggles and poorly conceived attempts at industry policy.

It’s not clear how any of the elements of Labor’s plan would lift productivity, or wages, but the detail doesn’t matter much these days when the fluffers of the Canberra Press Gallery don’t have basic economic qualifications, or care very much in the rare instance that they do.

In point of fact, most of what has been announced so far will undermine jobs, productivity and wages, and particular attention should be paid here to Labor’s dodgy energy policy. Shamefully, the Liberal Party at the last election ducked out on critiquing RepuTex’s questionable economic modelling of Labor’s Powering Australia plan. The Coalition’s political strategists judged it politically expedient to wave it through, even if it is terrible policy, and then got smashed by the Teal insurgency anyway.

Missing in all of this was any real attempt at fiscal discipline that might have taken upward pressure off interest rates. It’s a real missed opportunity given that the Coalition’s loose fiscal policy is one of the key factors that is leading the Reserve Bank to lift interest rates sooner, and higher, than they would have done otherwise.

So far, what we have seen confirms the Albanese Government doesn’t have a credible economic plan for government and that Chalmers probably isn’t up to the job of Treasurer. Accordingly, it will be interesting to listen for the sound of knives being sharpened and to take note of how Bowen is positioning himself over the coming twelve months. As for the business community, I know it will position itself: bent over and grabbing their ankles.

The Anglosphere and Elections

Time to Dismantle the Curtin Myth