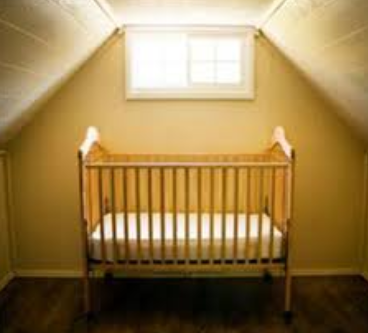 She was gorgeous, fun and I adored her, especially what I took for sincerity and honesty. A troubled youth – drugs and track-marked cowboy companions – she’d left all that behind two decades before we met, “got clean”, as she would say, “fixed myself”. It was that realistic self-appraisal, the candour and self-knowledge that helped her kick the needle, which I recognise in retrospect as one of the magnets that drew me to her, perhaps the greatest of them all early on. She was a woman who knew herself, or so I surmised, and that is powerful attractor.

It was Saturday morning when she spoke of it, pillow talk after the Greek neighbour had taken note of the little hand passing 8, which meant he could exercise his right under local bylaws to play with noisy power tools. For some reason the talk of coffee and which of us should make it slipped into a reminiscence of her former marriage. A less indolent sort than I, it emerged her ex would leap gazelle-like from their bed to brew the pot and brown the toast. And somehow, in the way these things do, one person’s memory prompted another’s joke.

With the SCOTUS abortion ruling in mind,
this memoir has been reprised from 2017

She was doubly blessed for not having had kids bouncing all over the bed, I said, inspired by memories of my own ruptured marriage’s child-rearing days. “Kids in the morning! I’d rather a wog with a bandsaw any day of the week.”

I barely heard her reply.

It was very nearly a sigh, uttered so quietly it came as more reflection than response, so I took a second to grasp it was children she was talking about, not a Hellene consorting with a hammer drill. At that point, in her early mid-forties, she was childless and unbothered by it, or so I thought.

“I terminated the pregnancy,” she continued, using the euphemism of clinical language you hear so often when abortion is the subject. “We were splitting up, he was into dope and cheating and … ” and there a pause “…I just would not have that man’s baby.”

She all but spat the last sentence, and the vehemence of it was shocking. I rose just then to make us brekkie. It seemed a handy moment to be doing something else, for while her ex had been mentioned at other times, never with a such loathing that spoke of passing stern judgment on him and a death sentence on his line and heir. The sins of the father visited upon his unborn child. I recall the smell of toasting bread as I tried to get my mind around what she had just told me. It seemed at first glance to be criminally unfair to have killed a child because his father no longer passed muster. Perhaps, had she been raped …. but still, even then, a life extinguished before it could begin for no fault nor crime of its own.

Abortion? A man ‘gets’ it, sort of. Pro or con, it matters not. Even the most ardent male opinions, those on either and both sides, can be no more than academic when the holder is fated never to know, not even to realistically imagine, what it is like to have a new life blooming between one’s hips. Abortion, nasty business. Best not to think too much about it. Their bodies themselves etc., and leave the girls to it. Isn’t that the shot, what the equality commissioners are always saying? They know what’s best. The comfort of evasion. The false refuge of choosing not to strike and settle on a moral position, especially about what she had just told me.

The subject opened, it emerged in dribs and drabs that she was not quite so sanguine about going childless as I had taken her. There were mentions of fertility drugs and friends who had conceived late and successfully. Just such a couple mentioned over dinner that they had some fertilised and frozen eggs left over, their IV treatments having produced a fine set of twins and that was enough of a family for them. Later that night, again in bed, she wondered if they might gift those dormant eggs to her. We took none of those steps, but nor did we employ any protection.  I remarked that, were she to fall pregnant, I wouldn’t have a problem with being a fifty-something father. Much as I’d griped in misanthrope mode about a small person in rabbit-ear pyjamas leaping on nightshift worker’s testicles at 6am, the fact is that I rather like kids, and by then my own had grown and recently flown.  I missed the Auskick stuff and Little Aths, even being called by the principal to ‘work on your boy’s behaviour’. He had turned out okay, my son, better than I’d anticipated and certainly in excess of his headmaster’s expectations. I’d take another turn with the stroller should it happen, which I didn’t think it would in light of her age, and I’d do so happily.

Well pregnant she became soon after. The cliché is that expectant mums are “radiant”, but she was that and more, lit up not at that early stage by the hormones’ flush but by the sheer joy of being pregnant. I’d never known a happier person. What I had taken for cheerful resignation had actually camouflaged a stoic and unspoken yearning to which she had never before admitted. Now she did. Sometimes, although I said nothing, I thought of the abortion and wondered if her bliss reflected a relief at a being granted fertility’s clemency.

It was good for a while, wonderful even. When I cooked there were no longer admonitions to go easy on the butter. She was eating for two, of course, and absolutely untroubled by morning sickness. We looked a thousand times at those grainy ultrasound images and tried to figure if a tiny curlicue between foetal legs was a penis or just some graphic distortion. It was really fun, even down to the nuts and bolts of planning. The nursery would be the back room and, yes, we made a note be on the lookout for a nice rocking chair, perfect for breast-feeding. A sister-in-law who was moving house took that opportunity to drop off a box of used baby clothes and there was much laughter and gratitude as romper sets were examined and appraised, accepted or rejected. There was no longer any morning pressure to make the coffee. Along with all alcohol, she banished caffeine as a hazard to the preciousness in her belly. The fine print on packaged food was pored over with a Talmudic eye for detail and downside.

At some point between three months and four months, slow disaster. Her doctor told her the foetal heartbeat was weak and fading. She should reconcile herself to loosing it, she was told. At her age these things happened, and this was the greatest comfort the doctor could offer. The foetus died in stages, day by day over the week that followed until there was nothing to be heard at all. There followed a D&C procedure at Royal Melbourne Hospital and I waited for her outside. Barely through the front door at home, she sagged against the wall and slid to the floor sobbing and beyond distraught, knees pulled up beneath her chin. She had wanted a kid for so long, she said in disjointed, anguished syllables, “and now this.”

My thoughts as I cradled her on that hallway rug went diplomatically unexpressed. She could have had the child she ached for, who by then would have been all of fourteen, if not for the abortion. As it happened that was her thought too because between the sobs she said as much. The fury directed against the memory of her ex-husband acquired a different aspect. She had killed what she now wanted most of all and someone had to carry the blame. Projection made it him. I held her tighter and said nothing because, well, there was nothing to say. Eventually, when the paroxysm of grief had passed, been drawn back deep inside and paved over, I helped her to her feet and walked her to the bed, where she asked that I pull the curtains and leave her alone in the dark. I still remember how the hallway runner had left the impression of woven seagrass upon a cheek sodden with tears.

We broke up not long after because everything was somehow  different. There was a distance and a resentment about her, a grief, or so I intuited, that she had hauled back and down after its public airing in that hallway display of absolute misery, buried it as best she was able deep inside.

The feminist texts and “pro-choice” editorials never mention that.

The above was first published as an introduction to Nicola Wright’s Right Thinking on Abortion, published by ConnorCourt and available here.

33 thoughts on “The Forever Empty Crib”

Tomorrow When the War Began