Hard Truths About Power for the Weaker Sex 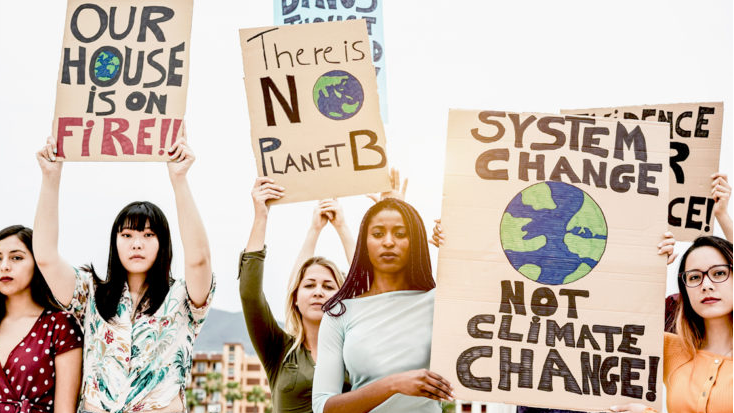 Read the paper this morning (25 May). Karen Andrews, former minister for home affairs, is reported as saying that it is important to understand why women abandoned the Liberals. “Disaffected with the Liberal Party,” she said they are, “highly educated, reasonably well off … traditional Liberal Party voters.”

In Germany, women were 13 [per centage] points more likely than men to be concerned that climate change would cause them harm. Double digit differences were also present in the US, Sweden, Britain, South Korea, Singapore, Taiwan, Australia and The Netherlands.

The latest figures from North Sydney (my electorate per chance) with about three-quarters of the vote counted, has Zimmerman (LINO) on 38.1 per cent, Tink (Teal) on 25.9, Renshaw (Labor) on 21.5 and Armstrong (Greens) on 8. Take women out and would Zimmerman have won? I don’t know, but probably yes. Trump would have won, despite electoral malfeasances, sans women’s votes.

Women seem to be disproportionately more susceptible to dire warnings of impending doom; and, consequently, to superstitions, like the latest scares propagated by climate-change cultists. When Ms Andrews appeals for a greater understanding as to why women abandoned the Libs, she is on the money, though not perhaps in the way she thinks.

It would be totally counterproductive and dangerous to all of our futures to pander. To adopt policies espoused by Simon Birmingham, Bridget Archer and other like-minded feminine wets among the Libs. As always, it’s best to stick to truth, but conveyed in ways which take account of the concerns of women, as well as men. The key lies in the fact that the Nats retained all of their seats. Women voted there too.

While I’m no expert on women’s thinking, I suspect that they highly value security. Matt Canavan apparently made it his business, despite the howls of some his colleagues, to go around explaining how Labor’s cap and trade policy on 215 of the largest companies, the so-called “safeguard mechanism”, is a tax on jobs by the backdoor. Jobs and security are synonymous.

The way in which so-called climate change is being tackled threatens more than jobs. It will increase electricity and gas prices. It will undermine the reliability of power, the wellspring of prosperity, and plunge households and businesses into blackouts. And, at the most inconvenient of times. And, it will have no effect whatsoever on floods and bushfires in Australia, even when or if we reach net zero. All pain for no gain. Forget the no gain. Focus, laser-like, on the pain.

Amid the recent vituperative gush from Janet Albrechtsen on Scott Morrison, she makes a telling point that the Libs should have made net zero contingent on nuclear energy. That is a thought which Peter Dutton might toss around in his mind.

I recently read a claim by the CEO of Santos that producing blue hydrogen (hydrogen from natural gas from which CO2 has been stripped and stored underground) was around one-third the cost of green hydrogen, beloved of Twiggy Forest. Leave aside the much lesser cost again of simply burning the natural gas. To do otherwise is to risk madness. The Libs in opposition should be arguing for affordable and reliable power; and to explicitly include blue hydrogen and brown (made from coal) and nuclear. Anyone with a license to run wind and solar farms must be made to guarantee, with eye-watering sureties from banks, the delivery of a specified minimum level of uninterrupted base load power. How they do it is their business. Ensuring an affordable and reliable power supply should become the business of the Libs.

Part of that business will be to convince women that affordable and reliable power is a non-negotiable aspect of their lives. That shouldn’t be too hard. It’s the truth. For example, do expectant mothers look forward to an electric car with a flat battery when their waters break, to a power failure when giving birth, when nappies are being changed in the middle of a cold winter’s night, when milk formula is being warmed, when clothes are being washed? I’m not being sexist. It doesn’t matter which sex is performing the tasks, apart, that is, from the first two; women might feel a tad more concern. As they justifiably should.

25 thoughts on “Hard Truths About Power for the Weaker Sex”

The Politics of Grievance: review