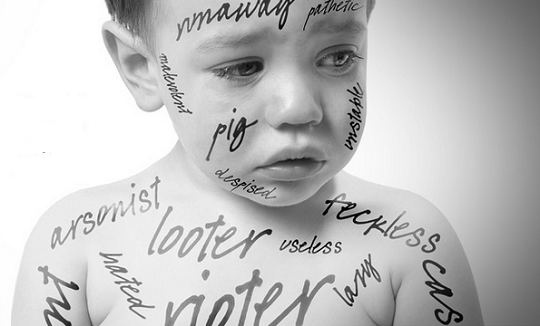 Twitter has many things to answer for, from users’ freedom to engage in anonymous abuse to the censoring of off-narrative opinions and personalities by what must be an enormous squad of woke censors at the social media giant’s head office. But every now and again — not often, but it does happen — something worthwhile figures in the threads.

Below is one such exchange, prompted by Professor Danna Young, who is paid to teach her brand of ‘journalism’ at the University of Delaware. By way of background, the professor describes her specialty thus: “Dannagal G. Young (Ph.D. University of Pennsylvania’s Annenberg School for Communication, 2007) is a Professor of Communication and Political Science … studies the content, audience, and effects of nontraditional political information.” Earlier this week, she posted this tweet:

My teen told me something that’s been haunting me for weeks.

He said “I think almost every white middle school boy is in the alt-right pipeline -at some point-until something/someone pulls them out.”
— Dr. Danna Young🇺🇸✌🏻 (@dannagal) June 18, 2022

The response was quick, with the Twitter mob initially endorsing the professor’s appraisal of boys as problems — largely, one gathers, because it is their great misfortune (and a curse on everyone else)  that they are not girls. Wading into this stream of woke drek came 18-year-old  Daniel Schmidt, a freshman at the University of Chicago. His series of tweets, copied from the originals lest Twitter’s censors take down the thread for the crime of making too much sense, are reproduced below. Each horizontal line indicates a fresh tweet in the series.

I’m an 18-year-old white male. I was in middle school only 5 years ago. I think I can offer some perspective on @dannagal’s thread. Yes, young white males increasingly identify as right-wing.

But why? From my experience, here’s what’s really happening.
— Daniel Schmidt (@RealDSchmidt) June 20, 2022

Thought experiment: Imagine you’re an 8th-grade boy. You’re beginning to be told by teachers, the media, and maybe your parents that you’re privileged because you’re a boy. It’s a basic truth, you’re told.

But this just makes you confused. You start asking yourself questions.

If boys are privileged, why do the girls in my class tend to get better grades?

Why are there more girls than boys in my advanced classes?

Why are the girls more well-behaved and focused?

Why are some of the girls preparing for college applications already?

By the time you get to high school, your confusion only grows.

Meanwhile, the girls at your school continue to be over-represented in honors classes, get better test scores and grades, obtain more leadership positions, and participate in more extracurriculars.

But you’re still repeatedly told that boys are privileged. How could this be?

Then, when college acceptances come out, you notice many more girls than boys get into top universities. More girls are going to college in general, for that matter.

But for some reason, all you hear is that girls are underrepresented in higher education. It’s confusing.

When you search for scholarships to apply to, you find hundreds that are only open to women.

When you tour college campuses, you hear how proud the school is to have student organizations like Women in Law, Women in Business, and Women in Science.

It all becomes too much.

You discover that men are more likely to be homeless, go to prison, become alcoholics, struggle with isolation/loneliness, die of a drug overdose, and commit suicide.

But all you hear about, for some reason, is something called the “gender pay gap.”

You start listening to them. For once, you feel like you’re not alone.

On top of the alienation you experience for merely being a boy, you’re told by teachers, the media, and maybe even your parents that you should feel some form of remorse for being white.

You’re as privileged as it gets, you’re told.

This doesn’t make much sense to you. Why should you feel bad for being white—something you can’t control?

This is a question you and your white classmates implicitly know cannot be asked. So instead, all of you submit. Humiliation quickly leads to demoralization.

As you get older, you feel increasingly unwelcome by society. “Diversity and inclusion” initiatives and never-ending anti-white messaging from the media only make you feel like a burden.

So you turn to the Internet, where you feel welcome by video games and right-wing forums.

Younger and younger white males are following this path. They feel they’re simply unwelcome by society, and they escape to a select few communities and websites.

For the first time in America’s history, the founding demographic is dropping out of society in massive numbers.

It’s almost like their goal is to demoralize and demonize young men—the group most likely to challenge our ruling class.

“Their goal is to demoralize and demonize young men,” Schmidt notes.  It’s hard to disagree.

Gay Teens and the ‘Suicide’ Meme