The Heart of Australia, Then and Now 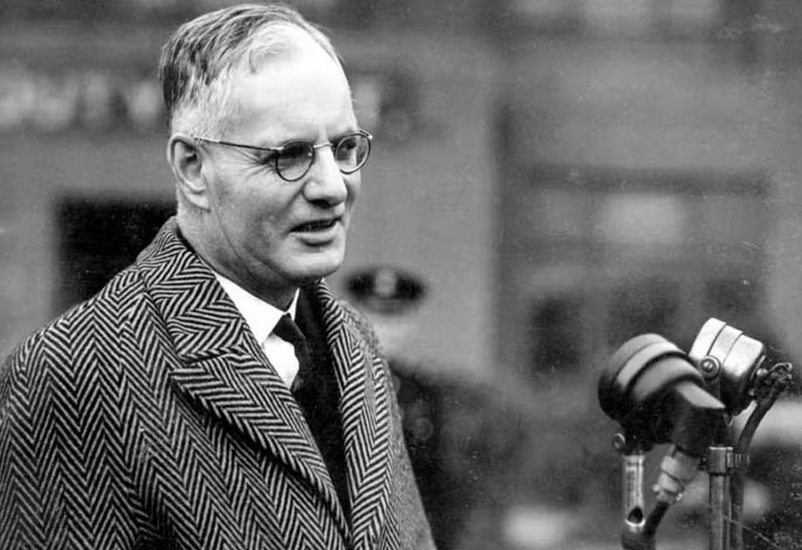 I have been reading and reflecting on a recent survey of the willingness of  Australians to fight for our country. According to the findings, less than a third of young Australians would stay and defend the country if we were invaded in the way Russia has invaded Ukraine, and something like 40 per cent of all respondents indicated that they would leave rather than fight to resist an invader. Where they would run to — New Zealand? — was not mentioned, but that is beside the point.

Thinking about this reminded me of a story told to me by my father many years ago. My father was an agricultural scientist, and during the Second World War he headed up a small team of agricultural and farming specialists whose job it was to help and encourage Western Australian farmers to boost food production. In this role he spent a lot of time travelling the farming districts, talking to farmers, agricultural societies and the rural press, giving radio talks, listening to farmer’s needs and problems, and doing his best to help overcome them. On his travels he frequently stayed the night at remote farm houses at the end of long days, always being made welcome by the farmer and his family. Despite the anxieties and stress of the war, my father remembered these times as professionally and personally rewarding, because of the friendship, hospitality and generosity of the men and women on the land. My father came from a farm at Waddy Forest, and he understood the culture and the language.

So it was that in March 1942 he was with an old farmer and his wife in the sitting room of their farmhouse somewhere in the northern wheat belt.  These were desperate times, war having reached the Australian doorstep.  The Japanese had bombed Pearl Harbour a few weeks earlier in December 1941, Singapore had fallen in February 1942, and in the same month the first Japanese  bombs had fallen on Darwin. On March 3, 1942, Japanese fighter aircraft attacked Broome and 88 people were killed.

After dinner that evening, my father and his farmer friends gathered around the radio, as was the custom in those days, to listen to the news. By chance this was the March 14, 1942, the night of Prime Minister John Curtin’s famous Speech to America was broadcast. This was the occasion on which Curtin called for a new alliance between Australia and the US, signalling (if not in so many words) the end of the old reliance on Britain. His speech began:

“Men and women of the United States:

I speak to you from Australia. I speak from a united people to a united people, and my speech is aimed to serve all the people of the nations united in the struggle to save mankind.

At the same time, he was sending a powerful message to Australia. All over the country that night, Australians were crouched over their wireless sets, listening fearfully. Curtin went on:

” …this war may see the end of much that we have painfully and slowly built in our 150 years of existence. But even though all of it go, there will still be Australians fighting on Australian soil until the turning point be reached, and we will advance over blackened ruins, through blasted and fire-swept cities, across scorched plains, until we drive the enemy into the sea. I give you the pledge of my country. There will always be an Australian Government and there will always be an Australian people. We are too strong in our hearts; our spirit is too high; the justice of our cause throbs too deeply in our being for that high purpose to be overcome …”

When the PM’s speech concluded (the full text can be read here), the old farmer, who had been a soldier in the First AIF and wounded at Messine Ridge, switched off the radio, and they all sat there for minute in silence.

Then the farmer stood up and went over to the wall where a World War I vintage Lee Enfield .303 rifle was hanging. He took it down and commenced cleaning and oiling it.

Nothing was said, but my father was left in no doubt that any Japanese infantryman invading this farm would meet an indomitable will and fierce resistance. In the Australia of back then the notion of running away did not arise.

38 thoughts on “The Heart of Australia, Then and Now”

Has ‘Your’ GP Dropped the Ball?

Bruce Pascoe, Dumped Upon from a Great Height