A Sirens’ Song for the Easily Impressed 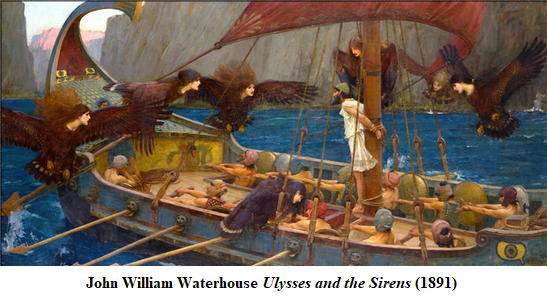 I was passing a Woolworths supermarket a few weeks ago. My local federal member, Trent Zimmerman (North Sydney – Joe Hockey’s old seat), was meeting and greeting. I said, ‘Hello, Trent’, in the informal way we conduct ourselves these days. We briefly chatted. I said that I wasn’t with him on climate and did not intend to put him first on my ballot paper. However, I said I would preference him because I was fearful of a Climate 200 activist getting in. He grinned and said, so I’m better than the alternative, or something to that effect.

I had a similar exchange, albeit by email, a little over five years ago (tempus fugit) after I’d written a post for Quadrant Online (“The Listing Liberals”) prompted by a pamphlet he’d put out. I was very critical of its content and sent him a copy of my post. He replied, apropos of his pamphlet, “Well at least you read it.”

Why mention these two interactions? Well, they both earned him brownie points in my estimation. He might have the wrong views on climate and on other things but he clearly has a sense of humour. Normally, this might not be quite enough on its own to swing my second preference but, to echo his words, he is better than the alternative; much better. And herein hangs a tale which might be writ large for the coming general election.

In North Sydney we have, Steggall-minded, Ms Kylea Tink. Backed by Climate 200; she is one of a cohort. And, together, they represent clear and present danger to the Coalition. Of that, Steggall provides stark evidence.

Leaving aside existing federal lower-house members Andrew Wilkie (Clark) and Rebekha Sharkie (Mayo) and three senate candidates, two of whom are women; Climate 200, according to its website, is supporting 13 candidates for lower-house federal seats.

Of these 13 candidates, all are women. No men and, so far as I can tell, no transwomen. Can’t guess their ages, wouldn’t do to speculate. But the overall impression is of a cohort of pleasant looking professional and business women; in fine fettle, shall we say. I make no comment on their ethnicity but they appear to be a homogeneous lot. Have a look yourself on the link above. Diversity is not particularly evident.

In fact, as has been well remarked on, the lack of diversity goes much further. All of the thirteen seats being contested are held by the Libs (9) or the Nats (3). The only exception, which isn’t an exception at all, is the seat of Hughes held by Craig Kelly (formerly a Lib now UAP).

You might think me superficial for focussing on the sex, appearance, and background of the candidates. I just don’t think it’s an accident. First on the supply side, it’s much likelier to get professional and business women, as represented by the Climate-200 candidates, believing in climate faery tales, than it is people of either sex working at the coalface. Second, on the selling side, such women present a non-threatening facade.

If you’re going to promote unworkable policies which will threaten the nation’s security and competitiveness, disadvantage working-class Australians, put people out of work and put the lights out, it’s best to look pleasant; angelic even. After all, the Sirens didn’t lure sailors to destruction by having ugly voices. Irving Berlin nailed it. “A pretty girl is like a melody … She’ll start upon a marathon and run around your brain.”

As Ms Steggall has shown, 57 per cent of well-to-do people in Warringah can have their brains addled. They’ll vote for a chimera, provided it is attractively packaged and feeds a desperate need to feel virtuous. And there is nothing more virtuous, secure in your comfortable lounge room, than saving the planet and one’s grandchildren from a fiery end.

As I discovered via a leaflet through my letterbox, Ms Tink wants an independent climate-change body set up “to develop an evidenced-based plan to achieve net zero by 2040 [and] a clear and actionable plan to reduce national emissions by at least 50% by 2030.” Of course, there will be “no new coal and gas extraction projects.” And, we’re told, she supports “making the Federal seat of North Sydney one of the first Net Zero Energy Urban Zones in Australia, as we transition to a fully electrified community.” So on into Alcheringa.

Don’t for a minute think that enough people have sufficiently intact brains not to fall for this fanciful spiel. There’s a real risk that Scott Morrison will focus on defeating Albanese while being outflanked by the seductive charms of Climate 200 candidates. If only some of the less-attractive movers and shakers in the backroom; to wit, as examples, Simon Holmes à Court, Tony Windsor, Rob Oakeshott, John Hewson, Jim Middleton and Barry Jones were standing, the Libs and Nats at risk would be a shoo-in. As it is, Morrison and Co need to expose the fanaticism behind the facade.

Slamming the Door on Delusion