The Secular Creed of Jabs and Safeism 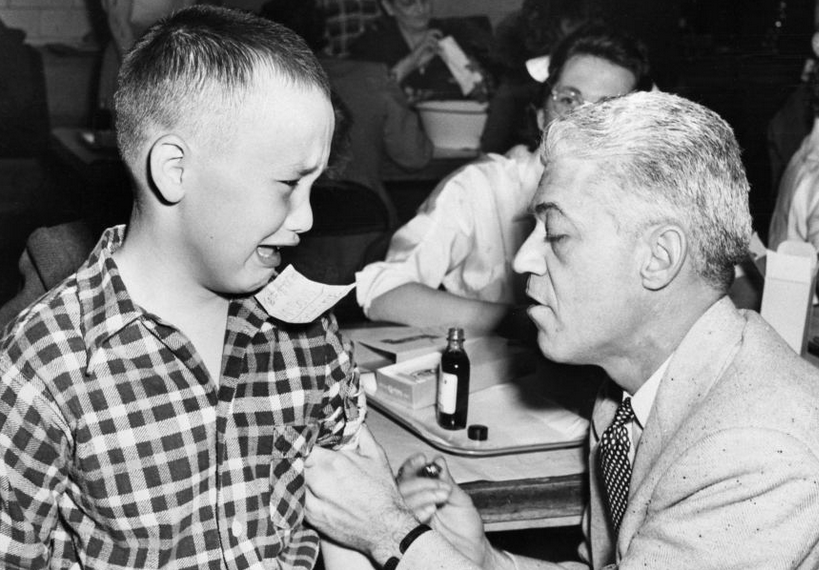 While no one wants to be responsible for making another person sick, the state education system of Tasmania has succumbed to the current zeitgeist of state paternalism. A good example of what this looks like in Tasmania right now is, under the good intention of protecting people from COVID-19, the rights of teachers and students have been systemically stripped away. And by so doing, they are now enduring a modern form of medical apartheid. As senator Eric Abetz wrote last year:

Our authorities need to respect freedom and not create a two-tier society. The right to a job should not be dependent on a jab. By all means convince but don’t coerce. By all means educate, but don’t discriminate. Protecting freedoms – including of those with whom we might disagree is vital. Our failure to do so will have corrosive long-term consequences.

While no one wants to be responsible for making another person sick, the state education system of Tasmania has succumbed to what theologian James White calls, safeism. White put it this in a tweet last year: 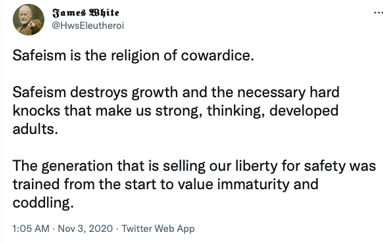 Senator Abetz is not alone in his opposition to vaccine mandates. Jonno Duniam is another Tasmanian politician who, while supporting vaccinations, does not agree with the principle and effect of making it mandatory. Duniam recently wrote, “There must be a way in the 21st century to not exclude people from huge parts of life because of a decision they’ve taken about their own medical choices.”

Significantly, Abetz and Duniam are two of the only politicians in Tasmania to support freedom of conscience in response to an ever-increasing government control, and of even more concern, state paternalism. For example, the University of Tasmania (UTAS), in contrast to the majority of Australia’s other universities, as well as the state education department of Tasmania, have mandated that staff at all state schools be vaccinated against COVID-19. And at UTAS this also includes all students!

By comparison, the Catholic Church of Tasmania is continuing to give their teachers, staff and students the freedom to choose. This courageous stance to protect an individual’s decision regarding their own health is something they are to be commended for. According to Dr. Gerard Gaskin of Catholic Education Tasmania, “With our staff voluntary vaccination at 98 per cent, this response already exceeds the state level’’.  So, it’s not like the Catholic Church could be accused of promoting anti-vax sentiment.

While I am not anti-vaccination per se, I can understand why a number of people remain vax-hesitant. I was scheduled to receive the AstraZeneca vaccine, but only a few days before the appointment I was informed by the government that it was unsafe for those under 60 to do so.

However, ours is not the first generation to wrestle with the question of ‘vaccine passports.’ Back in 1880, Abraham Kuyper, the then-prime minister of the Netherlands, eminent Protestant theologian and leader in the development of Christian education, argued that compulsory vaccination against diseases even such as small pox ‘should be out of the question’. Kuyper gave a number of powerful arguments:

♦ Our physicians may be mistaken and government may never stamp a particular medical opinion as orthodox and, therefore, binding.

♦ Government should keep its hands off our bodies.

♦ Government must respect the conscientious objections of its citizens.

♦ Either it does not itself believe in vaccination, or if it does, it will do redundant work by proceeding to protect once more those already safeguarded against an evil that will no longer have a hold on them anyway.

Kuyper’s argument could be simplified as follows: If the government doesn’t think that vaccines are effective then why make them mandatory? Alternatively, if they are effective, why should the vaccinated be afraid of the unvaccinated since they supposedly work in protecting one against the disease? Hence, it is wrong to legislate compulsory vaccination. As Kuyper concludes:

Smallpox was a lot deadlier than COVID. During the 18th century alone, the disease killed an estimated 400,000 Europeans each year, including five reigning monarchs, and was responsible for a third of all blindness. Between 20 per cent and 60 per cent of all those infected—and over 80 per cent of infected children—died from the disease. That figure is all the more significant when one considers that COVID-19 thankfully poses a negligible-to-minute risk to children.

Kuyper saw the problem with mandatory vaccinations more than a hundred years ago. Unfortunately, many secular leaders in education and politics have failed to learn the lesson. Freedom of conscience must be protected. It is one of the central tenants of a classic liberal democracy. And unlike the University of Tasmania, it’s good that there are still some churches and elected officials who are still prepared to lead the way.

Mark Powell is pastor of the Cornerstone Presbyterian Church in Hobart

Islamophobia: The Origins of the Specious