Our Godless and Dangerous Times 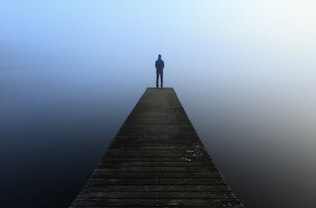 Eccentrics and extremists have always been around. Whether they rise to prominence depends upon them having a large audience. Adolf Hitler and Sir Oswald Mosley shared an extreme form of aggressive nationalism. One took off, the other didn’t. The nineteen-thirties Germans were nationalists to their boot heels. The nineteen-thirties Britons mixed their more sensible nationalism with large doses of common sense and scepticism. It’s the quality of the populace and their cultural norms that count in the end result.

Islamic fanatics threaten, as Churchill put it, because of the “the fanatical frenzy [and] fearful fatalistic apathy” which Islam inculcates. It is easy to whip up significant numbers into mobs, for example, as we saw across the world, including in Australia for goodness sake, when that poorly made 14-minute video surfaced in 2012 of Mohammed’s life. Obama, Hillary and Susan Rice were deceptive, it didn’t cause the attack on America’s embassy in Benghazi, but it did create worldwide riots and mayhem perpetrated by mobs of Muslim dolts.

Theses dolts weren’t born that way. Islam has made them dolts and we have to live on the same planet with legions of them. Insufferable.

Global warming has also given a platform to extremists and eccentrics. In normal times people like Tim Flannery, Roger Hallam, Al Gore, the aging David Attenborough and the callow Greta Thunberg would be given the same regard as ranters at Speakers’ Corner in Hyde Park. But these are not normal times. Superstition has gripped large sections of the population who have put aside their common sense in order to accept scientistic codswallop. We have twelve years to save the planet? Really, and Elizabeth Warren is a Cherokee Indian because her papa had high cheek bones.

Something is going on that stretches beyond the global warming hoax. We are living in dangerous times. The aforementioned Pocahontas is the favourite among bookies to be the Democratic candidate for president. Here are just some (just some) of her mad policies. And this is not a spoof.

# Reversal of Trump’s tax cuts, plus an extra 7 per cent on company profits of over $100 million

# Plus increases in income tax for high-income earners

# Plus an annual wealth tax on the very rich

# Medicare for all, including illegal migrants, costing, on her estimates, over $5 trillion a year measured over the next ten years. This is more than the current total annual federal budget expenditure (circa $4 tr). All private medical insurance will go. Who knows where the doctors and nurses will come from?

# New federal charter for companies with an annual revenue of over $1billion, which will insist that they pay heed to various woke causes as a condition of operating. Would suit our current crop of corporate leaders.

# Forty percent of board seats reserved for workers’ representatives on large companies.

# Ban on fracking, phasing out nuclear power, among a suite of “decarbonising” climate policies

Surely no one offering this socialist recipe for the economic destruction of America would ever represent one of the two major parties. That’s right they wouldn’t in normal times. But, as The Economist reported on October 24, “Democratic voters like what they see. In a recent poll by Quinnipiac University, 40 per cent of respondents said Ms Warren had the best policy ideas, compared with 16 per cent for Mr Biden and 12 per cent for Mr Sanders.”

Right now, I would guess, hopefully, that only around 60 million American voters would support her in the next presidential election. This would give Trump a landslide win. Suppose, however, that the 60 million turned out to be closer to 70 million (as it might). Pocahontas as president.  Sell your shares. It hardly bears thinking about. How about Corbyn as prime minster of the UK?

Susceptibility to extreme nationalism in Germany in the nineteen-thirties is explicable when set against the First World War and the aftermath at Versailles.  The morbid influence of Islam is explicable by the very poisonous nature of its written creed. But what explains the hysterical appeal of the Earth coming to a fiery end and the growing allure of an economic system which has led to the death of countless millions and grinding poverty?

Let me say that I don’t know. However, the ground is shifting beneath us. Among large swathes of Western populations delusion is supplanting reality.

If I were to guess, I would plump for education as the culprit. I recall talking to the daughter of a headmaster at a local school around twenty years ago. She would have been about fourteen or fifteen. She was adamant that all cultures are equal. I looked at her father. He seemed to me from his expression to have resigned himself to the inevitable. It had echoes of Winston Smith’s cellmate, Parsons, in 1984. Dobbed in by his young daughter, he explained that “it shows I brought her up in the right spirit, anyway.”

I recently attended a dance performance by a number of schools. To explain why I put myself through this – my granddaughter was performing. We, us adults in the audience, had to put up with young schoolchildren lecturing us at regular intervals about climate change and sustainability. Why couldn’t they just dance? How old fashioned of me.

I assume force feeding children socialist nostrums and climate change has been going on for decades under the radar. Many are grown and have become teachers, university lecturers, broadcasters and journalists. But, even if true, this explanation is deficient. Why did teachers become bolshies? Mine weren’t.

It might come down to God or, to the point, His absence. Modernity and God don’t seem to fit. Even a lady at my church used the “in this day and age” phrase to undermine some biblical teaching. Of course, it is nonsense. The prosperity we have is a superficiality which disguises the fact that nothing of substance has changed over the past two or three thousand years.

We have the same basic needs, exhibit the same emotions, commit the same sins and suffer from similar diseases of body and mind. We need God just as much as we always did. But if He ain’t around other things will fill the gap. Utopia on earth promised by socialism. Defeating the CO2 Archfiend replaces wrestling with Beelzebub.

I might be quite wrong about the cause of the current malaise. But there is malaise at the heart of our Western civilisation. As I said, we live in dangerous times.

Blame it all on Lawrence

Pyne’s Conscience Wasn’t on the Ballot