A Bill That Was Neither Arthur Nor Martha 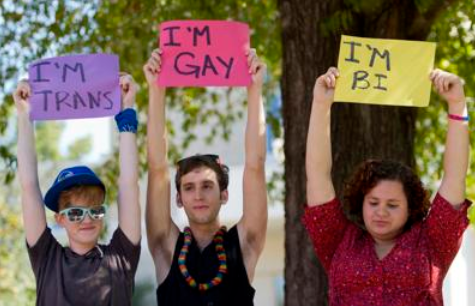 Sexual politics bedevil Scott Morrison. And I don’t mean, for present purposes, the cacophony of harpies at the National Press Club. I mean so-called moderates (wets and leftists) within his own ranks scuttling his attempt to protect religious freedom. What has religious freedom to do with sex? Well, while hetero-fornicators take it in their stride, same-sexers and change-sexers don’t care overmuch for fire and brimstone from the pulpit. I suppose that’s one way to sum it up.

The shenanigans over the Religious Discrimination Bill (RDB) were confusing, weren’t they? Who was for what, and what, at any one time, was the ‘what’? And where are we now?

A complication, which I’ll come to, when tackling discrimination through legislation is parliamentary draftspersons. They seem incapable of using plain words. A company for which I worked, once sought advice from a major law firm. Back came convoluted legalise in reams. Went to the late SEK (Samuel Edward Keith) Hulme QC. Back came clarity in two and a half pages. It can be done.

The problem faced by the government was not the Religious Discrimination Bill (RDB) per se but the existing Sex Discrimination Act (SDA); specifically, section 38(3), which the gay lobby in the parliament wanted excised as part of the package. Here is the whole section 38 below. Advisedly, I have combined its three parts into one, as laid out in brown text between square brackets:

Nothing in paragraph 14(1)(a) or (b) or 14(2)(c) renders it unlawful for a person to discriminate against another person on the ground of the other person’s sex, sexual orientation, gender identity, marital or relationship status or pregnancy in connection with

[1. employment as a member of the staff of an educational institution or

2. a position as a contract worker that involves the doing of work in an educational institution or

3. the provision of education or training by an educational institution] that is conducted in accordance with the doctrines, tenets, beliefs or teachings of a particular religion or creed, if the first-mentioned person so discriminates in good faith in order to avoid injury to the religious susceptibilities of adherents of that religion or creed.

I have combined the three parts, because only through a process of elimination does the import of part 3 emerge clearly. The first two parts, as you can see, cover staff and contract workers employed by educational institutions. Ergo part 3 must cover students, though direct reference to them is excluded lest clarity prevail.

Now, you guess. What power does this section 38(3) of the SDA give to a religious school to refuse to admit or to expel students for being gay or for comporting themselves as being the opposite of their biological sex. I personally don’t know. It’s vague and, in any event, depends upon whether their presence can be shown, in good faith, objectively, to injure the religious susceptibilities of the adherents of whatever is the applicable religion. What does “injure religious susceptibilities“: actually mean? Who knows? It’s gobbledegook.

Martyn Iles, executive head of the Australian Christian Lobby (ACL), has his own take on the provision. While noting “that it may not be perfectly drafted” — you can say that again — he explains that the right to expel gay and transgender students is “not the reason it exists … and is not the way it is ever used.”

Iles suggests that the provision simply allows a school to have a Christian ethos, to have traditional polices around girls’ and boys’ bathrooms, uniforms, dormitory arrangement’s, prohibition of same-sex coupling at school formals, and the like.

I want to agree with Iles and I suspect he’s right on a practical level. But the words in the provision could on their face be construed to allow a school to expel a gay student for being gay, if the expression of his gayness is taken to be injurious of religious susceptibilities. That would be concerning. On the other hand, as I’ve previously argued, a Christian school must have the right to draw any number of lines, most having nothing to do with sex, to protect good order and its religious identity and integrity. It’s just very difficult to put it into law when the focus is on sexual preference. If the provision simply means what Iles says it means, then why not reflect that in written law.

As it stands, I’m of two minds. I don’t agree with any law giving license to a school to discriminate against students for their sexual orientation. At the same time, I don’t accept that it is discriminatory to insist on adherence to behavioural protocols which flow from a school’s religious ethos. Maybe that’s how section 38(3) should be amended.

As part of deal-making, the government temporarily and mistakenly landed on removing 38(3) except in reference to gender identity. Hacking away at legislative provisions without exploring the consequences is never a good idea. And for now, canning the RDB is the best outcome in the circumstances. Sadly, the circumstances are a cultural and political landscape which is no longer anchored in Judeo-Christian values. That’s been a very bad development and we’ve not yet seen all of the misery it will bring. Look at the ABC; at, say, Laura Tingle and Louise Milligan, for an insight into the future. Christian schools will need all the help they can get.

Finally, to gender identity. Over which, my local federal member, Trent Zimmerman got his knickers in a knot. Memo to Trent from a constituent: You can’t have a student with male genitalia given access to girls’ bathrooms on school grounds, even if when attired in a skirt. You can’t have Bill becoming Jill and flouncing around school grounds in a skirt in an all-boys’ school. It would be disruptive and unseemly. You can’t have Jill becoming Bill and wandering into boy’s bathrooms. Things could go wrong, for “Bill.” And what precisely is an all-girls’ school to do with Jill who insists on being Bill? Coming out of the closet is one thing; bringing Les Girls to St Mary’s or St Sebastian’s High is quite another.

The Legions of Ephialtes