Why I’m Done With the Faux Centre 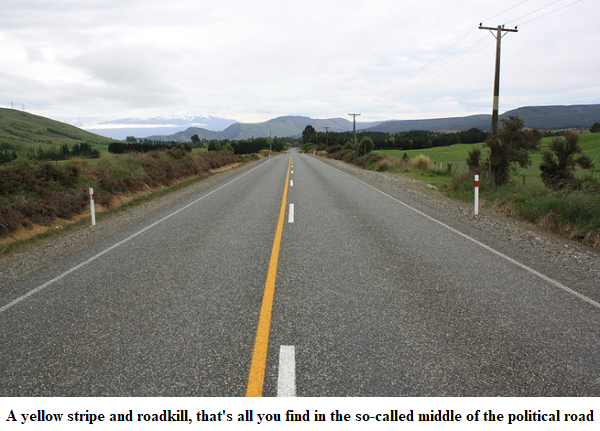 In July this year, Jack Snelling and Tom Kenyon, both former ministers in South Australian Labor governments, resurrected the defunct Family First Party (FFP). The party intends to contest the next state election (to be held on March 13, 2022) and, possibly, the subsequent federal election. For me, at any rate, the idea of traditionalists emancipating themselves from the PC strictures of the ALP and joining forces with conservatives more generally aligned with the Liberal Party was compelling. Though I have never joined a political party, I signed up for this new incarnation of Family First without a moment’s hesitation.

The assumption that erstwhile Labor and Liberal stalwarts working together would result in an opportunistic compromise of a party could not be further from the truth. The FFP’s social platform is conservative through and through, while its economic policies – as articulated by Tom Kenyon at its first public forums – are textbook centre-right: the wages and living conditions of ordinary Australians should not be undermined but, at the same time, spiralling government debt is irresponsible beyond measure. The FFP is not even attempting to position itself as a party of the centre and so some deride it as the radical right and yet authentically conservative would be nearer the mark.

Besides, the so-called centre has become the political playground or every kind of modern-day fraud. Take, for instance, Simon Holmes à Court, “cleantech investor” and convenor of the Climate 200 enviro-activist pressure group, who claims to be an enthusiast for “the sensible centre”. In a recent opinion piece for the Australian, Holmes a Court asserted that the Liberal Party had “systematically abandoned the sensible centre, leaving the space wide open for independents”. His solution? Funnel money through his lobby group to “cleanskin” independent candidates at the 2022 Federal election.

Readers were not fooled by Holmes à Court’s ruse if the hundreds and hundreds of witty and acerbic responses to his piece are anything to go by. Why only bankroll candidates standing against Liberal incumbents? Why not Labor ones? Holmes à Court’s explanation was disingenuous: “The independents we’re backing have been animated by the failures of this government, so it’s not surprising they are stepping up in government-held seats.”

The reality is that Holmes à Court happens to be a fellow traveller of the Greens/Labor Left and Climate 200 is his dishonest – and, I would add, anti-democratic – way of reducing Scott Morrison’s chances of re-election. We need only link to Holmes à Court’s twenty-four anti-Coalition and enviro-activist contributions to the Guardian newspaper over the past three years to see that the connection between Holmes à Court and “the sensible centre” is, to put it delicately, tenuous.

I say anti-democratic because if Simon Holmes à Court feels so strongly about affecting the political make-up of the next government of Australia why not join the Greens or run for parliament himself? Simon the Rich scorns a character such as Clive Palmer spending millions “helping re-elect the Coalition” and yet they are both in the same inequitable game of buying political influence. Holmes à Court might argue that Climate 200’s political investment will “save the planet” but Palmer could just as easily respond that his millions of political dollars will “save Australia”. Both, ironically, claim to be representing the “sensible centre”.

The sensible centre delusion existed long before the advent of Kevin Rudd, but his contribution to the politics of ostensible moderation is noteworthy. Kevin 07 presented himself to Australian voters as a kind of John Howard Lite. He promised “to get the balance right” but then abandoned Howard’s “Pacific Solution” and leaving Australia vulnerable to the perilous people-smuggling business. Likewise, Rudd’s supposedly sensible approach to Christianity during the 2007 campaign won him the electoral backing of the Australian Christian Lobby (ACL), in part at least for his allusions to Dietrich Bonhoeffer, the anti-Nazi Lutheran pastor. However, only this year, in an article for the Guardian (where else?), Rudd insisted that his liberal or, we might say, sensible interpretation of the Bible (“garden-variety theology”) is alone the appropriate one for Australia and Scott Morrison’s more literal reading should be rejected as “radical political theology”. The ACL, I am supposing, would not today endorse the likes of Kevin Rudd.

But the deception and self-deception of the sensible centre also finds its place in the Liberal Party in the form of self-ascribed Moderates. How unsurprising that, according to onetime insider Chris Kenny, the policy differences between a Labor “centrist” such as Kevin Rudd and a Liberal moderate such as Malcolm Turnbull were minimal and, we might add, remain so to this day. They are “frenemies”, in the terminology of Kenny. Back in 2009, for example, they could have achieved a Labor-Liberal agreement on the government’s key policy, the Carbon Pollution Reduction Scheme (CPRS), had not the “fatal flaw” in Rudd’s personality intruded. Today the two make similar pronouncements on any number of issues, the merit of diesel-powered French submarines, Catastrophic Anthropogenic Global Warning (CAGW), the perfidy of the Murdoch press and so on.

Holmes à Court’s contention is that the Moderate faction within the Liberal Party might “try to soothe their frustrated electorate, but even if these ‘moderates’ are speaking up in their party room, they haven’t won a fight in living memory”. Here, more than anywhere, we discover that “the sensible centre”, for a partisan like Holmes à Court, is little more than the elemental policies of the Australian Greens. The Greens, of course, have every right to exist and participate in our democratic process, but to insist that they are a middle-of-the-road organisation and that their monomaniacal mantra is the only responsible option for every other party on the political spectrum must be rejected as abhorrent or worse – despotic.

It is much the same for the claims of the Liberal Moderates or Modern Liberals to hold the “sensible centre”. Moreover, Holmes à Court’s assertion that the Moderates “haven’t won a fight in living memory” is risible. In South Australia, as is the case in a number of other states, it is the Moderates who dominate the party on every front, a hardly controversial claim. Caleb Bond, admittedly a conservative, is just one commentator who has noted the obvious: “The South Australian Liberal Party is almost entirely run by moderates. Bit by bit, they have taken control of the party … there are almost no conservatives left in the parliamentary Liberal Party in South Australia.”

The conundrum for the Christian and/or conservative, as articulated by Tom Kenyon, is this: who to support when the ALP does not even try to attain your vote while the Liberal Party assumes you have no alternative but to vote for SA Premier Steven Marshall’s team of self-styled Moderates? We are also again with the linguistic sleight of hand of those who claim to represent “the sensible centre”. After all, an antonym for sensible is moderate. If you oppose the purported sensible centre does that automatically brand you as irrational and fanatical? And if you are an opponent of the policies of the Moderates does that make you extreme?

In truth, it is the Liberal Moderates who have pushed through radical new laws on abortion and euthanasia, radical in the sense of constituting a dramatic departure from traditional Western civilisational norms associated with the sanctity of human life. Five thousand marched in vain through Adelaide in February this year to peacefully protest the Termination of Pregnancy Bill. Though a majority of South Australians opposed the “Abortion-to-Birth” bill, none other than Liberal Attorney-General Vicki Chapman spoke blithely about late-term abortion “giving women choice” after it passed through the Legislative Assembly before preceding to the Legislative Council. The radicalism of the Moderates has also seen the state budget blow out from $11 billion to $33 billion, half of that increase occurring before COVID-19 struck. On the subject of the coronavirus, the Liberal government has still to rescind an emergency law after eighteen months even though it was intended for brief 24-hour or 48-hour periods associated with natural calamities such as bushfires.

The immoderation of the Moderates has its genesis – if from a different political perspective – in the same kind of hubris exhibited by Simon Holmes à Court. We should not be taken in by Liberal Moderates or Kevin Rudd or Holmes à Court that their worldview, whatever its merits or otherwise, corresponds with a fiction known as “the sensible centre”. The Family First Party gives every indication of being an authentic centre-right party with genuine conservative sensibilities. I can stand by that.

11 thoughts on “Why I’m Done With the Faux Centre”

Our own ‘cranks and crazies’

No More Than Moderately Barbarous