For an audience of one 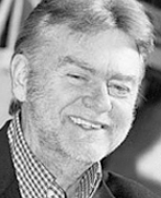 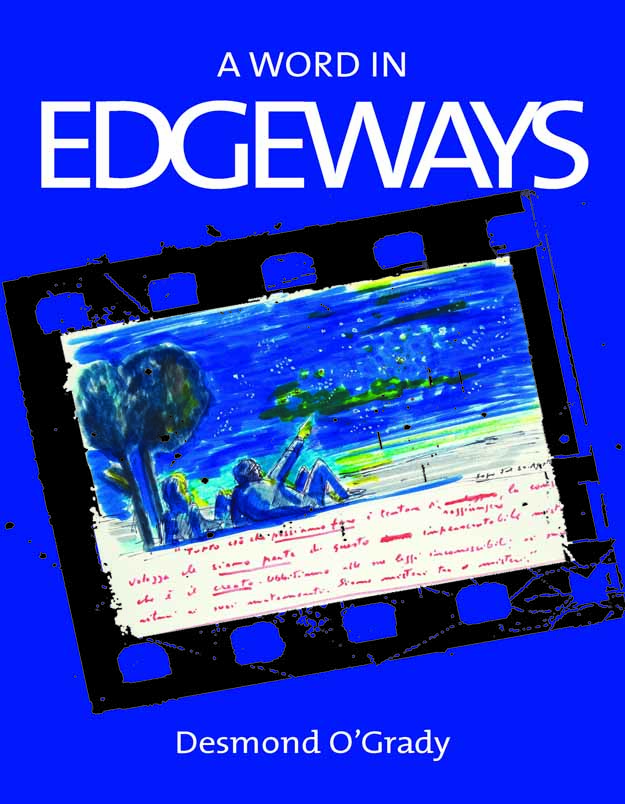 I admired with some ambivalence Des O’Grady’s relentless capacity to ‘milk information’ from everybody we encountered, from truck drivers offering rides, to chatty ladies in pubs and milk bars. We could never work out whether Des was coolly collecting information for some distant journalistic project or sincerely curious about the Tasmanian condition.

Is the interview the lowest form of writing? Particularly interviews with writers which often consist simply of writing what they say about writing. In these cases, it can be the offspring of a meeting between a fan and an egoist as suggested by the anecdote of a writer who, after talking endlessly about himself, said brightly, “But that’s enough of me. Let’s talk about you – what did you think of my latest book?”

Verbatim reports of phoned interviews are now published frequently but there are dangers in relying on what one thinks one hears by phone. This was illustrated on the death of John Paul II when one newspaper reported him lying in state flanked by part of a bird, a “crow’s ear.” In fact he had a bishop’s staff, a crozier, beside him and presumably the confusion was due to a phoned report. Email interviews in which all the questions must be posed at the beginning are even more dismal because they exclude questions spurred by responses. For all the interviewer knows, the answers could be given not by the interviewee but by his minder, psychiatric nurse or PR outfit.

The limitation of email or phoned interviews is that they are text without context such as the tone in which answers are given, the gestures which accompany them and the setting. Television and video can capture the context but phone and email dematerialise, they eliminate revealing physical factors. And there is less chance than in face-to-face interviews that the reader will learn something about the interviewee or the interviewer.

The best written interviews not only steal the interviewee’s words but frequently incorporate the story of the interview, how it was obtained and took place. They are crafted impressions rather than verbatim records, lively but never ‘live’. As they can distort, to avoid this danger some people consider only question-and-answer interviews are authentic. But written interviews can be an honest combination of spontaneity and artifice, a literary or sub-literary genre: to adapt Nicholas Tomalin’s phrase, in addition to “rat-like cunning, a little literary ability is needed”. Like short stories, they must try to convey a lot with few details.

These can be more revealing than the interviewee’s probably-rehearsed spiel about writing and career. I was struck by Alberto Moravia’s inability to sit still and his partial deafness which, I suspected, enabled him to respond, in his high, querulous voice, only to questions which suited him. His jerking around in his chair and jigging his feet seemed signs of restless energy bottled up during a long adolescent illness which had kept him immature or younger than his years.

I met Anthony Burgess at his apartment in Rome’s Left Bank Trastevere district. Not only did he rage against Stanley Kubrick for paying poorly, years before, for the film rights to A Clockwork Orange but raged also against thugs who the previous night had done a clockwork-orange job on his camper parked in front of his apartment. He was touchy about some poems by his comic character, Enderby. I presumed they guyed Enderby but Burgess took them seriously. He said that not only did he revise each page of his novels thoroughly before going on to the next but, when he ran into writer’s block, sometimes found inspiration by seeking synonyms for the words he was using. The synonyms spawned other words in a verbal pathogenesis. I warmed to Burgess as a street fighter who would cheerfully wrestle with anyone, even in mud. He was generous with his time but, in exchange, got me to give his wife, Liana, a lift to their other apartment at Lake Bracciano north of Rome.

Episodes before or during an interview can transform the occasion. In the case of my interview with Jorge Luis Borges, the most interesting event preceded it. An Italian publisher, Franco Maria Ricci, had brought Borges to Italy to “release him from the labyrinth of the Argentine National Library” but also to obtain publicity and did not welcome me interviewing him for use outside Italy. When I went to Borges’ hotel at the top of the Spanish Steps in Rome, Ricci told me unhelpfully that he was out. But a porter tipped me off that Borges had gone to Babington’s tea rooms at the foot of the Steps and I fetched him there. As we climbed the stairway blind Borges, who leant towards me with unexpected eagerness, was interested in everything. During the interview Ricci kept opening the hotel room door impatiently to show we had gone overtime but, as Borges could not see Ricci, he continued calmly to recite the Lord’s Prayer in Anglo-Saxon or go on unhurriedly with whatever else he was saying. But the liveliest exchanges had already taken place as we climbed the Steps.

Borges was more communicative than I had expected but Tennessee Williams confirmed the direst things that had been written about him. Williams’ confusion, due to a combination of drugs and influenza, made even the interviewer, who had misgivings about requesting the meeting, feel embarrassed.

I was embarrassed also with Rebecca West because of the contrast between the uncertain, grey-haired Dame Rebecca and my image of her as an assured, attractive young woman 70 years earlier. I had hints of her condition when ringing several times from Rome to arrange the radio interview but they were nothing compared to the sight of a bent old lady carrying her typewriter and telling me that she was all thumbs while using it. But she gave a gripping interview which vanished into thin air instead of sticking to the tape.

Saul Bellow’s physical condition, his recovery from a grave illness, disposed him towards an interview. As the appointment was in his university office in Boston rather than at his home, I feared that there would be little atmosphere and no relaxed exchanges which are often the most revealing. Fortunately, from Boston his assistant rang me in Rome to postpone the appointment for an hour because Bellow wanted to hear a lecture by the poet-translator Richard Wilbur. In Boston I attended the lecture, introduced myself to Bellow at its conclusion and accompanied him back to his office. On the sidewalk we discussed a mutual acquaintance, compared Boston with Chicago, and he also spoke to friends passing by. I obtained insights not available if I had met him only in his office as a talking head.

Czeslaw Milosz’s deafness was a plus as well as a minus during our interview. Although the Nobel Prize-winning poet was full of goodwill, this defect inhibited our exchanges but it also provided the punch line for my account.

Milosz and Milovan Djilas were among the first former Communists to disclose the canker of the system. Milosz moved to the West, Djilas stuck it out in Yugoslavia where prison provided the Communist equivalent of a university creative writing sinecure in the West. Stoically he had weathered incarceration, censorship, ostracism and constraints on travel which inspired the last wistful comment in his interview.

Tackling interviewees at their home often illuminates the relationship between the public and the private person. For instance, it was intriguing to see in their rural retreats Jeffrey Smart, who uses much highway decor in his paintings but opposed construction of a road near his Tuscan villa, and Oliviero Toscani whose United Colors of Benetton advertising campaigns shocked city-dwellers worldwide. Their chosen settings contrast with the images which have made their names whereas those of the novelist Shirley Hazzard, whether in Naples or New York, were more in harmony with her work.

Work places can be revealing. The ballet rehearsal studio of the La Scala star, Alessandra Ferri, reminded me of the Milanese gym – where the Italo-Australian former world light middleweight champion, Rocky Mattioli, worked out, jabbing, weaving and hissing like an airbrake. There was the same intense physical activity, the same absorption, and the same trance-like atmosphere. Work sites are halfway houses between the interviewees’ home life and public performance. In some cases, the interviewer is treated as an audience of one but in others he is considered a fellow worker. One sees the hard yakka which underlies success, the grind without the glitter. And being with interviewees where they hone their talent often disposes them to talk freely.

10 May: Connor Court dinner with Desmond O’Grady speaking on “The Christian Democrats, the Vatican and the Mafia in Italy during the Cold War”. Booking details here…

The problem is us