Mask and You Shall Deceive 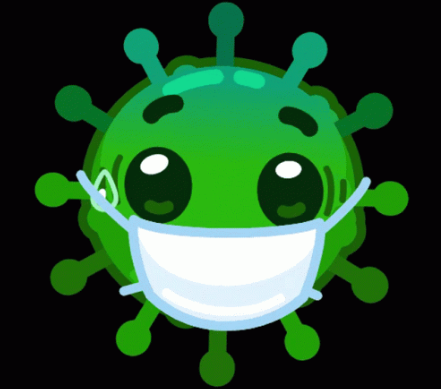 Disappointments are part of life. One particular class of disappointments concerns conservative politicians who after attaining power go to water. Or, in the case of Boris Johnson, turn out to be a one-trick wonder. Brexit done, nothing much left that isn’t of the Left.

Donald Trump disappointed least among the cohort of recent centre-right leaders. This is faint praise you might think, coming from an unabashed Trump supporter. Well, to put the record straight, he was personally magnificent. He had all of the right instincts on policy and a narcissistic turn of mind to boot. And in case you fail to see the advantages of a touch of narcissism, you haven’t properly considered the intent of the media to drag him down every minute of every day. I can’t think of anyone else who could have stood up to it. He needed lots more self-esteem than is generally doled out, even to preening pollies.

Where Trump fell short is that he couldn’t control the machinery of government. The goal of draining the swamp was chimeric. Even many of his picks went awry. For example, Jim Mattis (Defense), Christopher Wray (FBI), Rex Tillerson (Sec. State). One man, even if president, is just one man against the entrenched state juggernaut. And to backtrack to Boris. Apparently, he has the same kind of problem in coming up against Mrs Johnson.

I can’t say I ever expected much from Scott Morrison. His record as Treasurer of bringing in a capricious bank tax (opening a door for Labor) and his callous impoverishment of part-pensioners said a lot about his principles or the absence of them. He hasn’t disappointed since becoming Prime Minister. Hail-fellow-well-met summed his dealing with recalcitrant state premiers and their border closures. And he’s soon to become Mr Net Zero.

How will he explain his railing in April and May 2019 against the much more modest emissions-reduction plan of Bill Shorten? He won’t. The prevalence of video recordings these days would, you would think, make politicians think twice about turning on a dime. Not a bit of it. Bring coal into Parliament one day to goad the opposition; join them to extol the magic of zero emissions the next. Now you see it, now you don’t.

I should mention Tony Abbott. So much promise. What a waste. No sooner elected with a thumping majority than he raised a range of taxes, none of which he had foreshadowed in his campaign. It was all downhill from there.

This brings me to new NSW Premier Dominic Perrottet. A conservative Christian. Hopes soar. Hopes, I fear, will soon plummet. He has already explained that his Christianity is “personal to me.” This is the same Christianity that of all cultural influences has been most responsible for building the modern, prosperous and free Western world; which still provides the best hope for mankind. There is no better marker of the liveability of a country than whether it has been shaped by Christianity.

The current corrupted culture explains why Perrottet must personalise, keep contained, his Christianity. Can’t really blame him. What else can he do as a politician. As Andrew Breitbart was fond of saying, “politics is downstream from culture“.

The prevailing culture is increasingly a woke derivative of Marxism. That’s also why Perrottet had to strike a deal with minister-for-green Matt Kean. It’s why Education Minister Sarah Mitchell will do little about the pollution of young minds in schools; why Bruce Pascoe is still a source of “learning” on Aboriginal history.

Perrottet will have little room to move. Nevertheless, he didn’t have to be the first political leader in the history of the Commonwealth of Australia to bring in medical apartheid; to institute vaccine passports. It doesn’t matter that he is following Ms Berejiklian’s plan. She’s gone. He’s in the chair. He could have changed it. He didn’t.

On Monday, October 11, 2021 in NSW, healthy, non-infected, people will be denied rights (e.g., to sip coffee in a café, to attend church, go to a gym) available to people infected with COVID, provided such people can show they’ve been vaccinated. As I read the complex rules, the unvaccinated will be compelled to wear masks outside while they, the privileged majority, will be free of this useless mandate. Might as well give out yellow stars.

Let’s be clear. These vaccines are experimental. No ifs or buts. They have not undergone five-to-ten-year trials. Second, they are leaky. They do not sterilize the virus. They do not prevent those vaccinated from catching the disease and passing it on. And their effectiveness in preventing serious disease quickly wanes. In those circumstances there is no basis for coercing people into being vaccinated, which is precisely what Perrottet is doing. It is discriminatory. It offends against the Nuremberg Code. It might well be illegal in Australia, offending against the Disability Discrimination Act 1992. And, it is, most definitely, unconscionable. Let me emphasise, Perrottet is doing it and, in doing it, he is beating a path for Daniel Andrews et al.

It was such a big chance missed. He would have made it difficult for any other premier to act tyrannically – for that’s what it is. As it is, one of those rare chances for a conservative Christian leader to make a difference, to do the right thing, has bitten the dust.

Living in the Bangkok storm