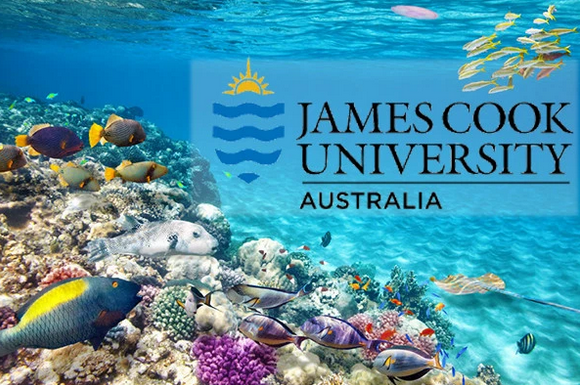 Prime Minister Scott Morrison once said he did not care about attacks on free speech, because free speech “does not create a single job”.  Well, Prime Minister, it is now clear that one can actually lose one’s job for daring to express an opinion that challenges the dogmatic beliefs of the academic elites and university administrators.

Academic Peter Ridd has lost his High Court appeal against James Cook University (‘JCU’), after he was sacked for breaches of the university’s code of conduct relating to public commentary about the Great Barrier Reef which the university said denigrated a colleague. He was at first awarded $1.2 million compensation by the federal circuit court but this was overturned by the federal court of appeal.

Wednesday’s decision is the conclusion of more than two and half years of litigation. In a unanimous decision the High Court decided that Dr Ridd’s right to intellectual freedom was not protected under the terms of his employment agreement. On May 2, 2018, Dr Ridd was sacked by JCU. His first alleged misconduct was calling out a fellow academic for claiming that healthy inshore coral reefs were dead due to climate change and deteriorating water quality.[1] Dr Ridd had explained why so much of what is said about the Great Barrier Reef, including by scientists at the Australian Institute of Marine Science (“AIMS”), cannot be trusted.

In April 2019, Dr Ridd won his initial case in the Federal Circuit Court. Judge Salvatore Vasta ordered that the 17 findings made by JCU (including two speech directions, five confidentiality directions, and the final censure given to him) were unlawful. This was a temporary victory for academic freedom of speech. JCU then appealed that decision to the Federal Court of Appeals.

On July 22, 2020, JCU’s appeal was upheld on grounds that Dr Ridd had been “un-collegial” by stating JCU/AIMS’s “systematic deficiencies in their quality assurance processes”. There was no attempt in the judgment to define academic freedom, which is what some would expect courts to do.

No less important, the decision ignored what federal legislation says about universities having the responsibility to protect academic freedom and free intellectual inquiry. Australian universities are created by legislation. They are built on public property and funded by government grants and state-subsidised loans. These universities are legally bound to meet a range of objective criteria in exchange for federal funding. This is a legislative mandate derived from the Higher Education Support Act 2003, which explicitly requires that every university that receives public funding must “have a policy that upholds free intellectual inquiry in relation to learning, teaching and research”. [2]  Such provision was was introduced into legislation by the Higher Education Support Amendment (Demand Driven Funding System and Other Measures) Bill 2011 (Cth).

Also requiring academic freedom of expression is the Higher Education Standards (HES) Framework 2015. The HES Framework explicitly mentions that every university in Australia must uphold “free intellectual inquiry”. “The higher education provider must have a clearly articulated higher education purpose that includes a commitment to and support for free intellectual inquiry in its academic endeavours”, HES Framework adds.[3]

Australian universities are also legally obliged to comply with federal regulation derived from the Tertiary Education Quality Standards Agency (TEQSA), the nation’s independent national quality assurance and regulatory agency for higher education. In its 2017 ‘Diversity and Equity Guidance Note’, TEQSA stated: “Measures taken to accommodate diversity should not contravene the pursuit of intellectual inquiry, and more generally, freedom of expression”.[4]

None of these protections of the law have assisted Dr Ridd, who was summarily dismissed by his employer on charges of bringing JCU into “disrepute” — a somewhat ironic position when one considers that, in relentlessly pursuing him, it is JCU that has arguably brought itself into disrepute.

Today’s court case did not hinge on the veracity of Dr Ridd’s statements. Rather, the judgement was confined to whether he had broken the conditions of his employment contract. The court’s judgment summary says Dr Ridd “submitted that all of his conduct was an exercise of the intellectual freedom … and could not be a serious breach of the Code of Conduct”. But the Court unanimously dismissed the appeal, saying “the intellectual freedom protected by cl 14 of the Enterprise Agreement was not a general freedom of speech”. That being so, when asked why he ended up losing the case, Dr Ridd answered: “We lost, in my opinion, because JCU’s work contract, under which I was employed, effectively kills academic freedom of speech”.[5]

In a statement, however, JCU claimed that the court’s decision showed Dr Ridd’s termination of employment had “nothing to do with academic freedom”.  But Queensland’s NTEU Secretary, Michael McNally, dares to disagree. According to him, Dr Ridd was “rightly exercising his academic freedom” and that decision “demonstrated why it was important that academic freedom clauses were protected during enterprising bargaining”.[6]

Writing for The Epoch Times, Gabriël A. Moens, an emeritus professor of law at the University of Queensland, comments that

the Court rejected the proposition that the quality of the research work undertaken in a university may be publicly criticised, even though the research is funded by the public purse and the state of the Great Barrier Reef is an issue of concern to all Australians.[7]

The court ruling was also heavily criticised by Sky News commentator Fred Pawle. As a result of this ruling, according to him, “any researcher who tries to blow the whistle on such allegations in our publicly funded research institutions – and there is enormous reason to believe that such misbehaviour exists – has been warned: don’t even think about it. You will lose your job for doing so”.[8]

In similar vein, John Roskam, executive director of the Institute of Public Affairs (IPA), has expressed his “dismay” at the judgment:

This decision proves Australia’s universities are in crisis and a culture of censorship is overtaking Australia. Our institutions increasingly want to control what Australians are allowed to say and what they can read and hear.

In my opinion, there is little doubt the majority of these university administrators are failing to properly exercise their legal (and constitutional) obligation to protect freedom of speech on our campuses. As an academic myself, I have noted with great despair that the suppression of free speech has become a very real thing in many of our universities, and that the silencing of minority opinion has been quite systematic.

According to Greg Craven, a law professor who was Vice-Chancellor of the Australian Catholic University, there is indeed a strong sentiment in the community that “universities are more interested in their public image, and not upsetting their Departments of Woke, then protecting fundamental academic freedom”.[9]  After reminding us that at the heart of academic freedom is “the right to take a view with which your colleagues disagree”, Craven comments that, especially in the fields of law, history and political or environmental science, “it can be very dangerous to be a dissenter and work in an Australian university”.[10]

The High Court had the duty to uphold the existing legislative protections to academic freedom in accordance with the statutory standards and federal regulations. Unfortunately, however, the Court has failed in its important task and now the right to academic freedom is effectively dead and buried in this country.

Augusto Zimmermann LLB, LLM, PhD, CIArb, DipEd, is Professor and Head of Law at Sheridan Institute of Higher Education in Perth, WA. From 2012 to 2017, he served as a Law Reform Commissioner in Western Australia. Professor Zimmermann is also formerly tenured legal academic and Research Dean at Murdoch University, School of Law.

[7] Gabriël Moens, ‘Academic Freedom Relegated to the Dustbin of History’, The Epoch Times, 13 October 2021, at https://www.theepochtimes.com/academic-freedom-relegated-to-the-dustbin-of-history_4046132.html