Neanderthals to Humans to Post-Humans 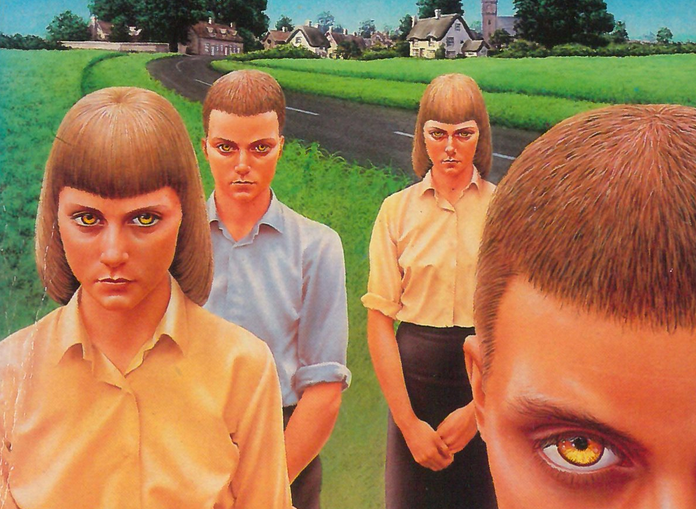 I can’t recall in my younger years being worried about unfolding world events. There was the possibility of nuclear war with the Soviet Union. But no-one really feared it would come to that, apart from President Kennedy in the Oval Office getting kind of anxious during the Cuban missile crisis.

China has now replaced the Soviet Union as the nuclear threat. Get anxious about it if you like. Me, I have more pressing things to worry about. These aren’t remote possibilities. They’re happening as we speak.

Climate changes is wreaking havoc on the planet and COVID laying waste to human life. We are in Trouble; you will note, with a capital T. And then to cap it off, as it were, young Jill at school doesn’t seem know whether she’s Martha or Arthur, while being equally concerned, in either case, about being respected and given a fair go in later life. And young Bill, if he’s white, knows that he’s an incurable racist and sexist; and, if of colour, that he’s destined to be put upon by the white Bills of this world.

I can’t turn my attention to war with China while all this is going on. It’s occupying my mind, even pushing important things like football and cricket aside.

What to do? It wouldn’t be so hard if we had lefty-green politicians in charge like my local federal member Trent Zimmermann and, Abbott-beater Zali Steggall in the adjoining electorate. They might wisely say, listen to teenagers. They’ll have the answers.

Remember, the very immaturity of teenagers’ brains helps them cut to the chase and avoid those pesky practicalities, which a diminishing cohort of boring adults insist on coming up with. Even better if their mental faculties are, shall we say, a little off centre. Then pesky practicalities don’t even exist. There’s only clarity. Greta Thunberg shows the way.

We must immediately stop using all fossil fuels. Turn off air-conditioners and heaters forthwith. Every spare acre of open land must be saturated with wind turbines and solar farms. Belching cows are a no-no. People must eat insects and stay home. Travel uses energy, wears out shoes and clothing, and contributes to the transmission of COVID.

Osculating must be limited except under controlled conditions. Children must be dressed and treated androgynously. White boys must be injected with a dye to make them brown. OK, I went too far there. Redact that last one. Just that one.

Surprised by my wokeness? I’m faking it. Practicing how to survive an inquisition by the tribunals révolutionnaire in the coming reign of terror. In fact, but keep shtum about it, I don’t think climate change is an existential problem; nor, perhaps, any problem at all. It’s jolly cold in Sydney at the moment and I’m burning natural gas to keep warm. I wish I had an open coal fire. And when Earth Hour comes around, mischievously, I switch all my lights on. Memo to me: stop that in future. Google is watching.

I also think that COVID has been grotesquely hyped. But then, unlike the powers that be and their cheerleading media chums, I’m not carelessly indifferent to the damage lockdowns cause to people, their lives and livelihoods. And I think children should be taught the three Rs and otherwise be seen and not heard; told to get on with it if they whine; and told not to be silly if they get strange ideas. I am, in a phrase, incurably Neanderthal in my outlook.

I’m not claiming that I have more Neanderthal DNA in my genome than the next chap; in fact, I fancy myself as having less. No, what I mean is that I feel like Neanderthals must have felt as they saw their species overtaken by humans. Humans probably had lots of funny and threatening ways from a Neanderthal perspective.

From my perspective, when I look around, I mostly see evolved (devolved?) creatures calling themselves humans. Not shape-shifting lizards you understand, apropos my disclaimer below, but post-humans. Their brains have become tunnelled to avoid exposure to non-ABC-type views. They are terribly fearful of climate change and COVID. Terribly fearful full stop. Want to be kept safe.

They embrace renewable energy, with no insight at all into its ineffectiveness; they embrace lockdowns, masks, social distancing and staycations; and I have an uneasy feeling that chomping enthusiastically on insect hors d’oeuvres isn’t too far away.

As it was for Neanderthals, the game is up for us. We cluster in laagers. Consolingly, they don’t really have to guillotine us. All they need do is to mould the young in their post-human ways. Death picks us off. They might just wait us out. That’s the optimistic scenario.

Important disclaimer: I tend not to believe that a cabal of shape-shifting alien pederastic lizards rule the world. Does Scott Morrison? I came away from the latest Four Corners exposé with questions. All I’ll say is it’s plausible, Ms Milligan. More proof required. Can’t wait for follow up. On edge of seat.

The ABC Site That Time Forgot