Speech for the launch of Richard Morgan’s book Lessons From the Global Financial Crisis. The relevance of Adam Smith on morality and free markets.

In the early 1990s Dr. (now Professor) Michael Pusey wrote a book entitled Economic Rationalism in Canberra, which, according to Professor Pusey’s website, “showed how Canberra had been taken over by ‘economic rationalists,’ and warned of the economic and social costs of free market economic reform.” Around the same time, Robert Manne, the then editor of Quadrant, mounted a series of attacks on the economic reforms initiated by the Hawke and Keating Governments, and passed through the parliament with the support of the Coalition parties.

Although I was in opposition at the time, I am pleased to be associated with the support of those reforms, which had been promoted by the so called “Dries” during the period of the Fraser Government, but received little support both from the then government or from the then Labor opposition, as the ruling groups of both sides of politics were committed to the “Australian Settlement”, the combination of industrial protection and centralized wage fixation that guided public policy from the time of Deakin to its dismantling, initially by Hawke and Keating, and continued by the Howard Government. 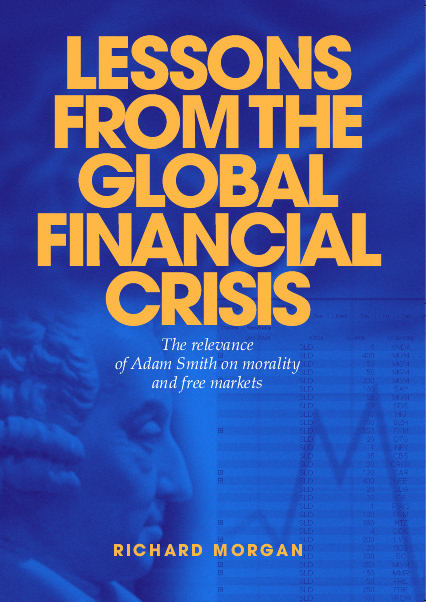 It is amazing that an economic framework based on fundamentally flawed principles, although put forward with the best of intentions, should have lasted for some 80 years. In a classical example of judicial activism, Justice Henry Bourne Higgins of the Federal Conciliation and Arbitration Court, in 1907, decided that the law should determine “a fair and reasonable wage”, sufficient to support workers as “civilized beings” in a standard of living appropriate to a “civilized community”. Where the money was to come from was of no concern to His Honour, described by P. G. McCarthy as a person with “courtly manners and a scholarly mind with ultra radicalism, almost priggish high principles and quixotic independence – he had a deep compassion for the under privileged”.

Those of us who share his deep compassion for the underprivileged have a duty to be concerned about the practical means of doing something about it. It is interesting to speculate on whether, if Higgins had emigrated to India rather than Australia, working class Indians would all be enjoying a “fair and reasonable wage”.

Moving on from Dr. Pusey and Justice Higgins, we turn to a more recent essayist, who, referring to the Global Financial Crisis, stated that “The current crisis is the culmination of a 30-year domination of economic policy by a free market ideology that has been variously called neo-liberalism, economic liberalism, economic fundamentalism, Thatcherism or the Washington Consensus”. This essayist goes on to say, “The time has come, off the back of this economic crisis, to proclaim that the great neo-liberal experiment of the past 30 years has failed, that the emperor has no clothes.”

Professor Pusey must surely be dismayed that his ground breaking characterization of these policies as “economic rationalism” has been replaced by the new epithet of “neo-liberalism”. However, just as it is difficult to determine how Justice Higgins’s fair and reasonable wage can be conjured up without determining how it will be provided, it is difficult to reconcile these observations on the depredations of neo-liberalism with the extraordinary economic successes in Australia over the last quarter century, during which time we have seen Australia avoid three international economic recessions, enjoy a significant improvement in real wages, and generate the means to provide a social security system that has seen the least well-off of our citizens improve their relative financial position.

Now what, you will ask, has all this to do with Richard Morgan’s book, entitled Lessons from the Global Financial Crisis. The relevance of Adam Smith on morality and free markets? In summary I can say this book is the most effective antidote I have seen in a long time to the inanity being peddled by those with a deep mistrust of the marketplace, usually coupled with a naïve confidence in the capacity of governments to produce results in areas outside their sphere of competence.

Paul Kelly in his recent book of nearly 700 pages also provides an antidote, and I certainly recommend it, but Richard Morgan in a mere one hundred pages of larger type and wider spacing gives you all the evidence you need to see through the tendentious arguments, the straw man constructions of the anti-market brigade.

The usual form of attack is to define free markets as laissez faire, anything goes forms of economic activity. As anyone who actually bothers to familiarize themselves with what Adam Smith actually said, and as Richard Morgan demonstrates, on no account does Smith advocate laissez faire. To quote Richard Morgan on page 47, “For Smith, a ‘well governed’ society provides for free competitive markets, law and order and infrastructure. If these elements are not in place, he warns, living standards will decline and indeed in extreme cases ‘go backwards.’

The use of the phrase “free competitive markets” is instructive. When we use the shorthand “free markets” we do leave ourselves open to willful or ignorant misinterpretation. Markets are not, in fact free, in the sense we mean it, if they are not regulated to ensure competition. Enemies of the market economy also seize on the word “deregulation” to suggest a descent into laissez faire. During the monumental fight we had in the 1980s in favour of deregulation, what we were fighting for was not the absence of regulation, but the removal of regulation that favoured special interests, characteristic of the rent-seeking paradise of the Australian Settlement. Similarly we need to examine closely any proposals to deal with climate change to gauge their propensity to encourage rent-seeking.

Another aspect of the Morgan book that appeals to me is that he has drawn from both Smith’s great works, The Theory of Moral Sentiments, and Wealth of Nations, to stress the underlying morality, and dare I say it, the deep compassion for the underprivileged, inherent in Smith’s writings. Unlike Justice Higgins, however, Smith has worked out how to improve the lot of the underprivileged. I refer you to page 21 of the Morgan book, the chapter headed “How Living Standards Are Improved”.

It is worth noting here that the Freiburg School of Economics, led by Walter Eucken, used the term “Social Market Economy” to embody both the economic and moral concepts put forward by Smith. They termed their approach “Ordo-liberalism”, and it formed the basis of the so called “German Miracle” overseen by Ludwig Erhard, Economics Minister in the Adenauer government.

I am indebted to Professor Wolfgang Kasper for drawing my attention to the work of the Freiburg School many years ago, and it was highly influential in the thinking of the Liberal ‘Dries’ in the late seventies and early eighties.

In his truly wonderful book entitled Prosperity Through Competition, Erhard describes exactly how he applied the Smithian principles as refined by Eucken and the Ordoliberals to effect the economic recovery and remarkable success of the German post war economy. In his preface to the English edition of 1958 he insists that this success was not due to a “secret science”, but an attempt “to apply in practice the principles of modern national economics …. with a view to overcoming the age-old antithesis of an unbridled liberalism and a soulless State control, to finding a sound middle way between out-and-out freedom and totalitarianism”.

Erhard’s book is replete with his battles against special interest groups both in business and in the trade unions seeking preference against the interests of the consumer. It was heartening to read of the success of his efforts from the immediate post war period up to his departure as Chancellor in 1966, many years before we in Australia reached an age of enlightenment in the eighties. In his book Erhard expresses his concerns about the future of Europe as it moved to integration. Would it move in the direction of the social market economy, or would special interests play too large a part, thus obstructing the freedom and prosperity he had proved was possible? Sadly, the picture is rather dismal, with European collectivism contrasting, for example, with post-Thatcher Britain.

So let’s return to Richard Morgan’s book. It is without doubt a work of meticulous scholarship, distilling the essence of two massive works into a lucid, concise and readable handbook, an indispensible guide to Adam Smith’s timeless exposition of the underlying utility and morality of the competitive market economy. Not only does it summarize Smith’s arguments, but also provides quotations directly supporting the summaries. I was also impressed by the ingenious diagram illustrating the nature and causes of the wealth of nations.

I would like to congratulate Richard Morgan on the outcome of his labours, and also express my gratitude to Anthony Cappello of Connor Court Publishing for making it available to the public. It is a privilege to have taken part in its launch.