The March for Injustice 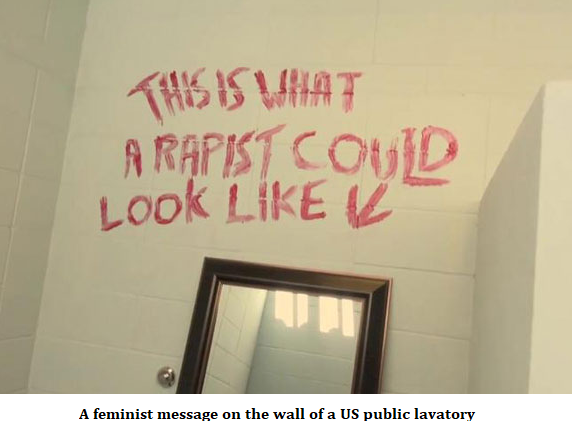 More than 75,000 people attended the March 4 Justice rallies across Australia to protest violence against women, those crowds summoned by former Liberal staffer Brittany Higgins’ allegations of rape in Parliament House and historical accusations against Attorney-General Christian Porter. Apart from the apparent lack of substantial evidence to support the latter accusation, there is also, as Keith Windschuttle puts it,  ‘the lack of reliability of [Porter’s] accuser, who had long-term psychiatric problems that eventually ended in her suicide in 2020’.[1][2]

Prime Minister Scott Morrison offered to meet personally with the organiser of the Canberra march and “a couple of guests of her choosing”. However, in an explosive Twitter post, she rejected the invitation. Nonetheless, Mr Morrison stated: “Today, here and in many cities across our country, women and men are gathering together in rallies both large and small to call for change and to act against violence directed against women.”[3]  Opposition leader Anthony Albanese also expressed his support for the march and attended the Canaberra event, which he said “shone a light on the scourge of violence against women and against children.”[4] One would like to think our politicians are keen to combat all forms of domestic violence, regardless of gender, age and ethnicity. However, in focusing only on women they are guilty of a blatant if unthinking sexism by endorsing the feminist false narrative that men are always the aggressors and women their inevitable victims.

The Truth About Child Abuse

I had the opportunity to receive in my office one morning last week a dear friend who broke into tears while telling me of attending the trial of a 38-year-old woman charged with the brutal murder of her two young daughters. Milka Djurasovic murdered the girls — Mia, 10, and Tinaan, 6 — at their family home in the Perth suburb of Madeley in October 2020.[5]  Philip, whose daughter was in Mia’s class, related how his daughter could neither comprehend nor accept she would never again see her friend. Unfortunately mothers killing of children is not an entirely uncommon phenomenon in this country. Indeed, Australian women account for more than half (52 per cent) of the country’s child homicides.[6]

What is more, Australian males are far more likely than females to become the victims of filicide (murder of a child — 56% to 44%), parricide (murder of a parent –54% to 46%), and homicides involving other domestic relationships (70% to 30%).[7]  In other words, not only are Australian women more likely to kill their biological children than Australian men, they also represent more than half of child-maltreatment perpetrators, a fact confirmed by the Australian Institute of Criminology.[8]

Curiously, one of the greatest risk factors in child abuse and neglect, confirmed by virtually every investigation, is children living in female-headed single-parent households.[9] According to US sociologist David Popenoe, child abuse overwhelmingly occurs in households from which the biological father is either voluntarily absent or involuntary removed.[10]

The Truth About Domestic Violence

For those who accept the feminist narrative that domestic violence is primarily a gender issue defined by men inflicting appalling behaviour on wives and children, I would recommend a book by Paul Kidd, Australia’s Most Evil Women, which asserts that Australia has the world’s highest percentage of female serial killers.[11] As the author points out, “Women murder for a variety of reasons – the most common being the slaying of a husband after [alleged]  years of abuse.”[12] But he also reminds us that only a small number murders actually fit this particular category. There are crimes, writes Kidd, that “could only be classified as pure evil, as no other reason has been found.”[13]  “Who smothers four of her little children to death over a ten-year period and blames cot death? Who stabs her husband to death after sex and then skins his corpse, hangs the pelt in the doorway, then cooks his head in a pot and bakes his buttocks in the oven for the kids’ dinner?’[14] he asks. Or what of the Victorian woman found guilty in November 2018 of brutally murdering her husband by dousing him with paint thinner and setting him alight in front of their children. Victorian Supreme Court Justice Lesley Taylor said Bendigo woman Kate Stone “showed no remorse for what was a barbarous and horrific act”, describing her actions as the “ultimate act of family violence”.[15]

The truth is that women can be as violent as men; the fact that both genders commit violent acts in the home in roughly equal numbers clearly established by so many studies that it requires no reiteration.  However, the Morrison government has spent at least $400 million in a domestic violence campaign based on the feminist premise that this is entirely caused by Australian men and their “toxic masculinity”. Due to that prevailing narrative, domestic violence by women against men is notoriously under-reported. Frequently men do not conceptualise the physical violence they sustain from their female partners as a ‘crime’.

As noted by Sarah Wallace, a senior research fellow at the University of South Wales (USW) who interviewed abused men, there are numerous reasons why domestic violence against men flies largely beneath the radar, including fear of retaliation and a lack of trust and/or confidence in the police. [16]

The Truth About Sexual Harassment

The feminist protest organisers of the March 4 Justice drafted a petition that calls for immediate actions to be taken to protect women from sexual harassment and assault in their workplaces. Make no mistake, accusations of sexual harassment are very serious, must be properly investigated and dealt with accordingly. However, the feminist approach to sexual harassment traduces that ideal.

During the confirmation hearings for US Supreme Court Justice Brett Kavanaugh, convened in the wake of the #MeToo movement, three women made utterly false and unsubstantiated accusations of rape. While there were no legal consequences for those false accusers, what any reasonable man might conclude after watching the attempted lynching of Kavanaugh’s character and career is that open, collegial conduct with female colleagues can result, perhaps decades later, in claims of assault and harassment against which there is no effective defence. Bearing this in mind, a wise and wary male will avoid being alone with a female co-worker lest accusations requiring him to prove his innocence arise. Is this really what feminists see as the path to gender equality?

Needless to say, a false accusation can destroy the life of an innocent person. Women who make such false claims not only do real damage to the innocent victims (in addition to genuine female victims of rape and sexual harassment), but also bring the entire credibility of our legal system into disrepute. Such individuals do enormous damage to our society and should not go unpunished. Rather, simple justice — more often observed in the breach — demands they must face justice for their destructive lies.[17] The system is in urgent need of reform so that basic principles of natural law are properly applied, justice prevails and the truth can be more properly ascertained. Alas, all movement is in the opposite direction. A 2018 Pew Center Research survey of 6,251 adults concluded the #MeToo movement “made it harder for men to know how to interact with women in the workplace” and to “navigate workplace interactions”.[18] That study also suggests a plurality of men and women now see “the increased focus on sexual harassment and assault as potentially creating challenges for men at work while not necessarily having a positive impact on women in terms of career opportunities.”[19]

According to political theorist Cathy Young and Houston University legal scholar Dr Michael Weissof, feminist jurisprudence has resulted in “increasingly loose and subjective definitions of harassment and rape, dangerous moves to eviscerate the presumption of innocence in sexual assault cases, and a broad concept of self-defence in cases of battered wives that sometimes amounts to a license to kill an allegedly abusive spouse.”[20] In early cases, plaintiffs were able to challenge unwanted sexual overtures in the workplace by using the common-law remedies of tort and contract.[21] Feminist scholars now reject this approach, decrying “the conceptual inadequacy of traditional legal theories to the social reality of men’s sexual treatment of women.”[22] Under the new perspective sexual harassment is truly in the eye of the beholder, based on feelings about a phrase, gesture or behaviour and how they might subjectively be perceived by the person on the receiving end. As such, even the “appearance” of harassment is sufficient to be construed as an “anguishing female experience” and punishable by law. We should be extremely concerned at how easily a genuinely innocent man’s life can be ruined by such frivolous or false accusations, also that false accusers rarely face negative consequences for their actions.

The organisers of the recent rallies promote the implied mantra that all men are violent and abusive by their very nature; with all women the innocent victims of gender oppression in their private lives, at work, and in society as a whole, and it is this radical feminist narrative the political class has allowed to utterly dominate the agenda.  Of course, if our politicians were genuinely concerned about violence and sexual harassment, they would acknowledge that, contrary to the dominant discourse, these are not gendered issues and that women are sometimes part of the problem.[23]

[6] Tracy Cussen and Willow Bryant, ‘Domestic/Family Homicide in Australia’, Australian Institute of Criminology, No.38, May 2015, p 2.

[15] Beth Gibson and Natalie Kerr, ‘Woman Gets 34 Years in Jail for Setting Partner on Fire’, ABC Central Victoria, 12 July 2019, at https://www.abc.net.au/news/2019-07-12/kate-stone-sentenced-for-darren-reid-murder-in-bendigo/11301216. The report says: ‘Kate Stone, 41, was found guilty last November of dousing 45-year-old Darren Reid in paint thinner and setting him alight at their home in the Bendigo suburb of Long Gully on December 18, 2016. He suffered burns to 95 per cent of his body and was flown to the Alfred Hospital in Melbourne, but died on the following day… In sentencing Stone, Justice Taylor said she took into account the vicious manner of the murder, the fact that it was done with children present’.