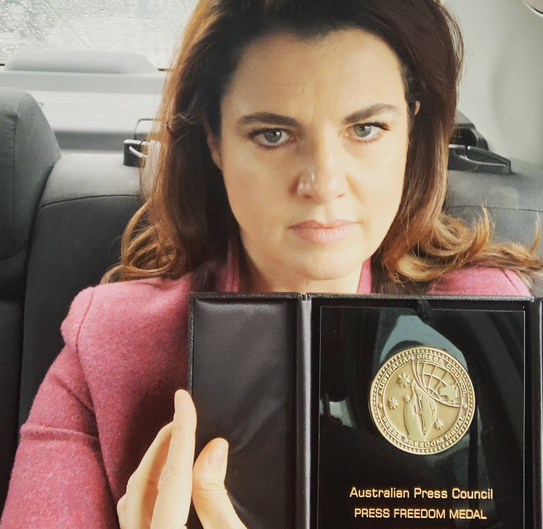 It’s a new world, with new standards … The power feels contagious. This toppling of various giants feels like the movement’s long-lasting legacy … This is the slow burn of the #MeToo movement. The real business, the reckoning. Captains of your world, take note.
—Nikki Gemmell, The Australian, March 6

In the week that Commonwealth Attorney-General Christian Porter faced up to accusations that, thirty-three years ago, when he was a seventeen-year-old student, he raped a female colleague while attending a debating competition, the story attracted enormous media commentary. The dominant voices on one side, especially Paul Kelly and Janet Albrechtsen in The Australian and John Silvester in The Age, held that any political pursuit of the case, which New South Wales police had closed due to lack of evidence, would be contrary to the rule of law. There was also much discussion about the lack of reliability of the accuser, who had long-term psychiatric problems that eventually ended in her suicide in 2020.

But on the leftist side of the commentariat, they saw the case as an opportunity to pursue their own ends. They called for Porter to stand down as Attorney-General while a new inquiry was conducted.

While there was not much conservative analysis of the motives and objectives of the commentators who hoped to see Porter destroyed, those on the other side of the political fence were not shy about their real agenda.

Nikki Gemmell used her column in the Weekend Australian on March 6 to engage in some triumphalist crowing. She produced a list of prominent males who shared the fate she sought for Porter. They were men whose careers had recently been destroyed simply because they used terminology unacceptable to current woke ideology.

Gemmell named Yoshiro Mori, head of the Tokyo Olympics organising committee, who was sacked after declaring that “talkative women” made meetings “drag on”. She said Eddie McGuire, Channel Nine presenter and president of Collingwood Football Club, was gone after what she called “a long line of offensive and off-colour comments” related to race. She listed Bill Michael, an Australian who was chairman of accountants KPMG in the UK, who lost his position after declaring that younger employees should “stop moaning” about the COVID pandemic, and that the notion of unconscious bias was “complete and utter crap”.

“Perhaps it’s a logical progression from Trump’s cruel era”, Gemmell writes. “The acknowledgment that men like this are not infallible; that their era is over and they can be brought down.”

Meanwhile, on the same day in the Sydney Morning Herald, Margaret Simons declared that the structures of political reporting in the Australian media had now changed so that many more women like Gemmel were employed in positions of media power. Simons, author of a book in 1999 on the Canberra Press Gallery, argued this is now especially true of that institution. She says the culture and the “gender balance” of the gallery have both shifted:

for the first time in Australian history, the Canberra press gallery is dominated by talented, hard-nosed and courageous women journalists, and this alters the understanding of why these allegations matter, and how they should be treated. As well, there is a generation of male reporters who, in at least some cases, “get it”. The result is a new field in the ongoing journalistic job of interrogating power.

Simons singled out two women as leaders of this pack: “Samantha Maiden at News Corporation and, outside Canberra, journalists including Louise Milligan at the ABC have made the running on the issue of sexual abuse in Parliament house, and the Porter allegations.”

In other words, the women of the press gallery, and some tame blokes who follow them, will keep the issue of the rape allegation alive, even though the institutions of Australian law have declared it a non-starter. Their determination will be sustained by the radical feminist ideology to which they entrust more faith than to the legal institutions and procedures that have long governed our concept of justice.

Hence, the real goal of those afflicted with this obsession is not about justice or equality or any of the other virtues the left purportedly endorses. As Gemmell makes clear, it is all about gaining power over others, especially over those white males who have done most to shape the culture of our present existence. And for those in the communication businesses, it is also about the prospect of making their position contagious, so that it spreads itself through a mass political movement to create their imagined new world.

Now, this all looks a lot like the early stages of the trial by media that Cardinal George Pell suffered until his conviction and imprisonment was overturned by the High Court in April last year. However, there are some significant differences this time around which indicate that the sisterhood will not be as successful as they initially were with Pell.

For a start, Porter is not fighting this assault alone. So far, he has been backed by his Prime Minister who, when he declared his support, said it was based on the rule of law. The existing legal institutions, primarily the New South Wales police, had closed their books on the rape allegation and, Morrison argued, that is the end of the matter. There is no other legal institution or tribunal that could properly take it up. And the doctrine of presumption of innocence says that, unless he has gone through the process and been found guilty in a court of law, Porter is innocent and deserves to be treated as such.

This is a quite different position to the one Morrison adopted in 2018 when he and Opposition Leader Bill Shorten gave a public apology to victims of child sexual abuse, and declared they believed all complainants were telling the truth. The apology was delivered in Parliament House on October 22, 2018, just seventeen days before the start of the trial that convicted Pell of child sexual abuse. Most of the jurors in that trial would have heard the apology’s repeated refrain — “I believe you, we believe you, your country believes you” — as well as the invective heaped on religious authorities, police and magistrates who in the past failed to heed that message. It was no wonder Pell was declared guilty at that time. Who on a jury would want to take a stand against that kind of moral pressure?

However, Morrison made the apology less than two months after he had been sworn in as Prime Minister on August 24, and at the time he was only a stand-in for the man he replaced, Malcolm Turnbull, who had originally approved the apology and agreed to deliver it. Since then, Morrison has had time to reconsider his stance and has now acted properly to give the traditional rule of law its due respect. In response to the Porter allegation, he has shown no sign of accepting the #MeToo ideological position that was so apparent in October 2018.

There is little doubt that a great many of his constituents share Morrison’s support for Porter, and an increasing number will do so the longer this issue remains a spectacle in the media arena. To the average Australian, the idea that an accusation of rape 33 years ago could be prosecuted on the basis of written notes by a deceased woman who suffered constant bipolar disorder and consequent false memories, who could provide no corroboration for any of her claims, and who told police she wanted to withdraw the accusation, does not sound like a fair go.

An even better indicator of the future direction this contest is likely to take is the fate of Annette Kimmitt, the CEO and managing partner of Australia’s biggest law firm MinterEllison. When, in the midst of all the publicity about Christian Porter, Kimmitt discovered that one of the firm’s partners, defamation specialist Peter Bartlett, was giving advice to the Attorney-General over media reporting of his predicament, she emailed the firm’s 2500 employees expressing her dismay: “The nature of this matter is clearly causing hurt to some of you, and it has certainly triggered hurt for me.”

However, other partners were appalled by this sanctimonious outburst, especially Kimmitt’s view that the firm should not be advising someone just because he attracted condemnation from some of the media. Barely a week after Porter identified himself as the subject concerned, the MinterEllison board told Kimmitt to walk.

Even though many large firms in other industries have recently been persuaded by advertising and marketing people that support for “gender diversity” will win them customers, when serious issues arise most will see where their real interests lie. The MinterEllison incident is another sign that, in this struggle for cultural power, hysteria will not win, sanity will eventually prevail, and the leftist vision of a revolutionary new world will be seen for the utopian fantasy it is.

The Enemy Cult Within