My Growing Sense of Disappointment 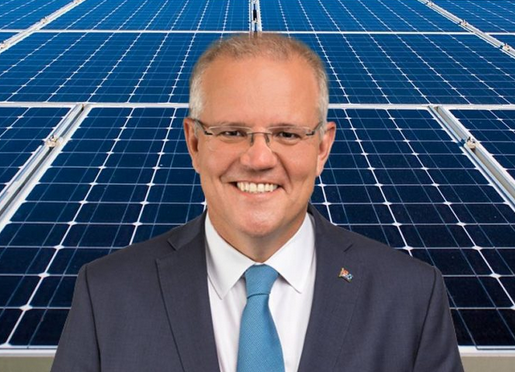 If you were to ask the preponderance of regular Liberal Party voters what they thought of the job Scott Morrison was doing as Prime Minister my sense is that most of them would say, ‘He’s doing pretty well’.  Certainly that’s what the Newspoll results indicate.  But what if you then asked those same people why they thought that?  I’ve tried it a few times here in Brisbane with some pretty well-informed political junkies.  The answers always seem to boil down to either (a) well, he’s better than Albo or (b) he’s done a really good job with COVID-19.  Okay, you’ll get an occasional person point out that he’s done a good job standing up to China and maybe to Facebook (the latter being hard to know right now as the details of the deal are not yet wholly clear).

But that’s it.  Nothing else.  Does any person anywhere think Scott Morrison is a fighter for freedom and the core values of Western Civilisation? No.  This is a man who has stated openly and with some pride that free speech never created a job.  That’s his take on freedom and it’s laughable; and not just for the leader of a supposedly liberal political party.  Morrison’s wrong in thinking freedom and prosperity are zero-sum either/ors.  He’s wrong in his implicit supposition that only economic issues matter, or ought to matter, to voters and citizens.  And he’s subtly wrong in betraying the cowardice at the heart of Team Morrison, what it will and won’t make political priorities.  It is precisely this vacuum in terms of freedom-related beliefs and values that explains such things as Australia being one of only two democracies in the world that, North Korea-style, won’t let its own citizens leave the country during this pandemic, not without first begging some bureaucrat for permission, and that didn’t fight the court case about closing state borders (and no, it’s not certain the High Court would have sided with the states if the Commonwealth had been a party to the case).

Then there’s the big spending nature of this government.  And big spending it is.  Our federal debt has basically doubled in a year.  Josh and ScoMo have outspent even Canada’s hard-lefty Justin Trudeau in per capita terms in propping up the economy that their own heavy-handed policies helped crush.  This will all have to be paid back by the young and those yet to be born.  Well, it will unless you buy into the Alice-in-Wonderland Modern Monetary Theory where no government ever seems to have to pay back anything it borrows and spends – a theory that leaves unanswered why all countries shouldn’t just quintuple their debt with borrowing on steroids to let the good times roll, or why Greece and Portugal and Italy are doing so badly, with such invisible growth rates, given all their governments’ racked-up debt these past twenty years.  Australia had horrible productivity growth before this pandemic.  Spending like a drunken sailor will only make that worse.

Or put it this way: on the economy and on freedom-related issues this Coalition government has spent this pandemic mimicking a soft socialist one.  Who voted for that?

Meantime on defence it won’t ditch the stupidest and most expensive submarine purchase in our, or probably any country’s, history.  We’re buying modern French nuclear subs and then paying a fortune to retrofit them – in South Australia, that’s key – with near on hundred-year-old diesel technology.  We could have off-the-shelf US subs at a fraction of the cost that would be ready now, and would be far better.  You’d think this would be a no-brainer, as would telling the social engineers to stop treating our defence forces as woke training grounds.

On renewables the partyroom is full of those espousing the rent-seekers’ line.  When I got here in 2005 Australia had the democratic world’s cheapest electricity.  Now it’s pretty much the world’s most expensive.  The majority of that interval was under the Coalition.  And it’s all been driven by virtue-signalling moralisers who know Australia could return to the Stone Age tomorrow – no emissions at all – and it wouldn’t make an iota of difference to the future global temperatures in a world in which China keeps building coal-fired plants weekly.

All the while I keep wondering about our kids.  Take the world’s dearest energy and add what is near-on the world’s highest minimum wage.  Stir those together with insipid productivity growth and one of the planet’s most rigid, least flexible, labour relations regimes.  And then blend all that with school results that put Australia behind Kazakhstan, and falling fast.  (And yes, I see these students come through my law school, the most elite in Queensland, and though they’re very smart kids most know no grammar; many have poor writing skills; all but a few have absorbed little of Shakespeare and almost nothing of the other standard greats of Western Civilisation; and a good few of them have been primed to wallow in grievance politics.)  Oh, let’s not forget to top off this toxic brew with a splash of massive over-reacting to COVID in a way that leaves the bills (economic and related to life opportunities) to be paid not by us oldies but by these same kids.  What’s going to happen when the mining sector is killed off?  Seriously?

Which takes us back to Mr. Morrison.  Personally, I think he’s now entering the diabolical realm of almost looking worse than Turnbull.  I mean that. Sure, he’s better than Albo.  Yep, he does get a good grade on China.  But his handling of the virus, in my view, has been anything but good.  It’s amounted to inflicting horrible damage on the small business sector and the worst inroads on our civil liberties in two centuries (something the bill of rights-loving lefties have been remarkably mute about) with no easy road map out, even with vaccines.  For what? The data from Sweden, which didn’t lockdown, is now in and excess deaths there for 2020, allowing for population growth and an aging population, is barely above what it was in 2015.  Florida (which largely shunned lockdowns) has half the deaths per million of lockdown-crazed New York, the state our ‘fear porn’ media put on a pedestal.  So no, Morrison hasn’t done a good job on corona, save for closing the border to China relatively early on.  Australia hass just been in the right hemisphere.

Here’s the thing though.  Our preferential voting system makes it near on impossible to ‘throw the bums out’.  It has the effect of making you choose between the two main parties, sooner or later.  So stay an inch better than Albo and you can forsake fighting the culture wars, cave in to the renewables rentseekers (many in your partyroom), bow down to an ABC that hates you, spend like it won’t be you having to pay it back, undertake zero major reforms in IR or the university sector or anything else and still you’ll get a tick from the vast preponderance of Liberal Party faithful.  They’ll tell themselves ScoMo is pretty good.  But they’ll be trying to believe what they know ain’t so.

Why Muslims Can’t Take a Joke