Accusations from the Realm of Madness 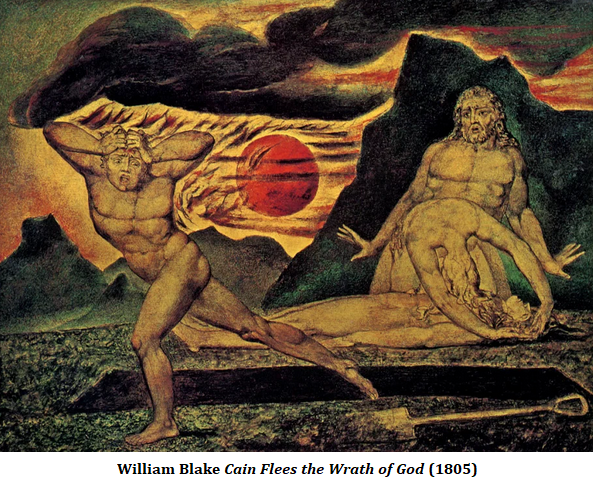 On Friday a reporter put this question to Attorney-General Christian Porter: “Why do you think this woman would come up with such an elaborate lie?” According to reports, the woman in question, who had accused Christian Porter of raping her in 1988, suffered bipolar disorder. If the reporter spent any time reviewing the experiences of people who suffer from bipolar he would not have asked such an asinine question.

Bipolar disorder, also known as manic depression, is a diagnosis bestowed upon those who experience sweeping mood swings that range from depressive lows to manic highs. Those who suffer from bipolar are often clever, as this poor girl was reported to be, however they must stick to a strict routine of strong medication to prevent slipping into a psychotic state. When they do, it is routine to experience a recurrence of false memories of a violent and sexual nature that become embedded in the brain, only to reappear when another episode occurs.

“Ah, give me madness, you heavenly powers! Madness that I may at last believe in myself! Give deliriums and convulsions, sudden lights and darkness, terrify me with frost and fire such as no mortal has ever felt, with deafening din and prowling figures, make me howl and whine and crawl like a beast: so that I may come to believe in myself!”– Friedrich Nietzsche

If our ace reporter wanted to find out more about the experiences of bipolar patients and how they come up with such elaborate stories, he could have simply turned to google to read confessions such as this from PenelopeAnn:

I had false memories of violent and sexual nature during my most severe manic episode. The details were SO vivid, and it took a while for me to realize what was real and what wasn’t. Unfortunately, I now question every memory I have. I believe there is a word for it, but I forget. It has to do with delusions.

I had memories of being kidnapped, raped, and finally that I’d had a suicide pact with a friend when I was 17. In my ‘memory’ she shot herself in front of me during a standoff with the police. I failed to follow through and here I was, 37 years old and believing she was ‘on the other side’ waiting for me. All I had to do was to fulfill my promise to her and kill myself, then we would both be happy forever.

Luckily, my therapist realized I was bit ‘off’. Other memories during this episode that weren’t true were having multiple personality disorder and being studied secretly by doctors at a university, there was a police manhunt, stabbings, my friend shooting a cop, oh, and I was manipulated into a sexual sadomasochist relationship, but was incompetent because of the multiple personality disorder.

These things never happened but I was POSITIVE they had. Part of the delusion involved the doctors telling my parents that if I ever asked about anything to deny it, therefor I knew I couldn’t trust my parents to tell me the truth. Once the Seroquel took hold, I went through a horrible stage where I couldn’t be certain of anything being real. When I was in the hospital, I kept asking the staff, “How can I be sure I’m actually here? How can I be sure you are real? I could be sitting in my bedroom right now for all I know.” It took a while for my brain to start processing the real world properly. I never want to go through that again, so I do everything I possibly can to avoid it. The embarrassment was as bad as the terror of the whole experience.

So, yes, you can have false memories during a severe manic episode, probably during a severe depression, too. Unfortunately, though, very horrible and very real things do happen to people. There are couple of things that I long to ask my mom about just to verify, but I am terrified of being told they didn’t. Then she might worry that I’m getting ‘off’ again. I need to go through my really old journals to see if I wrote about them before this particular incident with the false memories.”

One of the themes that recurs in the ABC/SMH reporting of the Christian Porter accusations is the trope that a brilliant girl’s future was ruined by a foul beast who drove her to suicide. Malcolm Turnbull has taken it a step further by hinting at the possibility of foul play. Christian Porter is thus stigmatised as a cross between Ted Hughes and Ted Bundy.

A more mundane explanation of the poor girl’s failure to achieve the success she seemed predestined for may be to attribute it to the effects of bipolar, as blogger Ann writes:

I’ve had numerous admissions to hospital and crisis houses, taken overdoses, cut myself, and put myself in very dangerous situations when manic.

All of those things have been awful, but they don’t even begin to compare to how soul-destroying it has been to not have the life I once believed was a given taken by bipolar. As a teenager, I was a high achiever. I was destined for academic and occupational success, but I haven’t been able to work since I was 18 and I had to drop out of university because I was too unwell.

Lithium is an important treatment for bipolar disorder. It can help to control moods, but it can also have adverse effects. Some reports suggest that lithium can affect thinking and memory.

There is also a concept in psychology called “confabulation” where two similar memories become combined into one memory but with lots of distortions. This is a common condition of bipolar disorder. There are countless publications and studies into the topic of false and repressed memories. Does a trauma lay hidden in the mind and only emerge in the later date to trigger a mental condition, or is the fantasy a symptom of the disease? 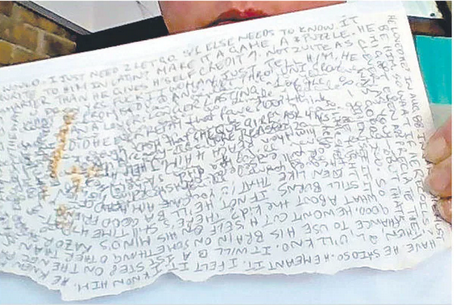 A picture has circulated in the media showing a document  (above) apparently written in a spiral by the girl who accused Christian Porter of rape. Once again, Google “writing spiral text psychosis” and in an instant you will come up with a reference to hypergraphia, a behavioural condition described on Wikipedia thus:

There are many accounts of patients writing in nonsensical patterns including writing in a centre-seeking spiral starting around the edges of a piece of paper. In one case study, a patient even wrote backwards, so that the writing could only be interpreted with the aid of a mirror. Some studies have suggested that hypergraphia is related to bipolar disorder, hypomania, and schizophrenia.

If a bipolar person keeps taking their medication they can go for years without experiencing a psychotic episode, but the unfortunate truth is it always returns. Perhaps as a reaction to stress, they stop taking the meds or the dosage becomes insufficient, there will inevitably be another crisis. If there are people close by who recognise the signs they may be able to stave off the worst effects by increasing the dosage of anti-psychotics or getting them to a hospital. Those who live with bipolar sufferers report many similar symptoms to this unfortunate girl’s story:

She starts contacting friends and relatives she has not contacted for years … launches a spending spree on outlandish clothes and colourful baubles …. her room fills up with rubbish and she fills notebooks with page after page of mad confessions and new age psychobabble.

One last tip for that genius from the press corps who questioned how such an elaborate accusation could possibly be a lie. There is also an extensive literature on the link between Compulsive Lying Disorder and bipolar. It shouldn’t take a Clark Kent to do some web-searching and find the connection.