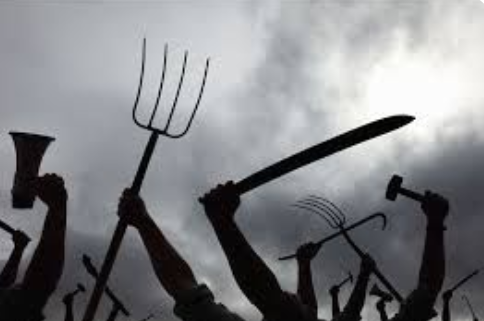 I woke the same morning as I’m writing this still believing that the world has a core of rationality left. I am no longer sure that there is anything left of rationality but isolated remnants, lurking among Quadrant readers and among those belonging to other conservative outposts. What prompted this funereal reappraisal, you might ask?

Let me quote from my morning newspaper: “MinterEllison chief executive and managing partner Annette Kimmitt … emailed MinterEllison’s staff on Wednesday to apologise for any ‘pain’ they might be experiencing due to the firm’s representation of Mr Porter.” The paper explained that Ms Kimmitt does not have a law degree. Neither do I. But I do know about Atticus Finch and Perry Mason and Horace Rumpole and numbers of others practicing law in the Western tradition. How in the world does anyone in any kind of prominent position within the law manage to miss all of that?

I was already deeply worried as it was. The reasoning of two judges on the Victoria’s Appeal Court in the Pell case confounded all that I thought I knew. ‘Not impossible’, was seemingly in consideration as replacement for that old fashioned standard ‘beyond reasonable doubt’ in determining the fate of those in the dock. Save time and money. Off with his head. Be done with trials.

There are mad things going on in our current age. Let me throw out a few examples: Saving the planet by building ineffective means of keeping the lights on; isolating people for months on end to combat a virus which has no serious effects on over ninety-nine-point-five percent of those who catch it; sowing confusion among children by teaching them that they might just be in the wrong bodies; ruining women’s sports by forcing them to compete against biological males; preaching divisive ‘critical race theory’; cancelling people whose views are out of sync with goodthink; mindlessly tearing down statues and taking the knee; and, idiotically, renaming mothers as gestational parents. And so on, into Dante’s Inferno.

While all of this madness is going on the only comfort for those of sound mind is the (Western) rule of law. The rule of law underpins freedom. Laws must apply and be applied equally to everyone. Those accused of breaking the law must be given due process and presumed innocent unless and until found guilty beyond reasonable doubt in a fair trial. If not found guilty then the person concerned is legally innocent. Take away any part of the rule of law and freedom goes out the window. Mob rule follows.

One way the rule of law can be undone is if those administering our system of justice – lawyers, judges and legislators — don’t understand what they’re doing. The evidence is mounting that they don’t. And baying media hacks are complicit in egging on mob rule.

I don’t want to canvass the Christian Porter case to any extent. However, in the new tradition of leaping to conclusions, I believe him. I believe George Pell. I believe Brett Kavanaugh. I used to retain an open mind about such cases, however stretched. No longer. Fire must sometimes be fought with fire.

Christine Blasey Ford concocted a tall tale. Those who jumped on the bandwagon after her concocted even more outlandish tales. The choir boy’s evidence against Pell was simply unbelievable. It was, in fact, in my view, not not-impossible. I read the lurid account of the alleged rape by Porter. Raped anally and then out with him next day. Really? And the lady apparently suffered from mental issues and, according to what I read, had been “referred by her psychologist to the research of Bessel van der Kolk, a devotee of discredited recovered memory therapy.” Of course, none of that or what I believe matters a jot.

What matters is that the rule of law applies. In the Porter case, the rule of law has been applied by the police. There is insufficient evidence (to put it mildly, I would suggest) to bring a charge. Game, set and match. Everyone gets on with their lives.

Demanding some special inquiry, effectively a star chamber designed to single out and persecute Porter, is not getting on with life, it is subverting the rule of law. This isn’t hard. Unless inquiries are going to be set up for each person, who some people think might be guilty, but are not charged for insufficient evidence, then one can’t be set up for Porter. Full stop!

Labor and Greens politicians who are advocating such an inquiry should be ashamed and resign from parliament. Any lawyers similarly minded should do the honourable thing and strike themselves off. They cannot hold positions of authority in our justice system while actively working to undo the rule of law.

NLA Book of the Week