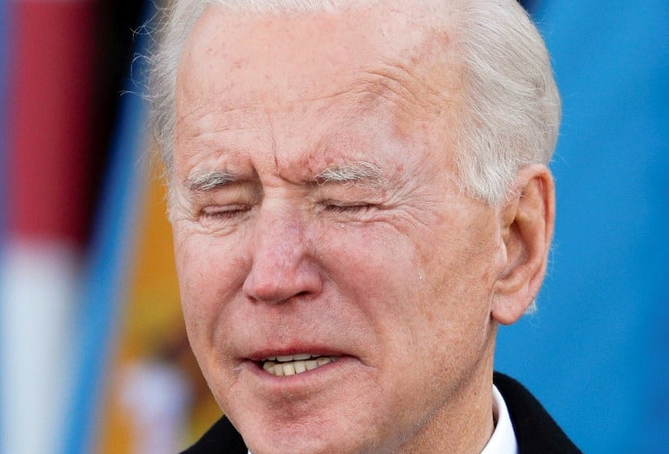 Last week I was speaking on matters political with Larry Alexander, an American friend who also happens to be one of the world’s leading legal philosophers. Larry’s rather unusual in that he’s a US academic who holds right-of-centre political views in a US law school.  I thought it worth giving readers the gist of his views about our current situation, all of which are spot-on in my view.  You see Larry believes that we are living in what seem to be terribly fraught times, times that are even more worrisome than those at the height of Cold War tensions.  So what are these overweening concerns of his?

Many relate to US government policies. The Biden administration seems hell bent on reversing every Trump administration policy, even those that were quite successful. On illegal immigration, which the Trump team managed to reduce significantly, Team Biden seeks to make illegal entry easier and its legal consequences less of a deterrent. This will almost assuredly result in a significant influx of the unskilled, themselves infiltrated by gang members, cartel mules, and parentless children. Where the Trump administration managed to achieve energy independence, Team Biden has now halted drilling on federal lands and offshore and has killed the Keystone pipeline. With respect to the climate, which saw carbon emissions decrease during the Trump years, Team Biden has announced its intention to rejoin the Paris Accord, which will have no effect on the world’s major polluters but will impose needless costs on Americans, and other signatories, including Australians. (And why, if Team Biden is really concerned with greenhouse gases, does it not push for nuclear power?)

The Trump administration, pre-pandemic, engineered a very good economy with spectacularly low unemployment rates and widespread increases of incomes. It did so with a combination of deregulation and lower taxes. Team Biden appears to favor a large influx of foreign unskilled labor, a more than doubling of the minimum wage, the elimination of energy sector jobs, higher taxes, and more regulation. This is a witches’ brew of anti-employment, anti-growth policies.

As for domestic policies, violent crime is spiking in every major US city controlled by Democrats (which is virtually all of them), surely fuelled by Democrats’ attacks on the police—attacks belied by the statistics—and by their turning a blind eye to the true natures of Black Lives Matter and Antifa. Will things change now that a Democrat is in the White House? So far, Democrats seem to be strong supporters of law and order only when Republicans are the miscreants.

In terms of foreign policy, the Trump administration pushed back hard against the West’s major geopolitical adversary, the People’s Republic of China—its theft of intellectual property, its currency manipulation, its militarism, and its attack on Hong Kong’s autonomy. Given the Biden family’s financial ties to the PRC as well as the dependence of many of Biden’s corporate supporters on doing business in the PRC, can we expect the same of Team Biden?

Will Team Biden be as supportive of Israel and its better relations with its Sunni Arab neighbors as was the Trump administration? Or will it prefer to make concessions to their enemy, Iran? It looks like the latter.

And will Team Biden, like the Trump administration, put a premium on military readiness, or will it see the military as an arena for woke social engineering (sound familiar Australia?) rather than as an institution whose sole mission is to defeat adversaries? There are disturbing signs that Team Biden will sacrifice having the best fighting force in order to have the most politically correct one. (Aussies got there first, Larry.)

On the cultural front, if it’s possible, things look even more dire. Team Biden is driving a stake through the heart of women’s athletics, as well as ignoring natural concerns for modesty, by opening women’s sports teams and their locker rooms to biological males. Where the Trump administration brought due process to campus disciplinary proceedings, Team Biden seeks to restore the procedural inadequacies of the Obama era. And where the Trump administration supported school choice, Team Biden seeks to do the bidding of the teachers’ union, which opposes any means for escaping the failing public schools, and which, contrary to the scientific consensus, opposed, and still opposes, opening schools during the pandemic. Finally, Team Biden, in opposition to the Trump administration’s position, seeks to re-impose mandatory “diversity training” on federal employees, which frequently amounts to indoctrination in the grotesque racism of “critical race theory.”

That, in essence, is why Larry and I contemplate the coming Biden years with great anxiety.  Then there are the things that desperately need to be done but which few expect Team Biden to do.

First among these things is putting an end to the poison of identity politics, the destructive division of the people by race, ethnicity, sex, and sexual preference, and the formulation of policies through these prisms. (Biden’s appointees reflect this: their touted “qualifications” were their race, ethnicity, sex, and sexuality, not their skills or experience.) The flagitious critical race theory and such ideological monstrosities as the 1619 Project need to be eliminated from K-12 school curricula. Instruction in literature, music, and art need to be freed from identity politics, so that the contributions of, for example, Shakespeare and Mozart can be appreciated by everyone, regardless of their race, ethnicity, or sex, rather than denigrated because they were produced by white males. Isn’t it depressing that the self-proclaimed heirs of Martin Luther King’s civil rights movement have completely inverted its aim and now celebrate the very identity politics King struggled to eradicate?  Yet who believes that Team Biden, which has used identity politics to gain power, will now try to eliminate this political and cultural cancer?

A second desperately needed policy – Biden won’t endorse this either – is to combat the bias and attempted thought control by Big Tech. The immunity of section 230 of the Communication Decency Act should be conditioned on not censoring speech or speakers that government itself could not censor without violating the First Amendment free speech rights.  But as Biden has been the beneficiary of Big Tech’s censorship and its money this won’t happen.

The third desperately needed item that Team Biden will almost assuredly not support is fighting against the cancel culture, making it illegal for any for-profit firm or recipient of federal funds to discriminate in hiring, promotion, or educational admissions on the basis of political viewpoint.  No more use of ideological criteria such as pledges or evidence of support for identity-conscious programs and priorities. But of course, because it’s conservatives who tend overwhelmingly to be the victims of the cancel culture, there’s little to no chance Team Biden will attempt to combat it.

All in all, Larry and I both agreed that current times are more troubling than any we have lived through.

Until differing opinions aren’t censored and their advocates de-platformed or fired; until law and order (including at the border) is highly prized; until jobs are a priority; and until education and hard work are widely esteemed, things look bleak for the US. And that means things look bleak here in Australia and throughout the West.

Good Reason to be Sceptical of Skeptics