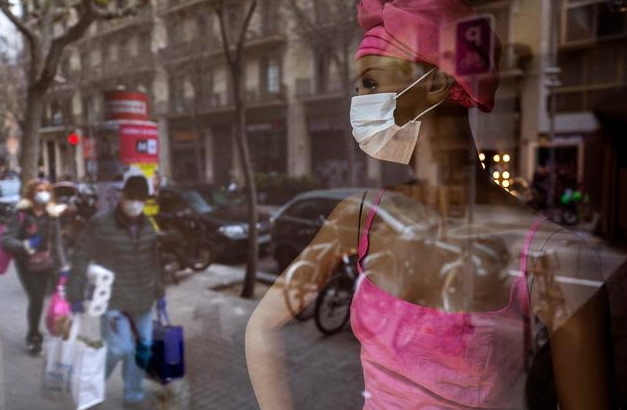 This is a “viral” post in three parts: Treatment, mitigation and the economic aftermath. First to treatments for the virus – not a vaccine, which will take too long (if it is ever produced).

Treatment: While other anti-viral treatments are being tested, there is increasing anecdotal evidence from epidemiologists and doctors treating patients that hydroxychloroquine (the safe anti-malaria drug) is effective both as a prophylactic and, combined with the antibiotic azithromycin, as a treatment for those with the disease. Many doctors in numbers of countries are apparently using it on themselves and for treating their patients. Among the states in America, I understand that only New York State has been restricting its use to tackle the virus to within hospitals.

Clinical trials are underway, but as Dr Fauci — one of the two principal public-health officials advising Trump — said, they would take months to complete. Months is too long if people are unnecessarily suffering and dying. In the meantime, the economy goes on tanking. As is commonly said, you have to go to war with what you have not with what you would like to have.

No, I am not a medical doctor. All I am saying is that if I were to catch a serious dose of the disease, I will be asking for the above treatment ahead of Dr Fauci’s clinical trials. And loudly, if I am able.

Mitigation has now gone much further than ever recommended in what now turns out to be an alarmist report from the Imperial College London; which I separately wrote about some time ago, when I took it at face value. But take any of the epidemiological models. They have one thing in common. They exaggerate. Why do they do this?

Epidemiological models are inevitably based on data from initial outbreaks when everyone is taken by surprise by a sudden death toll. Only when more data comes in showing the number of those who have recovered, or who got mild symptoms, or who were asymptomatic, or who were naturally immune, and when treatment adjusts to the new situation, does the data reflect reality.

The US Navy hospital ship, with one thousand beds, parked outside New York “hot-spot” to relieve the “overwhelmed” hospitals has so far (morning our time 3 April) taken in three patients, according to Fox News. Here is a question to Trump from a hack journalist. Can you guarantee that everyone who needs a ventilator will get one? He rightly ignored the moronic question. Can you guarantee, Mr President, that no surgeon will amputate the wrong limb?

A blunderbuss approach to mitigation has been taken when a rapier was needed. Panic has replaced reason. Pushed by a juvenile, cargo-cultist media and social media comprising those who know nothing about wealth creation, and aided by impressionable populations, governments have tried to outdo each other in imposing restrictions. Protecting the vulnerable, building more critical-care facilities, and allowing the economy to go about its business was and is still the way to go.

If essential services and so-called essential services can keep safe while keeping on running, why can’t every business. Sure, they would need to put in extra measures, cleaning, have hand sanitizers, wear masks and gloves maybe, distance a little more maybe, take temperatures of employees on arrival, make sure those who are sick don’t come in. It can be done.

For example, supermarket staff and shoppers congregate still; post offices are open. Precautions are taken. Replicate those as applicable across all businesses, including restaurants and coffee shops.  I’ve just bought a burger from across the street. Plenty of people milling around inside, lots of people behind the counter. What difference would it make if I were to eat it in there?

Those claiming unemployment relief jumped by almost 10 million in the US in the past two weeks, dwarfing anything recorded in such a short period since the figures were first compiled in 1967. It will get worse and worse. Businesses are being wrecked, and chain by chain, from one business to another, the banks will be drawn into the devastation. And there will be adverse mental and physical health effects, quite apart from increased suicides, crime, domestic abuse, drug and alcohol abuse, and general misery.

Let me say again as I have done before: It can’t be allowed to go on. It is untenable. Scott Morrison talked about six months. I fell of my chair! He should start talking about six weeks (and two have gone). This is not to say that things go back to how they were. The infection has to be fought but in a sustainable way.

There are two sides to the issue. Taking riding instructions from public health officials on how to combat the virus is taking only one side of the issue. We don’t elect and remunerate those in governments to slavishly follow the advice of such officials.

The same Dr Fauci who, unfortunately, at least for now, seems to be pulling Trump’s strings, was asked when the US could begin working again. When the infection rate had reached zero, he said. Surreal. Immune from reality. Cocooned in his own world. The very definition of a crazy/mad scientist. And we think people like him should be pulling the strings?

Governments need to balance benefits against costs. It’s hard these days with such a moronic media and large swathes of populations lacking the stoicism and common sense of previous generations. But that’s when leaders of stature are needed.

The economic costs of this crisis, brought on by the virus and by government overreactions are incalculable. I have no idea. I worry that no-one does. Yet onwards we press, into the abyss.

Of course, once started up again, economies, however crippled, will recover in time. This we know. And it will happen more quickly and more surely if private sector businesses (large and small) are given full rein to innovate, develop and grow. In other words, we need to keep the notions and nostrums of greenies and socialists quarantined way beyond the end of the crisis. Now, at least, that would be one good outcome.

Will governments be left with unmanageable debt; which leads economic journalists, like Adam Creighton at The Australian, to argue that superannuants will have to be soaked? He is not one to miss an opportunity to push this barrow. However, I am not sure that government debt will prove to be unmanageable.

You have to go back to basics. Governments can’t simply “print money” and spend. It would be inflationary. If it were not inflationary, there would be no impediment. But it is. Hence, even Modern Monetary Theorists, who have a cavalier approach to money printing, need to address inflation with unworkable, government run, employment-stabilisation schemes.

This is my thought and I am just spitballing – so I am open to being criticised and corrected. Take Australia. Suppose all of the debt generated by the federal government specifically to combat the lockdown (I will leave aside state governments to avoid complications) were taken up by the Reserve Bank. Moreover, as a force majeure measure, suppose the debt had a zero coupon and a perpetual time horizon. Effectively it would be cancelled.

The problem is that during the aftermath of the crisis, as things begin to return to something approaching normal, inflation might break out. Taking the current level of extra government spending. The money supply will have increased by around $300 billion or so; around 15% growth on the current stock of M3 money (notes and coin, plus deposits with banks, and other deposit-taking financial institutions). In addition, the $300 billion is base money which potentially fuels bank lending – the largest contributor to monetary growth in normal times.

It’s an assumption, but bank lending might well be subdued for an extended period as banks repair their balance sheets. This will prevent further strong growth in the money supply. At the same time, the community’s increased risk aversion and, in turn, increased demand for liquidity after the crisis, might reduce the rate at which money turns over (its velocity, so-called). This will work in the direction of keeping inflation in check.

It’s a matter of empiricism. If inflation were to break out to any marked extent, the government and Reserve Bank would be forced to increase interest rates by selling debt into the market. And the government might indeed end up with “unmanageable” debt. But, as the circumstances are so unique, it seems worth speculating, at least, on ways to approach the financing of government expenditure in the first instance; while worrying about inflation later, if it arises. These are not normal times.

17 thoughts on “Medicines, Mitigation and Money”