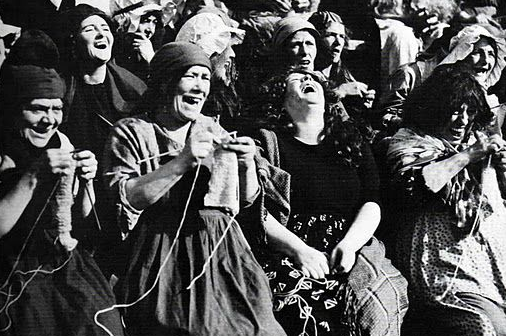 I’ve been going through a sort of existential crisis the last few years. And because I’m sometimes a bit slow on the uptake, I couldn’t figure out what was causing the toxic combination of malaise and irritation I’ve been experiencing. Was it my diet, was it a lack of alcohol – I gave up drinking a few years ago – was it growing old and the slow, inevitable loss of mental and physical function that comes with ageing, or was it the preponderance of daily nonsense I read on social media?

To a degree, it was all and none of these things. But there was something concrete that irritated me, which I slowly began to understand. When the isolated pieces of the puzzle fell into place, I realised we’re all doomed, at least for the foreseeable future – and that there’s nothing we can do about the coming catastrophe. The issue is as old as human society, but one which has taken a new form under the dominating pervasiveness of information technology. It’s the problem of intellectual humility versus passionate certainty.

Since I was a child, people who are overly sure of themselves have confused me. These people, in contrast to my tentative understanding of the world, have a definitive answer to every question. Their self-assurance, though, always left me utterly perplexed. Because of their certainty, I was convinced that I was profoundly stupid; I must, I thought, be missing something that only intelligent people understand. I did not know it at the time, but it was their lack of insight that shaped their confidence. If you can’t imagine a question, then nothing can confuse you. The world, for people without imagination, presents itself without mystery. Culture, tradition, chatter or fashion answer every question, so thinking is superfluous. People fall into the ‘they’, as Heidegger said. In other words, the collective voice of the herd becomes dominant across every domain of cultural life and the ability of people to think atrophies. Their arrogance or certainty are paradoxically a sign of stupidity.

At the same time, in an attempt to make sense of the world, I learned a simple, all things being equal, method to determine whether something was true or false. It didn’t matter what people said or what people believed, the important thing was how they arrived at their conclusions, which meant that a lot of shallow opinions could be summarily ignored. I discovered, by accident, something that Socrates introduced to the human experience over 2000 years ago. People deserved respect but their illogical opinions did not. If someone relied on mumbo jumbo, bad history, faith, culture, ideology, feelings, or their ‘lived experience’, then, they were, again, all things being equal, probably talking nonsense.

Which brings me to why we are doomed. The last four and a half years, between Trump saying he would run for president and his last days in office, have been a psychological experiment in real time and the results of the experiment are not good. If aliens created the experiment, they’d surmise that it would be best to stay away from Earth because human beings are fools.

At this point, readers are saying ‘ah Trump, yeah. What can you say?’ But it wasn’t Trump who was the idiot, it was the people who were propagandised into believing nonsense. The extraordinarily important question: ‘how could this terrible thing happen?’, posed in relation to the worst crime in history, the Holocaust, has been answered by how many good, but largely apolitical, people reacted to Trump’s presidency. The genocides committed by left wing regimes also fit this paradigm. Just throw repetitive bullshit at people and they’ll believe anything with the fervour of the elect. Create a favourable or unfavourable impression of something or someone and then confirm the caricature with every consequent story.

Twist things a little bit with each iteration and a whole world can be conjured out of nothing. People, in this situation, like the proverbial blind leading the blind, are led to believe any nonsense. What was an absurdity yesterday becomes the truth today simply because people read something on social media. The most extraordinarily irrational and dangerous ideas become canonical overnight. The list of nonsense is endless. The Jews are evil and run the world. Western liberal democracies are guilty of systemic racism. Terrorism is the sigh of the oppressed. Feminism is only about rights for women. 2 + 2 = 5. Gender is a social construct. Global warming is an existential threat, but we can’t use nuclear power. All left wing activists are moral and compassionate. The Noble Savage is wise beyond the materialistic shallowness of the modern world. Patriarchy is real. Socialism works. Right wing riots are ‘insurrection’; left wing riots are ‘peaceful protests’. People are equal in ability and any other view is bigotry. Non-government organisations are unbiased and always tell the truth. Only white people can be racist. Donald Trump is a fascist. These are just a few of the nonsensical beliefs that are held by many people as unassailable truths in the current zeitgeist.

The issue, though, at its core, is that normal people have, by definition, average intelligence and are amenable to the persuasive techniques of propaganda. Intelligence, though, in itself, is a necessary but not sufficient condition to guard against the power of pervasive propaganda. The SD, the intelligence service of Nazi Germany’s elite SS, was top heavy with university graduates, many of whom held PhDs from prestigious universities. This fact suggests that the power of public opinion, in general, overrides the ability of the individual to think critically outside an established consensus. Whoever controls the dissemination of information controls the culture. And whoever controls culture controls thought. This was true in Nazi Germany, it was true during my childhood in Catholic-nationalist Ireland, it was true in communist-controlled eastern Europe, and it’s true now in the public sphere dominated by the left-wing woke ideologues of Big Tech. The problem will get worse before it gets better.

We live in a postmodern world where truth is conditional on holding the right opinions, which are, conveniently, the beliefs of the most educated generation in history – at least in relation to computers and social media – and the most uneducated in, literally, everything else. They know nothing except what they are feeling, and they’ve been told what to feel, which is that someone evil or something intangible is responsible for the ills of the world – or, in a new iteration of an old rhetorical fallacy, that their anxiety or the ache in their toe is the reason why free speech should be curtailed. It’s solipsism, narcissism and anti-reason manifesting on a global scale. And it’s all done with smiley emojis, conspicuous compassion, virtue signalling and socially sanctioned empathy.

The name of this intellectual disease is wokeness, or identity politics, and it is an assault on logic, common sense, kindness and decency. It’s also, most importantly, a philosophy with no notion of forgiveness. Once you have sinned against its ever-changing tenets, you will be cast out of society. Ritual displays of contrition, repentance and obsequiousness will have no effect on your humiliation. Redemption is absent from the woke catechism. And, after destroying someone’s life, the modern-day Jacobins who champion this ideology congratulate each other, paradoxically, on their morality.

The problem, though, for anyone who knows Aristotle is that all putative virtues have a dark side. For every paragon of virtue, a devil has to exist, and monsters are being conjured from the imaginations of people who are too naive to understand that the demon they abhor lives within themselves. We’re in for a long and dreadful ride.

Give Us Your Violent Masses

The Joy of Submission