The Outlaw of Spring Street 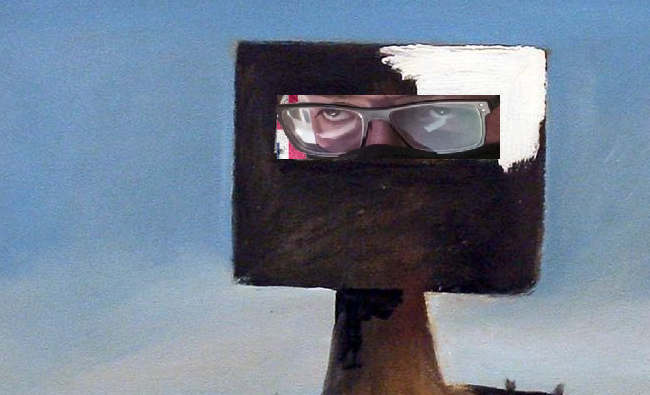 In responding to Daniel Andrews’ lockdown recovery roadmap, Barnaby Joyce likened the Victorian Premier  to Ned Kelly. ‘Victoria is known for its bushrangers, such as Ned Kelly and the Glenrowan Hotel, and now it has Daniel Andrews, one of the great economic bushrangers of the modern era’. The comparison is apt. During his bank robberies and the Glenrowan pub siege where he was captured, Ned held scores of hostages against their will while declaring he would shoot any who tried to escape. In keeping his pub prisoners locked down for more than 24 hours, Ned and his gang bear responsibility for what we would today call ‘collateral damage’ — the two deaths of innocent parties as police bullets tore through the flimsy wooden hotel during the long siege.

It was many hours before the police knew who was inside the pub. When the hostages emerged at 10 o’clock in the morning, a newspaper reporter said ‘the faces of the poor fellows were blanched with fear and some of them looked as if they out of their minds’.

Now turn the clock forward from June 28, 1880,  and what we see is Andrews holding his state captive, like those Glenrowan hostages, and using Victoria Police to enforce his lockdown just as he instilled fear in Glenrowan to keep those in the pub in line. We have seen remarkable, sickening scenes in this corner of Australia — scenes the like of which you wouldn’t have credited just a few short months ago a young and pregnant mother in her pyjamas is handcuffed in the family kitchen as her children watch. Doors are knocked down and computers and phones seized, with many other outrages directed against Victorians in general and those who dispute the Premier’s will in particular.

The Black Lives Matter rally was given a free pass by the state. Protest the lockdown restrictions and the police appear in full body army and helmets ready to take down any show of opposition. To my ears, Andrews at his daily press conferences sounds very much like Ned in his egomaniacal Jerilderie Letter. Everything that has gone wrong in Victoria is everybody else’s fault, never that of the Premier, as he smugly tells us day after day. ‘I am focussed on the pandemic,’ he says. It is a lame excuse and what it brought to my mind is Ned’s self-serving description of an assault he instigated —  ‘My fist came in collision with McCormack’s nose and caused him to lose his equilibrium and fall prostrate to the ground.’ And there are echoes, too, of the Jerilderie Letter’s final line

‘…my orders must be obeyed’

In July the unaustralian.net news blog tongue in cheek, wrote

Dan Andrews has praised outlaw Ned Kelly and his gang for following the correct mask wearing protocol while going about their business of robbing banks and ranging about in the bush:

‘I watched the video Ned (sic) put up on YouTube about how to make a simple mask from iron plough shares that he had lying about his shanty [they were actually stolen] and I was very impressed,’ said the Victorian Premier at a press conference as he nailed a wanted poster to a gum tree.

‘As long as he and his gang continue to wash their hands between each incident of bailing up a trooper and leaving them to die in the bush, I can see no problem with allowing them to stay in business’.

Several hundred anti-mask protestors descended on Glenrowan in rural Victoria yesterday to protest the Andrews Government’s new mask laws. ‘Bushrangers like that Ned Kelly bloke had the right idea’, said one balaclava-clad protestor wanting to remain anonymous. The protestor also noted that you wouldn’t ‘catch Ned dead wearing a face mask’. He then called for his fellow protestors to do what ‘Ned would do’. Several protestors were arrested after a scuffle broke out with police, who were attempting to protect the six-metre statue that commemorates Ned Kelly at the scene of the Kelly Gang’s last siege in Glenrowan.

As long ago as March 2016, during a heated local council meeting, where a proposed $2,000 state government levy to be placed on the Frankston Basketball Stadium redevelopment was being discussed, Frankston Councillor Darrel Andrews (no relation) compared Premier Dan to Kelly.  When challenged by the Mayor to withdraw his angry words, the irate councillor remarked ‘I will withdraw my comment about Ned Kelly but we are being robbed!’

Ned Kelly was outlawed and hunted down for his many crimes. He died at the end of a rope having never once apologised or expressed the slightest remorse for the murders and the suffering he caused. He robbed banks and stole horses from rich and poor alike. Premier Andrews bungled hotel quarantine, unleashed a deadly second wave of community transmission on Victorians and now he offers us a recovery roadmap that has as much credibility as Ned Kelly’s entirely fictious Republic of North East Victoria document. The difference between Ned Kelly and Dan Andrews is that Ned got his way at the point of a gun. The Premier engages in politics and sleight-of-hand deflection while Victorians are under stringent and zealously enforced nightly curfew and the strictest lockdown regime anywhere in the world.

Defending his ‘captain’s call’ on Melbourne curfew, made without medical or police advice, Andrews ramped up his COVID-19 fear campaign. ‘This is not about human rights’ he said. ‘It is about human life. There are very few legal reasons to leave your home. The curfew doesn’t change that. It simply means police have an easier job’.

It is a theme he repeats often, as in the clip below:

For no good medical or life-saving reason. Melbournians have not been able to leave their homes between 8pm — recently expanded to 9pm — and 5am. Human rights are being trampled; while Premier Andrews whose incompetent quarantine and contact tracing failures are clearly evident, daily fronts the TV cameras relishing his monocratic role of sainted saviour.

The second Melbourne Freedom Walk protest on September 12 against the Andrews Government’s austere curfew and arbitrary lockdown edicts — council workers can mow grass, private contractors cannot — was met with police overkill under the guise of pandemic law and order enforcement. A week earlier, clashes between police and protestors resulted in the issuing of 160 fines and 17 arrests. Assistant Police Commissioner Luke Cornelius, who several months earlier declined to enforce the law because he ‘compassionately’ understood why thousands of BLM protestors were taking to the streets, saw only lawbreaking and wrongdoing. ‘It’s incredibly frustrating,’ Cornelius said. ‘If people were less selfish and a bit more grownup, we wouldn’t have to keep doing it’.

More worrying was what a Melbourne journalist reported: ‘Officers will be stopping people who are driving through and into the city, trying to catch some of the protestors before they arrive at the (protest) location’. People being arbitrarily intercepted in their cars before any ‘illegality’ of protest occurs?

Sinister as was that declaration of a war on thoughtcrime, Victoria’s increasing addiction to authoritarian measures has only grown worse. On Friday in the lower house of the state parliament, a bill was passed  — Andrews Government’s COVID-19 Omnibus (Emergency Measures) and Other Acts Amendment Bill 2020 — which if passed by the upper house would allow arrest without charge and imprisonment without trial. Worse, those doing the arresting need not be police officers but anyone so designated by the Premier! No wonder Premier Andrews is such an ardent admirer of President-for-Life Xi.

Meanwhile, apparently oblivious to the the damage Victoria Police is doing to its reputation and respect within the community, the constabulary puts itself at the unthinking service of the unjust. At one of the recent demonstrations against the lockdown, signs and placards were seized and those holding them arrested. One sign said simply ‘Open our Churches’, but this was too much for Andrews’ enforcers in blue. To express such sentiments was, according to the Premier, ‘selfish, unlawful and wrong’.

Yet resistance grows. Here is how a grieving Melbourne family bled off some of its anger in the death notices columns of The Age (emphasis added):

‘Peter Mitchell 8-3-1935 — 7-9-2020. Husband of Joselyn, Father of Julian, Steve and Cassie, Grandfather of Jennie, Lisey and Fred. An exceptional man with an exceptional mind, wit and heart. Died in his sleep at home. Memorial Service to be held when the Dictator (Dan Andrews) is overthrown’.

A social media comment went one step further suggesting, ‘maybe for all suicides ‘Dan Andrews Dictator’ should be put on the death certificate’. One would think that even an infamous bushranger and cold-blooded murderer like Ned Kelly would not have interfered in the grief of those wishing to say a final goodbye.

If given a choice between Ned’s career criminality and Dan Andrew’s daily ‘We’re all in this together’ TV appearances, I would choose Ned’s more honest brand of criminality to the updated variety that has swamped Spring Street. Ned and his gang arrived in Glenrowan with their homemade helmets and armour. Andrews’ enforcers boast far more modern kit, complete with shields and shin guards, but in terms of violating liberties that’s about the only difference.

Dr Doug Morrissey’s book Ned Kelly: A Lawless Life was published by Connor Court in 2015 and shortlisted for the Prime Minister’s Literary Award in 2016. Doug’s latest book Ned Kelly: The Stringybark Creek Police Murders will be published later this year

4 thoughts on “The Outlaw of Spring Street”

Arrogance and Delusion Atop the Greasy Pole