For Keynesians and MMT, a Broken-Clock Moment 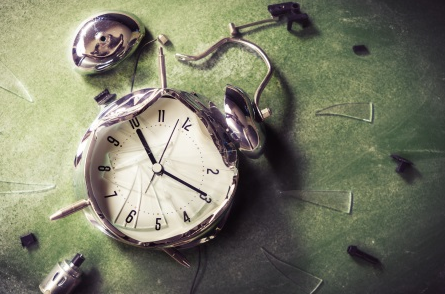 In an address on July 21, Reserve Bank Governor Philip Lowe said that the RBA had bought $50 billion of government bonds to keep the yield on three-year bonds to a target of 0.25 per cent, as set in mid-March. While noting that since late April the RBA has “scaled back purchases significantly and [has] not needed to purchase any bonds for some time,” he added that “there is broad understanding that the RBA is prepared to use its balance sheet in whatever quantity is needed to maintain the target.” At the same time, he said “that monetary financing of fiscal policy is not an option under consideration.”

If you can square those conflicting statements, you’re a better man than me, Gunga Din.

But let me leave the Governor’s dissonant remarks aside and pose these two questions: First, is the current bout of lavish government spending and RBA “money printing” (in the year to May the money supply (M1) increased by 38%) in keeping with the prescriptions of Modern Monetary Theory (MMT)? And, second, does it in any sense validate MMT? These are questions worth posing because there has of late been much idle and uniformed talk about MMT.

See also: Money Printing in the Age of COVID-19

MMT, stripped of embroidery, is a theory that government spending can remedy unemployment. It is pure untrammelled Keynesianism, though with an added knob. Both MMT and Keynesianism see inflation queering the pitch and preventing unlimited amounts of money being spent. Only MMT has a supposed remedy — the knob in question.

This “remedy” is a nationwide employment buffer scheme (the “jobs guarantee”), orchestrated and funded by government. It is a universal scheme guaranteeing a job at a uniform basic wage for all willing to work. When times threaten to get depressed the government employs more people here, there and everywhere, in part using local organisations and authorities. When times threaten to get inflationary, people let go of government employment and move into higher-paying jobs in the private sector and thereby quieten inflation. Such an employment buffer scheme would be an unworkable administrative nightmare. It is wildly fanciful. Yet without it, MMT is simply Keynesianism sans restraint.

Keynesianism is animated by the assertion that the economy suffers chronically, sometimes acutely, from a lack of spending. Individuals don’t spend enough. Businesses don’t spend enough. As a result of this lack of private-sector spending there is too little production and, hence, too little employment. And the answer: keep interest rates low to try to stimulate business investment spending (the subsidiary part of the answer) and increase government deficit spending to make up for the lack of private-sector spending (the principal part).

What we have currently in Australia and elsewhere is interest rates being kept very low. Notice that this implies a willingness on the part of central banks to create money by buying their government’s bonds in the marketplace, or sometimes directly. This is the modern equivalent of money printing. Without this activity on the part of central banks, the issuance of bonds by governments to fund their expenditure would cause interest rates to rise. Only the willingness of central banks to underwrite fiscal expansion by buying up government bonds — à la the RBA’s activities, despite Lowe’s protestations — prevents this from happening.

What we also have is government deficit spending of wartime magnitudes. The latest economic and fiscal update issued by the Australian government on 23 July forecasts a budget deficit of $185 billion in 2020-21 – it’s likely be markedly higher. Only last December, pre-Covid-19, a small surplus was forecast.

What to say? In the circumstances brought about by locking down parts of the economy, increased government spending and central bank action to keep interest rates from rising are entirely appropriate; and, to boot, in keeping with the prescriptions of MMT. While it is possible to quibble around the edges about the amount and direction of spending; in substance, nothing else can be done or should be done.

But does this mean MTT and, by extension, Keynesianism are right? No, it doesn’t. It means, rather like a stopped clock, that their prescriptions are right just this time and only this time. And what is this time? It is the first and only time that governments have deliberately locked down substantial parts of their economies.

Except for this unique time, systematic shortages of spending are illusory. Ask yourself, are there things you would like that you can’t afford? You bet there are. Income is the constraint. And income is production in another guise. Get production right and nothing will be left on the shelf.

Many people have been forced out of work (at the barrel of a gun). They have no income. Businesses not directly affected, which have geared their production to prevailing expenditure patterns, face unforeseeable losses of sales revenue. Governments simply have to spend money to prevent people starving and to prop up businesses more generally.

Government spending supported by monetary expansion is an essential and consequential counterpart of governments acting to lockdown economies. In this very special case, government spending is the right prescription. To reiterate, this no more supports MMT or Keynesianism than does a stray random shot hitting a bullseye indicate that a marksman is at work.