The Hermeneutic Circle of Social Justice 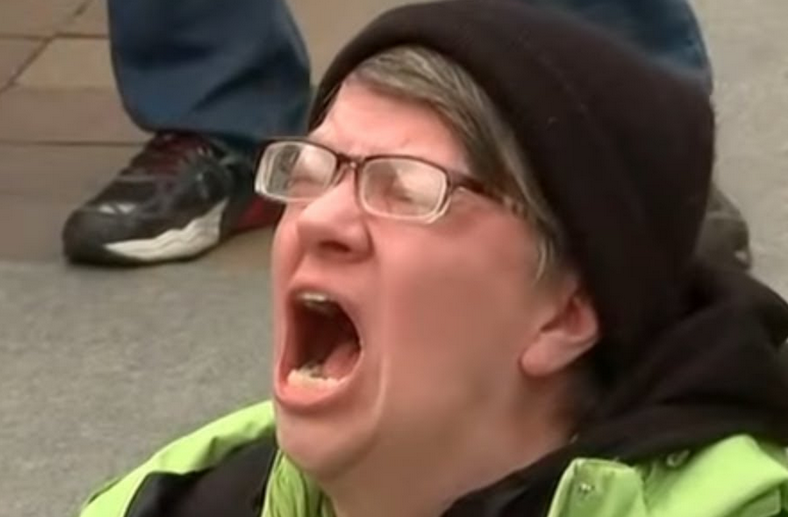 First, a little personal background: I attended university as a mature-age student. Luckily for me, I had read about postmodernism before I started my degree, so I was prepared for the panoply of nonsense I was about to experience. My friends at university were a group of feminist women who forgave my apostasy when I said that feminist theory was either unmitigated mumbo jumbo or platitudes dressed up as profundity. I suspect they tolerated my shameful patriarchal logic because they thought I wasn’t intelligent enough to understand the epoch-making significance of feminist thought.

A student acquaintance of my feminist friends did not like men and avoided them at every opportunity. One day the woman stopped herself in full stride when she saw me sitting with her friends in the tavern. I was the only male who was a regular friend of these women, so her rudeness made me feel particularly special. I was told matter-of-fact that she wouldn’t associate with men because of her feminist beliefs. This attitude was encouraged by her Women’s Studies professors. In normal circumstances, I’d think her idiosyncratic response to my presence was a reaction to my cologne, my movie-star looks, or my scintillating conversation. But it was none of those. The woman’s entire being was destroyed by ideology. She wore her feminism, through her speech, clothes and behaviour, as a badge of honour. Feminism was her complete identity and there was nothing of herself outside this identity. She viewed herself, ironically, as a unique individual, even though she behaved like a cult member. Nothing, in other words, could pierce the armour of her beliefs, especially not reason.

One day, we met unexpectedly in the office of a university professor. The woman responded to my presence by staring at me with undisguised hostility. I wasn’t a human being – I was a representative of the patriarchy, a villain of her paranoid imagination. My crime was being a man, and thus I was guilty, without qualification, of women’s oppression. Staring at me so aggressively was her way of proving that she was a feisty, gutsy, strong woman making a statement about the evils of the patriarchy. I thought, in turn, that she was an ill-mannered fruitcake who wasn’t very bright.

The reason I relate this tale is that the lunacy taught in humanities departments and in much of the social sciences, especially in women’s studies and English literature courses (which this woman personified in her illogical, socially-sanctioned behaviour at university) is now the dominant ideology of the Western world. Its effects are seen everywhere, from non-binary ideas of sexuality, corporate virtue-signalling, in talk of  ‘white privilege’, cancel culture, to the idea of being offended if you are not addressed with your preferred pronouns. Bizarre sub-genres of postmodernism, such as critical race theory, queer theory, intersectional feminism, and post-colonial theory, which previously were only taught in the echo chamber of left-wing university departments, are now influencing our political institutions. ‘Theory’, the overarching name of these multifarious philosophies, is the guiding principle behind this trend, and it is also the philosophy which informs Black Lives Matter, Antifa, and the new secular religion of DIE: Diversity, Equity and Inclusion.

To give an example of the fake oppression that social-justice proponents have conjured from their vivid imaginations, think of women-only safe spaces on university campuses. Segregation is seldom a good idea, but self-imposed segregation based on paranoid fear is worse than actual discrimination because it’s based on delusion. I stood outside a women-only room at university when a feminist friend returned her books to its feminist-themed library. Men could not cross the room’s threshold, such was the terror its denizens felt towards the male-dominated outside world. The university campus, according to this view, was a horror-story of rape, the male gaze and ‘violence’ against women. The women-only room was thus a refuge for women who wanted to escape the patriarchal tyranny that was an omnipresent feature of university life.

Being a ‘privileged’ male, I was oblivious by definition to the suffering of the women students. What blinded me to the ever-present injustice was the ubiquitous female laughter on campus and the fact that the university was as feminist an institution as could be imagined. If the feminist bureaucracy running the university couldn’t ensure women were safe in this environment, then the sisterhood was doomed. What’s the point of women running the world when they cannot ensure that a Western university campus, the most civilised institution ever invented, is a safe place for women? Even the large, burly men who were employed as security guards, according to this view, couldn’t protect female students.

Women-only safe spaces are an example of how irrational ideas inform contemporary politics. The same logic applies outside universities. The question, though, is how has such irrationalism become dominant in contemporary culture? The answer is that activists, who are taught postmodernism or its derivatives, use everyday words in ways unrelated to their everyday meanings.

To most people, the word ‘racist’ denotes a person who discriminates against someone because of their race. This is not the only way, however, that advocates of radical feminism, social justice or critical race theory use words like ‘racist’, ‘classist’ or ‘sexist’. In the eyes of promoters of social justice it is all very clear and obvious:  society, social systems and social institutions also oppress people of colour, the poor and sexual minorities. Bigotry, both paradoxically and illogically, on this view, doesn’t need actual bigots.

This is not how most people understand racism. And it is at this juncture that a sleight of hand is used to create the perception of a pervasive bigotry that simply doesn’t exist. There are two levels of analysis working here. Both operate independently of each other. One is at a societal level, which is where systemic oppression is deemed to occur, and one at the level of the individual — in other words, statistically, where documented cases of discrimination can be counted. The issue, though, is that genuine cases of discrimination at the individual level disprove the claim that systemic injustice exists – the numbers don’t add up, in the same way that ten cases of a disease is not proof of a pandemic. Systemic oppression, then, is impossible to prove without statistical documentation of discrimination against real people, otherwise human beings would be able to invent anything from nothing, including unicorns and aliens, without empirical evidence.

There is no evidence, for example, that women, blacks, or other minorities, all things being equal, experience discrimination in greater numbers than other groups in Western societies. Black Americans are not killed by police in greater numbers than Caucasians and Hispanics. Australian Aborigines do not die in custody more than other Australians. The pay gap between women and men is a myth. It is at this point that, what I call the hermeneutic circle of social justice is used to ‘prove’ that pervasive discrimination in Western societies is a reality.

What we are left with is an epistemology that privileges wishful thinking over reality, that marks the results before the exam, and that looks at the world, as Nietzsche said, with a squint. It is politics, pure and simple, dressed up as morality. Social justice is a psychological impulse that can never be satisfied because proponents of social justice gain meaning from their opposition to ‘injustice’. And if they can’t find real injustice, then they invent a concept out of thin air — for example, the currently fashionable charge of ‘systemic racism’, — to prove its existence. In other words, widespread discrimination in Western liberal democracies is a psychological delusion rather than an actual problem. Examining bad luck or poor lifestyle choices in countries where it is illegal to discriminate against people because of their sex, race, or sexual orientation is a better way of determining success or failure than claims of discrimination or systemic bigotry.

It’s ironic though, that, once again, it’s the fact-based community, those who pose as rational and science-based, that cannot escape metaphysical speculation. Systemic oppression is the God of the Gaps argument in secular form. Discrimination, on this view, must exist even if belief in its existence is based on faith rather than reason. It’s also ironic, that the two foremost modern liberation movements, anti-racism and feminism, have produced irrational fanatics who would make Ignatius Loyola blush.

Enemies of the People