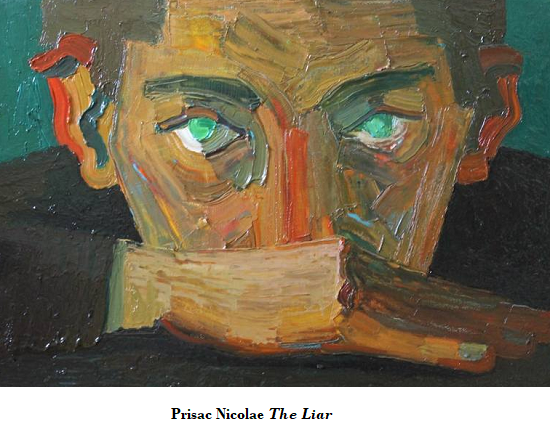 Last week Andrew Bolt had prominent Labor man Bruce Hawker on his show. I suppose this is an attempt at balance. There I go, trying to make my life lefty-free in order to remain sane, only to be hijacked by Bolt bringing Hawker into my sitting room. As an aside, Alan Jones does the same thing in regularly having Tanya Plibersek invade my space. I use the mute button till she’s gone, so I can’t absolutely swear that what she says is insufferable.

Anyway, this piece is not about Hawker per se but about two myths he spouted about Donald Trump and also, to draw a lesson, about Bolt’s pallid response. The two myths are well-trodden paths for leftists everywhere. They are repeated ad nauseum; they are now fully-fledged factoids and from here, no doubt, will appear in history books for children as historical facts. They will sit alongside the totally debunked accusation that Trump made fun of a disabled reporter and no doubt the brand-new calumny in The Atlantic that he described WWI fallen US soldiers as losers.

The two myths to which Hawker gave fresh currency are as follows. Trump showed himself to be a racist by not condemning white supremacists in Charlottesville. And Trump advised ingesting disinfectant to cure COVID-19. First to Charlottesville.

A rally was organised in Charlottesville, Virginia, in August 2017 to oppose pulling down the statue of Robert E Lee. Reportedly, it was organised and led by unsavoury ‘white-nationalist’ types. It ended badly, in violence, as a result of clashes with those who supported removing the statue. That’s my anodyne take on it. I don’t want to get into the weeds of what did or didn’t occur.

At issue is what Trump did and didn’t say. It is legitimate to debate whether he always struck the right nuance in how he responded. That kind of picky debate is par for the course in political life. But it is a lie, pure and simple, to say that he didn’t condemned those taking part in the rally who were neo-Nazi’s and white nationalists.

It is worthwhile going to Factcheck.org and a piece by Robert Farley on 11 February this year. He set out all of Trump’s statements and comments which followed the rally. Here is an extract of one:

You had some very bad people in that group, but you also had people that were very fine people, on both sides … and I’m not talking about the neo-Nazis and the white nationalists, because they should be condemned totally.

Racism is evil. And those who cause violence in its name are criminals and thugs, including the KKK, neo-Nazis, white supremacists, and other hate groups that repugnant to everything we hold dear as Americans

Of course, the outrage industry went into overdrive at Trump’s assertion that there were fine people on both sides. But simply take the statement in isolation. It implies that a number of those participating were not so fine. Some, in fact, as Trump put it, were “bad.”

Make a note. Each time leftist buffoons claim Trump is a racist they hark back to Charlottesville. That is all they have. And that is a big fat nothing.

Second, the “disinfectant” myth. I personally saw that particular pandemic press briefing. Trump was clearly expressing a wish, somewhat tongue in cheek, in a side conversation with doctors who were there as part of the briefing and who in part discussed the need to disinfect surfaces, that it would be good if something could be found to ingest which would have the same effect as disinfectant on surfaces. It could not have been misinterpreted except by those with ill will towards him; of whom, sadly, there is no shortage in Washington DC and beyond.

Andrew Bolt has been known, quite rightly, to criticise presenters who allow panellists or guests to get away, unchallenged, with making unfounded prejudicial remarks. He often brings in Gerard Henderson to amplify the ABC’s culpability in that regard. In this case, he allowed Hawker to make such remarks about Trump. True, he did try to challenge him a little over the Charlottesville matter but allowed himself to be talked over by the garrulous Hawker.

My point is not to be critical of Bolt, one of the few good guys in the Australian media, along with a number of other Sky News hosts. My point is to press the need, in this post-modern age, when lies are dressed up as truth, for conservative commentators to pre-emptively arm themselves with the facts and be ready to respond resolutely, if they choose to subject their viewers or listeners to leftist malign make-believe. It’s not that hard. Leftists tend to repeat and repeat the same old fabrications with the intent of giving them faux verisimilitude.