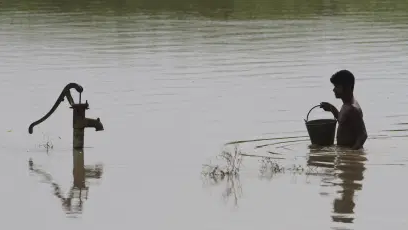 Boosting demand is the sine qua non of the Australian Government’s and the Reserve Bank’s (and, if it were in government, the Opposition’s) intended response to the depressed economic conditions, which we and the rest of the world face, having destroyed businesses and livelihoods in the cause of combatting the pandemic. It is an archetypical Keynesian response. Some untutored commentators badge it as Modern Monetary Theory (MMT). It isn’t.

First, dispense with the idea that what we have seen so far by government, in borrowing and spending, is Keynesianism. It is isn’t. Neither Keynes nor any of his followers to the present day constructed a theory based on a premise that one day a government would lockdown its economy. That would have been laughable. Crazy stuff akin to science fiction.

The spending we have seen thus far is relief spending, not Keynesian stimulus spending. Governments here and elsewhere, having closed businesses, had the choice of allowing people to starve or to provide relief. They chose the latter to avoid insurrection. A good thing? Look at it another way. If they had been constitutionally prevented from providing relief, they wouldn’t have acted so absurdly in the first place and we wouldn’t be in this mess. But we are. So, there it is and we have to get on with it.

To understand what economic policies are now best put in place to help economic recovery, a primer on full-employment equilibrium is helpful. Come on, you say, sounds like gobbledegook to me. In reality, it is simple common sense; easy to understand, yet completely missing, it seems, from the economic thinking and toolkit of most treasury and central bank economists.

In real life full-employment equilibrium can never be achieved. But we can get close enough at times. And what gets us close is the price mechanism. Left to themselves market prices constantly adjust to bring unused resources into play and to guide where they can be best deployed. On the other side, those same prices respond to, guide and ration demand (expenditure). No computer can do it, however super. Markets do it. And only markets can do it.

So now, what to do? The answer mainly lies in removing obstacles to prices doing their job. In other words, as President Trump realised, and as President Reagan before him, deregulation is the key. Needing to spend ten years to get a coal mine up and running (Adani) is not a shining example of deregulation. Neither is insisting on building a gas-power plant in a coalfield, the Prime Minister’s last-week brainwave.

Instead, at best, lip service is paid to deregulation. Stimulus spending is the go; usually, for the most part, on geographically spread construction projects here and there. Now, armed with our model of full-employment equilibrium, it is easy to see how misguided is such a policy.

Willy-nilly spending on this or that construction project can only interfere with price signals. In some places, for example, prices of construction materials might go up artificially when they should go down. A wind farm is built or even a gas plant when a coal plant should be built, and would be built if the market were allowed to work. The result: power prices increase for a range of manufacturing industries. They become uncompetitive, go out of business, and move the economy further from full-employment.

The government should continue relief spending while it keeps the economy in paralysis and during a reasonable period thereafter. Beyond that, it should focus on removing impediments to economic adjustments, development and growth. That’s hard work of course. Easier to rely on the Keynesian fallacy; spend money and hope it helps.

Relieving banks of some post-GFC lending constraints is sensible (and deregulatory). Why not, Josh Frydenberg, at the same time, instruct them that their banking licence does not give them license to signal their virtue by discriminating against coal projects or against any legal activity.

Second, stimulus spending, borrowing and keeping interest rates low is none other than the application of Keynesian economics. True MMT is a little more cavalier than Keynesianism but, and this is vital, the essential and novel component of MMT is a government-orchestrated employment buffer scheme. The government employs people nationwide – letting some go when the economy booms and taking some in when the economy stalls. No one is yet proposing this unworkable madness.