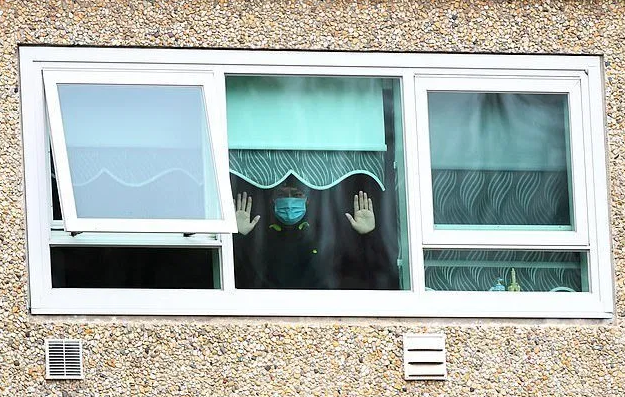 Victorians sometimes joke that to understand our state, one must look to Australian Rules football.  I’d like to be able to disprove this claim; but in recent weeks the parallels between troubles at a leading football club and difficulties experienced by the government in containing COVID-19 have been so similar it is uncanny.

To explain.  A former professional football player recently made a complaint against a respected football club, which has set an investigation underway.  The player alleges he had to endure racist language and behaviour for years.  Other players nicknamed him ‘Chimp’, making intermittent offensive remarks about monkeys.  It wouldn’t stop.

Footy players are not chosen for their brains.  Some have been known to do stupid things when off the sports field.  That is where club managers are meant to step in, keeping wayward players in hand, stopping questionable behaviour.  It ought to be common sense to the management team that you halt racism among any players.  But this elementary level of practical supervision allegedly didn’t occur; for years on end, too.

Likewise for the Andrews government’s handling of COVID-19.  A disturbing, and dangerous, lack of basic supervision by health department managers has latterly emerged.

Take the quarantine of people travelling from interstate or overseas.  They are put up in hotels at government expense, and must stay in their designated rooms until cleared.  To ensure this occurs and they do not mix with others, security guards are in those hotels.

Of course, this was much as how Australia handled incoming travellers in previous centuries, although back then people were put in the government’s quarantine station.  That facility prevented dangerous epidemics from overseas getting into the Australian population.  So the hotel rooms are an updated version of a proven and very effective health strategy.

But at one hotel the security guards haven’t done their jobs correctly.  People in quarantine were allowed to leave their assigned rooms and use the hotel’s facilities, wandering in corridors and common areas, going out on the street to smoke cigarettes.  Even mandatory ‘social distancing’ was flouted, those in quarantine mixing with hotel staff and the guards.  So instead of containing COVID 19, hotel quarantine has spread the virus to staff and, via them, the community.

It’s been said in the security guards’ defense that they weren’t given clear instructions on their duties.  That may be the case, but the media has been saturated with information on how people are meant to behave in public and the workplace to prevent COVID-19 infection.  Do the guards not watch TV, listen to the radio, read newspapers, use social media or the internet?

The central problem here is that the hotel, its staff and the guards were not supervised. Health officials did not keep a check on them.  Again, common sense is lacking.

Likewise for worrying problems with government social housing.  Several thousand people live in a cluster of government high-rise flats.  Physical space in them is tight, common corridors are narrow, residents share a couple of small elevators.

Now you would think health officials had made arrangements to ensure residents can safely use common areas and elevators in these government high-rises.  Not so.  Again, the Health Department hasn’t put any sort of practical supervision in place.

You would think the same precautions would be applied to Melbourne’s public transport system.  Common sense again.  But our health department has done nothing—until this week, when  Premier Daniel Andrews finally announced this basic quarantine practice is being introduced here.  I’d call that ‘shutting the gate after the horse has bolted.’

A last point.  In late April we had a furore in the news media because the deputy health officer for the entire state of Victoria posted a tweet denigrating Captain Cook.  People got agitated about the gist of her remarks.  But that was beside the point.

If you checked her controversial Twitter, it was posted at 10.16am on a Wednesday morning, when this senior public official was presumed to be busy managing the state’s COVID-19 crisis. The official line was that it had been posted on her day off, but like so mmany of the Andrews government’s pronouncements and policies, you have to wonder if there was any truth in that defence. Whatever her roster, like Nero fiddling as Rome burned, she was dabbling with social media, posting personal notes on Twitter.  Can we be surprised there are problems with how our health department is supervising the quarantine?

8 thoughts on “The Towering Incompetence of Premier Dan”

Constitutional Recognition and Those Judges

Learning to Leave Beijing Behind