The Worthwhile Warts of Historical Figures 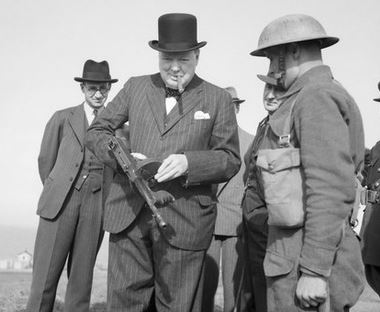 The desecration of property has been an unfortunate by-product of the more extreme fringes of the George Floyd protest movement. Recently in Britain and the US, and here, too, if protesters are to have their way, the vandalism and defilement is reaching new heights as historical monuments become the subject of demonstrators’ wrath. In Bristol just days ago, a Black Lives Matter mob toppled a bronze statue of 17th-century British philanthropist, politician and, yes, slave trader Edward Colston, provoking cheers from the enthralled witnesses as it was rolled into the Avon. History has, correctly, not been kind to Colston, and many viewed the dunking as deserved vengeance a long-time coming. Bristol’s own mayor acknowledged he had never liked the statue’s prominent placement, which he called “an affront.”

But when Sir Winston Churchill’s statue in Parliament Square was defaced, the behaviour of the protestors was deemed by many to be far more impetuous. The graffiti on Churchill’s monument was scrawled during the same march in which a lone protester, just a block away, tried to burn the Union Jack at the Cenotaph, a memorial to Britain’s war dead. It was indeed a bold move, considering Churchill’s place in the British pantheon of great figures. His pugnacious war-time leadership has resulted in many regarding him as the saviour of the Free World. Such is the adulation for Churchill that in 2002 he was voted in a BBC poll as the ‘greatest Briton of all time’.

While the wilful ransacking of businesses is a contemptible tactic of activism, the trashing of historical monuments is that and much more. It is dialectically linked to the desire of many protestors to rewrite history, or at least excise certain parts, to manufacture a narrative that lends credence to the objectives they presently pursue. The trashing of national symbols represents a very dangerous impulse, an intellectually reprehensible strategy that imposes costs far beyond that of mere graffiti-removal.

A phenomenon that is unfortunately creeping further into the analytical toolkit with every year that goes by is the increased perspective of ‘presentism’. As Matthew Omolesky observed in a recent Quadrant, presentism is the tendency to interpret past events and people in terms of modern values and concepts. This penchant to judge our forbears against today’s criteria is deeply unfair. We would not castigate our younger selves with the sagacity of today because to do so would be disingenuous and overlook the beauty of learned lessons. If the razor of presentism were to be wielded consistently and without selective prejudice there are very few figures in history who would escape modern ridicule and admonishment.

Thomas Jefferson owned slaves. Ghandi’s sexual habits were at first lusty and subsequently bizarre, and Churchill was a fierce imperialist who advocated policies, the use of poison gas against Kurds and Afghans, for instance,  that caused a great deal of suffering to the people of the Subcontinent. Of course, these behaviours are rightly lamentable in this era. By the standards of their time, however, they barely raised an eyebrow. No doubt, 100 years from now, our great-grandchildren will be deploring the actions and policies of today. This is both the beauty and curse of history. If we are to becomes practitioners of presentism then we should at least be consistent and tear down each and every monument to a historical figure who falls short of today’s moral codes. A better response is to leave them standing and untouched as teachers of warts-and-all history.

The unfortunate reality in the contemporary analysis of historical figures is the proclivity to focus more on the bad than the good, or in the worst cases, exclusively the bad. For men as politically complex as Churchill, in many ways a walking contradiction, this will lead some to an unfavourable appraisal of their contributions and a tepid memory of their positive legacies. The nimble attitude with which Churchill approached politics saw him cross the floor not once but twice, and ceding to Stalin, albeit reluctantly, much of post-war Europe. These actions and many more have left historians and biographers reaching an impasse in trying to categorise the seemingly uncategorizable. His views and politics could be defensibly termed — to borrow from the man himself — a ‘riddle, wrapped in a mystery, inside an enigma’. Churchill was a special man with many of his proficiencies only possible because of his innumerable deficiencies. His past misfortunes paved the way to his future fortunes; a lifetime of mistakes were the carefully constructed scaffolding for unmatched successes.

It is vital that, when we subject history’s now out-of-favour figures to the knife of criticism, the totality  of our assessment is the person as a whole. It is a cute irony that the desecration of Churchill’s monument coincided with the 76th anniversary of the D-Day landings, the single day which perhaps best exemplifies the British people’s struggle and hard-won triumph against fascism and genocide. To say Churchill was important in those landings would be an unpardonable understatement. While the BLM crowds decry perhaps his largest character flaw they conveniently overlook his greatest achievement on one of its most important anniversaries. I wonder how many protesters who revelled in the daubing of Churchill’s monument later that day offered a moment’s silence in gratitude for the D-Day soldiers’ sacrifice and Churchill’s instrumental leadership in first warning about Hitler, then refusing to bow to him and then, fortitude and resolve at last rewarded, playing a key role in the monumental achievement of Western Europe’s liberation. An obsession with someone’s failings is an ingratitude that leads to some of their greatest strengths being forgotten. That is a sad disservice to history, let alone the recipient.

The phrase “sunlight is the best disinfectant” was introduced to American legal discourse by Justice Louis Brandeis, who served on the Supreme Court a century ago. In essence, it instructs that the best way to derive important lessons, especially from something vile and regrettable, is to put it under the spotlight for all to study. This point is far more pertinent to the less defensible Edward Colston than it applies to Churchill. The figures of the past — most especially the tyrants, racists and bigots — can be our greatest teachers. “Those who do not learn history are doomed to repeat it” is apt here. The most prominent example of this ideal is Germany’s very public and thorough preservation of its shameful Holocaust history. The most regrettable and ugly chapters deserve to be displayed in prominent places – not because they in any way should be celebrated; rather, because they serve as enduring reminders of how far we have come.

Churchill, of course, will survive this affair; the rhino’s hide he developed from years of ridicule in the political arena will make light work of repelling a little graffiti. But it is an opportune moment for the rest of us to remember how essential it is to remain vigilant in the preservation of all shades of history. The cost of its desecration is far more than dented bronze.