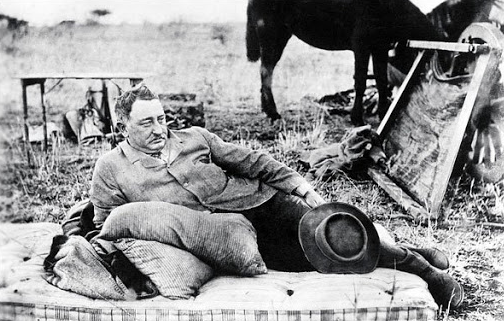 They want to tear down the statue of Cecil Rhodes (above) displayed at Oxford University.  Rhodes was a major benefactor there which is why that statue was erected.  It acknowledges among other worthy deeds the philanthropic scholarship he founded—which since being launched in 1902 has helped many generations of talented young people, including Africans, undertake advanced studies at Oxford University.

Rhodes was, by today’s standards, a haughty imperialist and ardent racist.  No one pretends otherwise.  Yet it appears that nothing might mitigate disapproval and censure for his now offensive personal attitudes.  Anything positive Rhodes might actually have had a hand in isn’t to be acknowledged; although how can one discount the significance to world affairs of so many former Rhodes Scholars?  We in Australia are aware they include three of our recent Prime Ministers (Bob Hawke, Tony Abbott, Malcolm Turnbull), as well as an American president, Bill Clinton.

I grew up in a different time.  In those years individuals who strove to improve themselves were valued, 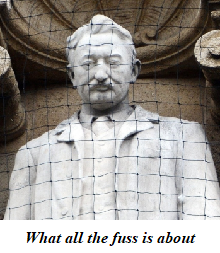 especially formerly irresponsible or malign characters who chose to turn a new leaf.  My parents insisted that forgiveness must be offered, and grudges not clung to when an idler or disagreeable person reformed.  That attitude was even built into our justice system, convicted wrongdoers being rewarded with parole and shortened jail sentences if they made a conscious effort to improve themselves.

One has to think here of Cecil Rhodes—a shrewd, at times ruthless, mixture of politician, businessman and mining magnate.  I and my fellow students were left under no illusions about him when we attended university.  Academic history had been swinging against Rhodes since the 1960s, with hagiography being superseded by more rounded and comprehensive perspectives of this relentless schemer.  But nevertheless we were encouraged to value his educational legacy, indeed, a Rhodes Scholarship was soon to be awarded to a then unknown American student, Naomi Wolf.  Who might have predicted that a scholarship bequeathed by Cecil Rhodes, such a male chauvinist pig, would fund the post-graduate work which culminated in Wolf’s watershed Feminist book The Beauty Myth?

As Wolf tellingly demonstrates, despite the personal prejudices of Rhodes himself, the scholarship he established runs as a meritocracy.  And that is not to be discounted.

There is a more immediate worry about the Cecil Rhodes statue at Oxford.  History repeatedly shows that removing statues is a necessary preamble to book burning and intellectual repression.  Oxford University supplies a telling example of this.  A sequence of public book-burnings were conducted on Broad Street during the 1550s.  They culminated in three scholars — Cranmer, Latimer, Ridley — being burned at the stake over 1555-56 for holding what were then Politically Incorrect views.  The Martyrs Memorial which now stands at the corner of St Giles and Beaumont streets remembers those events, serving as a warning to passers-by that the university should never again succumb to the zealous excesses of Political Correctness.

So it seems to me that if the Cecil Rhodes statue must come down, then the Martyrs Memorial will be next in line for removal, followed by the incineration of out-of-favour materials in the Bodleian Library and Ashmolean Museum.  Once started, these things acquire an unstoppable momentum.

Tell me I’m wrong, someone.  Please.

In France, no surrender this time