Between the Lines: Decoding Witness ‘J’ 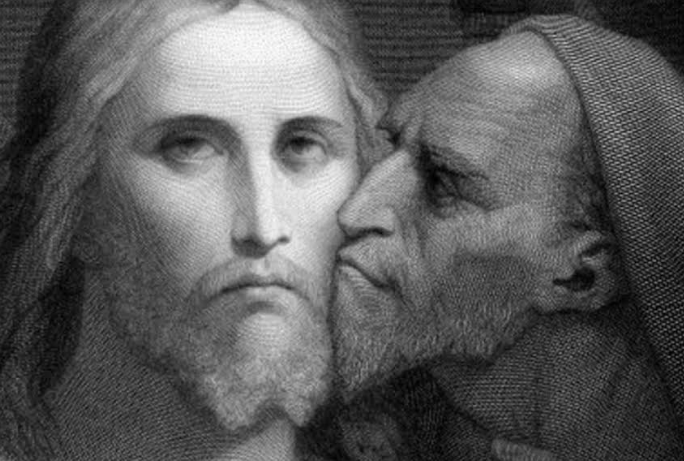 In a long interview with Sky News after Cardinal Pell’s acquittal by the High Court, Fr Frank Brennan SJ, who had always expressed skepticism of the original verdict, went over the reasons for the paramount decision. But right at the end, he added

…And let’s, above all, spare our thoughts for Mister J. He gave a very moving statement there yesterday about getting on with his life, but knowing that there are dark periods…

Fr Brennan also waxed about the great psychological burden heaped on J by the incompetence of the police and DPP in pursuing a case so ludicrously improbable it should never have been investigated in the first place. This was a convenient, if unsupportable, way of maintaining the socially mandated “believe the victim” stance whilst simultaneously finding third parties on which to sheet home blame for the fiasco. He wasn’t alone in giving J a pass. Chris Kenny made similar comments, while the ABC reported the following from Archbishop Comsoli, who was “relieved” the legal system finally acquitted Cardinal Pell. “But at the same time,” he continued, “… my heart went out to J and his family.”

Nor was he alone. Archbishop Mark Coleridge, issued a statement on behalf of the Australian Catholic Bishops Conference. It included:

Today’s outcome will be welcomed by many, including those who have believed in the Cardinal’s innocence throughout this lengthy process. We also recognise that the High Court’s decision will be devastating for others.

Many have suffered greatly through the process…

Archbishop Coleridge finds many who have suffered as a result of the trial, the second trial, the first appeal and the final appeal. I also find many who suffered, but the one who suffered most of all was Cardinal George Pell.

The bishops and Father Brennan were not alone in praising ‘J’ for his “moving statement.” Clearly, that statement needs to be interpreted for the innocent of heart and the naïve. Here it is, with comments by [this writer] exploring the subtext.

Here are excerpts, with comments

I respect the decision of the High Court. I accept the outcome.

[because it can’t be taken any further.]

I understand their view that there was not enough evidence to satisfy the court beyond all reasonable doubt that the offending occurred. I understand that the High Court is saying that the prosecution did not make out the case to the required standards of proof

[Pell did it, but they just couldn’t nail him.]

It is difficult in child sexual abuse matters to satisfy a criminal court that the offending has occurred beyond the shadow of a doubt. It is a very high standard to meet — a heavy burden. I understand why criminal cases must be proven beyond all reasonable doubt.

[Marvel at J as he defends the criminal justice system that ultimately let him down. The courts must be free to make mistakes, he says, even if a guilty man gets off. Admire him for acknowledging as much, even to his detriment.]

No-one wants to live in a society where people can be imprisoned without due and proper process.
This is a basic civil liberty. But the price we pay for weighting the system in favour of the accused is that many sexual offences against children go unpunished.

[The selflessness is being laid on with a trowel.]

That’s why it remains important that everyone who can report to the police does so. I would hate to think that one outcome of this case is that people are discouraged from reporting to the police.

[Think of the poor lawyers missing out on all that work and their cut of the settlements.]

I would like to reassure child sexual abuse survivors that most people recognise the truth when they hear it.

[Unfortunately for J, the High Court, not being ‘most people’, recognises falsehoods and impossibilities.]

They know the truth when they look it in the face. I am content with that….

And so J’s statement goes on (and on and on).

The simple reality is that anonymous J made up the story about Cardinal Pell. That he is a liar can be said now, thanks to the High Court, but this recognition of a fabulist has been strangely missing from all of the public commentary I have read. J’s first statement, after Pell’s original conviction, and second, after the failure of his appeal in Victoria, as well as this most recent one, must all be read with Cardinal Pell’s innocence in mind. In that light they can be seen as masterpieces of deceit and misdirection.

Witness J’s lawyer is Vivian Waller. According to her bio at Waller Legal (motto: ‘In pursuit of justice’), Dr Waller has a PhD from Melbourne in “civil claims for compensation for childhood sexual assault.”

J’s second statement has this:

I have not instructed any solicitor in relation to a claim for compensation. This is not about money and never has been.

Well, given J’s proclaimed integrity, we can cross that motive off the list. I guess it is just one of those mysteries. Yet despite insistence that money was never a motivation, there are conclusions we can reach, and then there are unnecessary speculations that are gross overreach. Fr Brennan’s comments, cited above, continue

…and my regret is, those dark periods – sure, in the first instance they came because of some dreadful priest who abused him out in the suburbs or whatever, and I’m a Catholic priest, and I have to bear some responsibility for that.

Who is this priest, as anonymous as J himself? He is conjured into existence in another attempt to reconcile the innocence of Cardinal Pell with the ineluctable necessity to “believe the victim.” J cannot be believed in respect of Cardinal Pell, so “some dreadful priest” is invented. It is reasonable to assume that, if this suburban monster actually existed, J would have identified him, would he not? He was, after all, so very definite about the circumstances of the Cardinal’s purported predation, including the location, the timing (with the help of a little VicPol coaching), the robes of the bishop (more or less), and so forth.

J’s paean to his deceased mate was even more expansive in his second statement, after the dismissal of the Victorian appeal.

After attending the funeral of my childhood friend, the other choirboy, I felt a responsibility to come forward. I knew he had been in a dark place. I was in a dark place. I gave a statement to the police because I was thinking of him and his family.

The idea of going to the police came to J, not during the inevitable long decline of his heroin-addicted friend, when a valid complaint may have been helpful, but at the friend’s funeral. Imagine that! Dead men tell no tales, but they can be recruited into a lie with no risk of being tripped up by differences in the telling and the whole thing coming apart under cross-examination. To do such a thing — drawing a dead friend into an edifice of perjury — could only be the action of a man devoid of any concern for the suffering of others, especially for the dead man’s family, whose sense of outrage could be readily manipulated. And most especially of the man enmeshed in that web of lies, with his career, financial security and reputation in ruins.

J lied. He maintained those lies, and he retailed those lies under oath with vigour and conviction. This is not some rare phenomenon. We all have encountered and will encounter talented liars and been taken in by them. But now that the truth about the allegations has been laid bare by the High Court, there is no excuse for continuing to excuse J, if for no other reason than that by doing so Cardinal Pell is implicitly, in the eyes of those lacking Fr Brennan’s Jesuitical sophistication, condemned as a paedophile who has escaped justice.

There has been one outstanding victim in all of this: Cardinal Pell. Meanwhile, having tied up the courts for years and wreaked chaos across the social and religious landscape of Australia, J continues to hide behind the suppression of his identity; to hide behind his lawyer; to hide behind his family. Come on out, J. Break cover. Show yourself. Let your millions of fans get to know you, know the things you’ve done, the people with whom you’ve interacted.

Now it’s your turn, J, if you are man enough to take it. Come out to your public. Maybe Tim Minchin will even write a song about it.

The Road to Earthly Perdition