What We Are Learning and, Sadly, Confirming 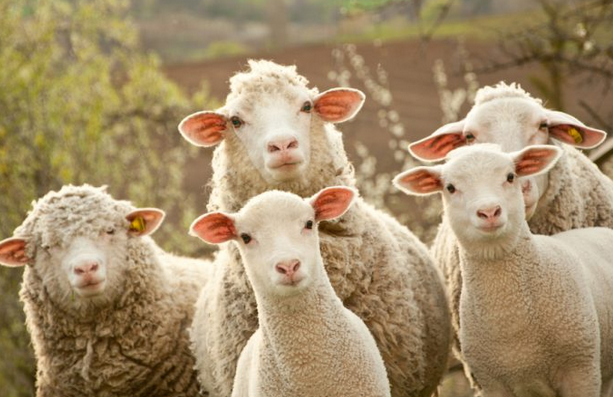 This cursed pandemic, and the accompanying panicky overreaction, is a learning experience. A first thing we are learning is that massive death tolls are usually invisible. Death upon death with nary a mention. Oh, the sheer callousness of it!

I took CIA data for country-by-country death rates in 2017. Australia’s was 7.3 deaths per thousand people. On this basis, we can expect to suffer in the order of 186,000 deaths in 2020. That is on average about 3,600 deaths each and every week; mostly unmourned by vox populi.

As of late in evening Anzac Day, 81 deaths have reportedly occurred on Australian soil as a result of the Wuhan virus. Predominantly, those who have died have lived at least their biblically allotted three score years and ten and, as well, had co-morbidities. All of these deaths, about 10 per week on average, since the first death on March 1, have been made conspicuously visible.

Each death is reported on individually and with emphasis. The humbug of “every death is a tragedy” compulsorily preludes any otherwise sane comment on the government’s dystopian experiment to cure the virus by collapsing the economy. One or two people die aged 92 in a nursing home and “death toll climbs” is the typical headline.

The contrasting treatment is stark. Convulsions over “the tragedy” of just 81 deaths; indifference to the 28,000 or so people (including children) who, on average, die in the same number of weeks in other ways. Mind you, we do hear about some of these deaths; if a notable or a so-called celebrity dies, or if those who die are victims of particularly horrific road accidents or of terrible crimes. But, on the whole, only close family and friends mourn. The rest of us are oblivious. We get on with our lives understanding that death is commonplace.

When we look back at 2020 from the vantage point of, say, 2025, the Wuhan virus deaths too will be background noise. They will be unnoticeable on the graphs. And we, who are not their friends or their families, will not remember them or, truth to say, care a wit that they have died. Robert Frost puts it candidly in the ending of his poem “Out, Out – “:

No one believed. They listened at his heart.
Little-less-nothing! – and that ended it.
No more to build on there. And they, since they
Were not the one dead, turned to their affairs.

A second thing we are learning is that most people are completely seduced by the moment. For them, there is no past to learn from and the future is completely coloured by the present. Let me give an example of many. This is Katrina Grace Kelly (Grace Collier with a new longer handle) in The Australian on April 18.

In the old world, despite the nation’s obsession with cooking shows on television, more than 36 percent of all meals were consumed outside the home. In hindsight this seems absurd, pointless and wasteful. In the new world, it will be downright dangerous.

Surely the writer must be aware of past pandemics and world wars and the ability of people to forget all about them, and soon, after they have passed. The roaring twenties was not unduly weighed down by the Spanish flu or the carnage of WW1. Just a shot in the dark – doubt whether the flappers gave a hoot.

So, those few of us who are able to think outside of the present have a duty, so far as we can, to bring a sense of perspective to current affairs. We will not get back to a spooky “new-normal” which leftists, in particular, are rubbing their sanitized hands with glee about. We will get back to normal-normal and, yes, this will include being within kissing distance of grandparents, rubbing shoulders at sporting events and in crowded bars and, such is hectic modern life, jostling in overcrowded modes of public transport.

Shaking hands and hugging will return (though, personally, I could do without the hugging). I could say something about the return of those downright dangerous activities, to wit, fornication and casual and commercial sex but I imagine they didn’t stop.

A third thing we are learning is that many of our fellow citizens will willingly dance to any tune governments play; however discordant. Instructions to cower in your bathtub, would be greeted with, ‘oh well you know, the government must be right’. Sheep, looking for all the world like people, are seemingly in great abundance. The inimitable Eli Wallach called it out, playing the Mexican bandit Calvera in The Magnificent Seven. “If God did not want them sheared, He would not have made them sheep.”

The are no doubt other things we are learning but I want to end with a confirmation rather than with an instance of new learning. As we know from the economic desolation they cause when in charge; from their national self-loathing; from their agenda to rob us of pride in our past; from their determination to tear down institutions (like traditional marriage) which have served us so well; from their overt hostility towards Christianity; from their intrigue to divide us by race and by sex, leftists are a plague on the world, more virulent than any virus. And, true to form, is their doleful advocacy in the current crisis.

34 thoughts on “What We Are Learning and, Sadly, Confirming”