We’ll Pay in Pain When the Bill Comes Due 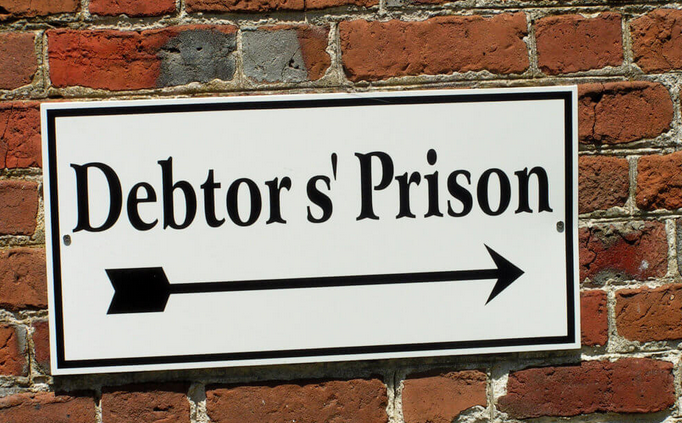 I was born in the Great Depression. “Depression Babies” they called us. Our parents were so proud. At the price of their own deprivations, they managed to rear us as healthy young Australians in a time of terrible hardship. I remember almost nothing. But as a toddler I saw able-bodied men, reduced to begging swaggies, coming to our door to ask for food. I found them frightening, but what really was frightening was invisible: they had lost control of their lives.

It is a great surprise to find that nearly 90 years later, I may well depart, not in the comfortable dotage I had saved all my life for, but in the next Depression. Unlike the ’30s, this one has been engineered by a government that succumbed to a panicky fear of death. It has sub-contracted its decision-making to panels of unelected doctors who have abandoned common sense in subservience to the cult of “modelling”. In short,  the 21st century’s looming Depression has been artificially induced, not inherited. Everyone is going to pay, and we’re going to pay for a very long time.

When the coronavirus SARS-CoV-2 loomed on our horizon, its depredations in Wuhan had already terrorised the world. After sensibly closing the borders, the Morrison Government asked what would happen if the virus got loose in Australia. The Commonwealth’s Chief Medical Officer, Dr Brendan Murphy, stepped forward to make soothing noises. There was no need to avoid shaking hands, he said. Go to the gym, go to the movies, ride on public transport, but wash your hands, he advised. More than 80 per cent of those infected with the Covid-19 (its new, politically correct name) would have only mild symptoms. There was very little evidence of the disease  in children. Even for people over 70 years of age with chronic ailments, the risk was low, he advised GPs. They should think about “social distancing”, he added. As the last flight took off from Wuhan, he told a press conference: “At this stage, evidence would suggest it’s not as severe a disease as SARS or MERS.”

But this calming voice was not that of a virologist, much less an epidemiologist. Brendan Murphy’s original profession had been as a nephrologist, a kidney specialist, but for the last 28 years he had been a medical administrator. Since 2016 he had been a bureaucrat, currently CMO, but in January was promoted to the post of Secretary of the Health Department. Not unexpectedly, his advice caused consternation and confusion in some quarters of the medical profession.

When he appealed to general practitioners around Australia to restrict their COVID testing and use of personal protective equipment (PPE) because of shortages, he elicited some acid responses, a sampling below

Before asking for help from GPs, you should consider why the government was not prepared for this pandemic. Was it not enough to build the panic among the general population with confusing information?

Why are you wasting money and resources for testing so much, and outraging (sic), affecting the downturn of our economy. That looks like mismanagement of this virus.

Professor Brendan Murphy, you are out of touch with the real world as a doctor and professor!

Meanwhile, boffins developing computerised mathematical models were about to usurp the responsibilities of governments. Behind the scenes, they had been working to predict what would happen to communities when a virus reached epidemic proportions. It was a fair question – it would have major implications for public health policy and governmental response. (Epidemic is defined as a disease affecting a large number of people in a short time.) The Prime Minister was about to declare a pandemic for Australia – envisaging the infection of an even greater proportion of the population. He was also about to be manipulated by the modellers.

We now know that the Commonwealth Health Department had turned to the Peter Doherty Institute for Infection and Immunity, based in Melbourne, to tell it what to expect from COVID-19.  From the very title of its modelling paper of March 31), To inform transmission reducing measures and health system preparedness, it is obvious the authors were not estimating the likely incidence, morbidity or mortality if the virus struck Australia in epidemic proportions. Instead, it started from the capacity of the health-care system to estimate the effect of social distancing, case isolation and quarantine, short of full lockdown. This is where the theories of infection multiplication, “flattening the curve” and increased ICU beds came from.

The government’s summary of the study, titled Impact of Covid-19 – Theoretical Modelling of how the health system can respond warned that even in prosperous Australia, without measures to limit spread of the disease, it could lead to demand for seven times the number of beds available. Translated to numbers, this led to the preposterous assumption that 89 per cent of people would catch the virus, almost 40 per cent would need hospital care requiring 35,000 ICU beds, but 85 per cent of patients could not get one. The study broke this down to show the assumed need for care – in hospital or ICU – by age group. They ranged from the insignificant 0.062% for children and youths to 35.8 per cent for the 70 to 79 age group and 65.9 per cent for the over-80s. It assumed  that one patient would need ICU care for every 3.4 admitted to hospital in every age group! But it did not disclose which country those guesses were based on.

These assumptions could only have been based on countries like China (5) and Italy, with their hugely different living conditions, smoking habits, health and age profiles. The government needed prodding before it belatedly released the modelling and its assumptions. Despite its disclaimers, it was intended to be prescriptive: “It helps us to predict the likely course of the pandemic in Australia over coming months.” The Doherty Institute did not model or recommend shutting down the economy, but its hypothetical scenario would have spooked government into the gross over-reaction we are now enduring.

The publication of these numbers led to alarmist headlines. The Medical Journal of Australia joined in, with its own warning that Australia’s mortality rate could be as high as Italy’s. With only 2,200 ICU beds, hospitals would be overwhelmed once the number of infections reached 22,000, it said, disregarding the fact that only about 15 per cent of the 10 per cent projected as going to hospital needed ICU beds. In the panic, there were urgent plans to double the number of ICU beds, and virtually nationalise the 657 private hospitals in Australia.

At the time of writing (April 10), the number of infectious cases confirmed is 6152 and 51 people have died.  Of those, some 45 — 88 per cent —  were over the age of 70. Most, if not all, had co-morbidities (pre-existing illnesses) so they died with but not necessarily of coronavirus.

The figures are currently running at 11 per cent of infectious cases taken to hospital, and 13 per cent of those requiring ICU care – a total of 88. Well within our normal capacity. The proportion of deaths to infections is 0.008, nine times less than the modelling forecast for the UK by Imperial College London team.(8)

Meanwhile, the Australian economy has been driven into the ground. Having artificially created massive unemployment from a perfectly functioning country, the desperate scenes of the 1930s have been avoided – but only by spending billions of dollars and bankrupting future prosperity. Distortions ripple through the economy. Stockmarket confidence was shattered, and while somewhat recovered of late has still taken down the earned wealth of millions. To stay alive, people already living a hand-to-mouth existence have had to be authorised to plunder their superannuation savings, with long-term consequences. Banks are coerced to suspend their dividends to finance the delay of loan and mortgage payments by people whose plight the government engineered. In a truly Orwellian twist, the Prime Minister could define the shutdown as “defending our sovereignty” and boast of the $130 billion JobKeeper plan as “the biggest lifeline package the nation has seen.”

What should have happened, of course, was a commonsense policy that did not pretend everyone could be saved from Convid-19. The assumptions and projections of the modelling should have been challenged. The truth should have been told: the great majority of the population was not likely to be seriously affected. Yes, some loss of life was inevitable, but the maintenance of a strong economy, continuing to perform as normally as possible, was essential, even paramount.

What went wrong?  We live in an emotional and sentimental age. Too often we heard the government and its ministers talking of saving every life (as if that were possible).  As Steve Waterson sagely enquired in his landmark Australian essay begging for a return to rationality: “When did ‘precious’ become ‘priceless’?” The Prime Minister’s sense of Christian compassion led him to get “the balance”, as he put it, wrong. It has brought out the Fuhrer Complex in far too many, especially police who, as one of Premier Dan Andrews’ officious officers was reported to have crowed after handing a $1600 fine to a teenage learner driver taking instruction from her mum, “We’re really smashing you guys today.” All this will make it very, very difficult to return to normality.

When this is over the statistics will reflect merely a premature “harvesting” largely of the old and infirm, balanced by a decline of deaths in the subsequent period. Deaths from the Wuhan virus will prove to be only a blip on the scale of the normal 160,00 deaths a year. But Australia will be beginning to face the real crisis – an unnecessarily weakened economic and financial position in a crippled world.