Two Judges and the Baying Mob 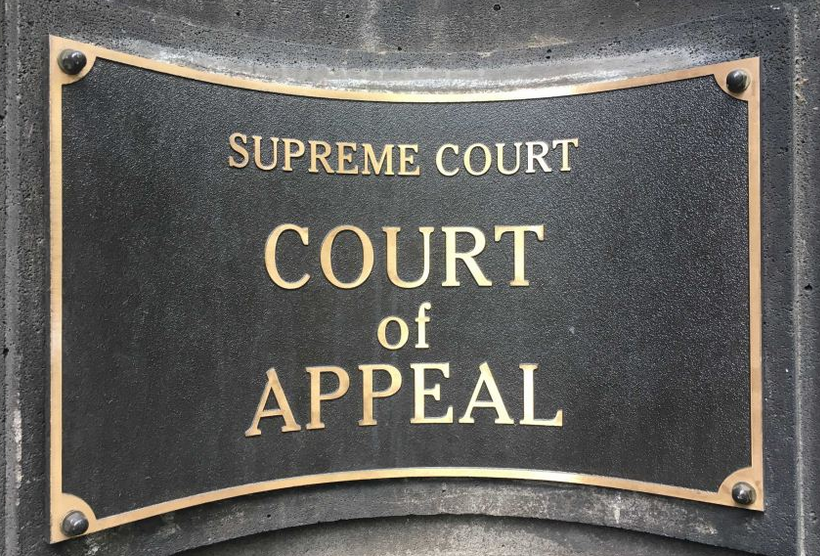 Victoria should join New South Wales in allowing high-profile criminal matters to be heard by a judge alone. Judges, at least, should be above the baying mob.
— The Australian, 8 April 2020

This recommendation from an editorial in The Australian reflected many commentaries on the High Court verdict that freed Cardinal George Pell from prison and overturned his infamous conviction for alleged child sexual abuse. It recognised, rightly, that in high profile cases like this, juries can be swayed by thoughts that are both unreasonable and unjust.

In this case, the editorial reported that a common sentiment heard inside the trial court’s public gallery was: “Even if he didn’t do this he deserves to be punished,” a referral to practices in the Catholic Church to cover up allegations of this kind from the 1950s to the 1980s, long before Pell was in any position in the church to do something about it. In short, some members of the public, that is, potential jurors, think it is OK to make a man a scapegoat for something he didn’t do.

And, as I noted in earlier coverage of this issue in Quadrant, June 2019 (“Why the Second Jury Found George Pell Guilty“), the highly publicised public apology given to victims of child sexual abuse by Scott Morrison and Bill Shorten, recommended to them by the Royal Commission into the subject, was made just sixteen days before the start of Pell’s second trial in Melbourne’s County Court. So the jurors who convicted Pell began their task with the slogan of the apology, ‘I believe you, we believe you, your country believes you’, ringing in their ears. Little wonder they succumbed to this appeal.

But the idea that a trial heard by a judge alone must have avoided this kind of problem at the same time and place is wishful thinking. It depends on who is on the bench. The two judges who made the majority decision in the Victorian Court of Appeal to reject Pell’s application and confirm his conviction are proof of this. Chief Justice Anne Ferguson and President of the Court of Appeal Chris Maxwell are even more responsible than the jury for the continuation of Pell’s persecution.

The judges not only had the time to study the videos and transcripts of evidence in the case at their own pace, but could go back over them as many times as they liked until they were sure of their ground. These were analytical bonuses not allowed to jurors. Yet, as Quadrant was able to show time and again in articles over the past twelve months, the quantity of errors the judges made in both their empirical deductions and logical conclusions were alarming. As The Australian editorial says, “judges, at least, should be above the baying mob”. But when this is not the case, justice in the state of Victoria is in trouble.

Let me demonstrate this point again with one of the central arguments Ferguson and Maxwell relied upon to endorse Pell’s conviction. Historical sexual abuse cases are often difficult to prove one way or another because the evidence amounts to nothing more than “my word against your word”. The prosecution in the Pell trial had an even bigger hurdle to overcome. It was not only pitting the evidence of its sole witness against the contrary evidence of more than twenty witnesses for the defence, it also had to face the fact that the accuser, the choirboy, brought nothing solid to the case to corroborate what he was saying. He had not one witness in his favour, no incriminating objects, no photographs or CCTV, no DNA or other chemical clues, no evidence independent of himself and his “memory”.

The defence had a substantial volume of evidence, some written down at the time and some recalled later, which constituted multiple alibis that not only was Pell not where the choirboy said he was when the alleged abuse took place — that is, in the priests’ sacristy of St Patrick’s Cathedral on either December 15 or 22, 1996— but the choirboy and his friend were not there either.

The Crown prosecution, however, created its own version of what counted as corroboration of its case. This was an argument that went like this: because he said he had never been in the sacristy either before or since the abuse occurred, the choirboy could only have derived his knowledge of its layout and appearance from the occasion of the abuse itself. Therefore, he must have been in the sacristy when he said he was.

The Ferguson-Maxwell judgment echoed the prosecution’s case. In the absence of any independent witness who could verify the choirboy’s claims, “the credibility of his account was considerably enhanced by the accuracy of his description of the Priests’ Sacristy”. They said he was “able to describe in some detail the layout and furnishing of the alcove where he and [the other boy] were discovered by Cardinal Pell”.

In our view, the jury were entitled to view these undisputed facts as independent confirmation of A’s account of having been in the Priests’ Sacristy in that period. There was nothing to suggest that his knowledge of those matters could have been obtained otherwise.

The Victorian Office of Public Prosecutions kept using this argument all the way to the High Court. Director of Public Prosecutions Kerri Judd told that court that the choirboy’s accurate recall of the layout of the priest’s sacristy not only provided “independent support” for his account of the assault but also was “an important aspect of the majority’s assessment of [his] credibility and reliability”.

It was not correct to assess the capacity of A’s evidence to support the verdicts on a view that there was independent support for its acceptance. And it was, with respect, beside the point to find that it was open to the jury to view A’s knowledge of the priests’ sacristy as independent confirmation of him having been inside it.

But there is a stronger case that can be made than this.

In cross-examination during the trial, Pell’s defence counsel, Robert Richter, questioned the cathedral’s sacristan, Maxwell Potter, about renovations done to the priests’ sacristy in 2003 and 2004, after Pell had ceased to be archbishop. The renovation had modernised the sacristy’s kitchen facilities and moved furniture and fittings to different places. Yet Richter pointed out that, during a recorded police walk-through of the cathedral in 2016, the choirboy looked at the renovated sacristy and said it was the same as at the one and only time he was inside it, in 1996. — “He is looking at that,” Richter told the jury, “and he said, ‘That’s unchanged’.” In short, the choirboy’s memory of the sacristy’s appearance must have derived from a visit he made after the renovations of 2003 or 2004, rather than from his alleged experience in 1996.

Moreover, Ferguson and Maxwell endorsed an additional variation on the same theme. In December 1996, when the alleged assault occurred, Pell was not robing or disrobing after Sunday Mass in the sacristy allocated to the archbishop. He was using the priests’ sacristy next door. At the time of the alleged assault, the archbishop’s sacristy of the cathedral was undergoing repairs and restoration. Here then, the two judges say, is confirmation that the boy was truthful. By locating the assault on that fateful day where he did, how could the choirboy have known that Pell would be using not the archbishop’s sacristy to disrobe, which he normally did, but the priests’ sacristy? They argue:

More striking still was the fact that [the choirboy] identified the priests’ sacristy as the setting. At all other times, Cardinal Pell would have robed — and disrobed — in the Archbishop’s Sacristy. Exceptionally, however, that Sacristy was temporarily unavailable at the end of 1996 because its furniture was under repair. As a result, Cardinal Pell was — at the time of the alleged offending — having to use the Priests’ Sacristy to disrobe after Mass. In our view, the jury were entitled to view these “undisputed facts” as independent confirmation of [the choirboy’s] account of having been in the Priests’ Sacristy in that period. There was nothing to suggest that his knowledge of those matters could have been obtained otherwise.

This is a bad error by Ferguson and Maxwell and shows, once again, that they were not paying proper attention to the evidence before them. The archbishop’s sacristy was not “temporarily unavailable at the end of 1996”. Moreover, “at all other times” Pell did not robe and disrobe there. The judges got that completely wrong. The archbishop’s sacristy had not been used by anyone for robing and disrobing for at least four years before December 1996, and until some time later in 1997.

The cathedral’s master of ceremonies, Charles Portelli, gave unchallenged evidence at the trial that neither Pell nor his predecessor, Archbishop Frank Little, had occupied the archbishop’s sacristy. Both used the priests’ sacristy. During the period when St Patrick’s Cathedral was being renovated, the archbishop’s sacristy was converted into the cathedral’s day chapel, and also used for other refurbishing tasks, such as restoring very large paintings. So for Pell to return to the priests’ sacristy after the two Masses in December 1996 was nothing unusual, let alone a critical clue confirming his guilt. Here is Portelli’s evidence on the subject when examined by the prosecution:

Q: Can you tell us firstly when that was? A: All right. For much of the period between ‘92 and ‘96, during the week, if there were noisy works or dirty works going inside, going on inside the cathedral, by dirty I mean raising dust and so on, we would use the archbishop’s sacristy as the day chapel … In that instance, the archbishop could use, as had Archbishop Little before him, could use the priest’s sacristy.

Q: Right, so there were occasions, depending on what the archbishop’s sacristy was being used for —? A: Yes. — where it was off-limits for the archbishop to robe and derobe in? A: It wouldn’t be off-limits. It just impractical to use it.

So, during the various occasions the choirboys went back and forth through the sacristy corridors in early 1997 it would have been common knowledge that the archbishop’s sacristy was not used for robing and disrobing. At every Mass Pell attended at this time, he would have emerged to join the opening procession from the priests’ sacristy rather than the archbishop’s sacristy. The boys in the procession would have seen this many times in 1996 and 1997.

So, the judges’ reliance on this point as “independent confirmation” of the choirboy’s evidence is specious. When added to the demonstration during the walk-through in 2016 that the choirboy could not tell the difference between the renovated sacristy and its unrenovated appearance in 1996, their argument collapses. So the testimony of the choirboy was left standing all alone, with no corroboration.

So, who to prefer to dispense justice: Victoria’s Chief Justice and the President of its Court of Appeal, or the baying mob of the jury? These days, that’s not an easy question to answer.

44 thoughts on “Two Judges and the Baying Mob”

The ‘Broad Church’ and its Schismatics

Free Medicine For All!

Some Harsh Words about Women’s Footy