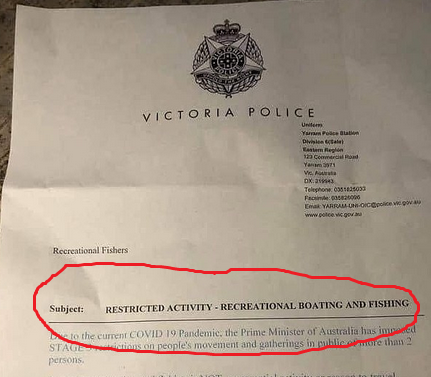 It spreads out invisibly. It spreads along the streets and train tracks, over the counters and tables, the packaging and surfaces. And it spreads above all about what makes us human: closeness to each other. Confidential conversations, joint efforts on the sports field, tender touches – all of this helps the new corona virus on its way through the world . Hands, nose, eyes, mouth: For SARS-COV-2, people are open wounds waiting to be infected. Some people simply cannot afford it.

The quote above is the translated opening paragraph of an editorial in Tagesspiegel (Daily Mirror), the main newspaper of Berlin, but could have been written anywhere in the world, especially in Australia. The message of fear, of an unknown and invisible killer, is designed to condition the citizens to accept unquestioningly the repressive measures prescribed for them by their betters. Measures imposed without justification.

Germany, surprisingly, turns out to be very similar to Australia, despite having more than three times the population and surrounded, not by water, but by other populous nations. It has gone onto the highest alert level under its Infection Protection Act, but more sensibly nuanced than Australia. Schools and daycare centres were closed, distancing of 1.5m was prescribed, and people were required to stay in their apartments and leave only with good reason and in no more than pairs, as for shopping or exercise. They are free to visit parents and old people and attend funerals. There are no fines for disobedience; Chancellor Merkel’s threat of severe punishment for ignoring the rules seems to be enough.

Of the 18 Australians whose demise has been attributed to Covid-19, 17 were over 70 years of age and nine (half) were more than 80. What pre-existing illnesses or diseases did these people carry? What was the real cause of death? We now know that Italy’s statistics have been inflated by counting every hospital death as if solely attributable to the new virus — those died with the disease as well as those who died from it. Are those 18 very senior Australians who died really victims of Covid-19? Would they not have succumbed to this season’s ‘flu?

Thirty people die every day in Australia from influenza, pneumonia or chronic lower respiratory disease – a total of 11,000 in 2018, the latest figures – but never before has a government plunged the country into recession and then mortgaged its future to $320 billion dollars for a ‘flu epidemic. There are eminent medical scientists who believe the over-reaction by bureaucrats and politicians living a long way from the life and death reality faced daily by practising doctors, and anxious not to be castigated for inaction, is unnecessary. Here is a list of twelve whose opinions contradict the popular narrative:

Dr Sucharit Bhakdi, microbiologist and infectious disease epidemiologist, formerly of Mainz University Germany: “All these measures are leading to self-destruction and collective suicide based on nothing but a spook.”

Dr Joel Kettner, Professor of Community Health Sciences and Surgery, Manitoba University, Canada: “I’ve seen pandemics, one every year. It is called influenza, and other respiratory illness viruses. I’ve never seen this reaction, and I’m trying to understand why.”

Dr John Ioannidis, Professor of Medicine, Health Research and Policy and Biomedical Data Science, Stanford University USA: “If we had not known about a new virus out there, the number of ‘influenza-like illness’ would not seem unusual this year. At most, we might have casually note that flu this season seems a bit worse than average.”

Dr Yoram Lass, former Director General of the Israeli Health Ministry: “We all forget the swine flu in 2009. That was a virus that reached the world from Mexico and until today there is no vaccination against it. At the time there was no Facebook. The coronavirus, in contrast, is a virus with public relations. Whoever thinks that governments end viruses is wrong.”

Dr Pietro Vernazza, infectious diseases specialist, St Gallen Hospital, Switzerland: “In Italy, one in ten people diagnosed die, one for every 1,000 infected. Often – similar to the flu season – it affects people who are at the end of their lives … If we close the schools, we will prevent the children from quickly becoming immune … We should better integrate the scientific facts into the political decisions.”

Dr Wolfgang Wodarg, physician specialist in pulmonology, Germany: ”Politicians are being courted by scientists – scientists who want to be important to get money for their institutions. Scientists who just swim along in the mainstream and want their part of it. And what is missing now is a rational way of looking at things.”

Dr Yanis Roussel, speaking for researchers at the Mediterranean University Hospital Infection Insitute, Marseille: “Systematic studies of other coronaviruses have found that the percentage of asymptomatic carriers is equal to or even higher than the percentage of symptomatic patients. The same data for Cov-19 may soon be available, which will further reduce the relative risk associated with this specific pathology.”

Dr David Katz, founding director of the Yale University Prevention Research Centre: “I am deeply concerned that the social, economic and public health consequences of this near-total meltdown of normal life will be long-lasting and calamitous, possibly graver than the direct toll of the virus itself … The unemployment, impoverishment and despair likely to result will be public health scourges of the first order.”

Michael T Osterholm, director of the Centre for Infectious Disease Research and Policy, University of Minnesota, USA: “The best alternative (to a shutdown) will probably entail letting those at low risk for serious disease continue to work, while advising higher-risk individuals to protect themselves through physical distancing. With this battle plan we could gradually build up immunity without destroying the financial structure on which are lives are based.”

Dr Peter Goetzsche, professor of clinical research design and analysis, University of Copenhagen, Denmark: “Our main problem is that no one will ever get in trouble for measures that are too draconian. They will only get in trouble if they do too little. Remember the joke about tigers: ‘Why did you blow the horn?’  ‘To keep tigers away’. ‘But there are no tigers here.’ ‘There, you see!’”

Frank Ulrich Montgomery, radiologisst, former president of the German Medical Association: “I am not a fan of lockdown. Anyone who imposes something like this must also say when and how to pick it up again. You can’t keep schools and daycare centres closed until the end of the year. Because it will take at least that long until we have a vaccine.”

Professor Hendrik Streeck, epidemiologist and clinical trialist, director of the Institute of Virology, Bonn University, Germany: “The new pathogen is not that dangerous. Covid-19 replicates in the upper throat area and is therefore much more infectious because the virus jumps from throat to throat, so to speak. SARS-1 is not so infectious but it replicates in the deep lungs, which makes it more dangerous.”

Of the dozen, Dr Bhakdi has achieved more worldwide notice for his calm, unemotional analysis of the Covid-19 hysteria in a series of YouTube broadcasts. Nevertheless he could not resist describing the lockdown measures  in Germany (milder than Australia’s) as “grotesque, absurd and dangerous”. In his latest broadcast, an open letter to Chancellor Merkel, he makes the point that infection is not disease or illness. “The daily numbers of registered infections is indeed exponential” he explains, “But they cannot serve as a reliable basis for any calculations on the possible burden on medical care. We need the numbers of genuine clinically relevant Covid-19 cases to arrive at any sensible prediction.” He revealed that this month French teams had completed the first comparative study which showed that Covid-19 was not more dangerous than other Corona viruses. Dr Bhakdi wants to know just what Germany is doing to inform its society about the differences between Italy and Germany, to tell the people that they need have no fear that a similar scenario threatens their country. That is a question we need to be asking of Canberra.

Why should Australians be content to be told merely that decisions which bankrupt their businesses, throw hundreds of thousands out of work, shut down all social life, criminalise petty transgressions and incur a vast national debt are “based on the best medical advice?”

What is the basis for projections of patients, hospital beds, ICUs and respirators that promise chaos? Are they extrapolated from the experience of China? Italy? Spain? Are the “best medical advisors” aware that the real death rate from Covid-19 is likely not the gross 18 counted today. Do they care? Or is it more convenient to continue to pretend that the vicious restrictions will “solve” the virus problem in time.

Australians are being taken for a ride by well-meaning but blinkered bureaucratic experts and subservient politicians. How can the curtailment of human rights and freedoms be justified? Where is the Marc Antony we need to remind us that we are not “men of wood” and call for the very stones to rise and mutiny?

The Opioid Theatre Inside My Head