Government by Virus and Executive Diktat 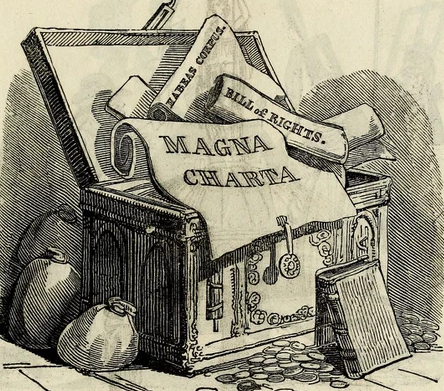 My state, Western Australia, has just recorded its fourth death attributed to the Wuhan virus — another elderly man, like so many other casualties, already inflicted with chronic illness when infected. Surely such an “enormous” death toll justifies dramatic measures to curtail fundamental rights, as well as the Morrison’s government spending $320 billion — 16.4 per cent of the nation’s gross domestic product — to combat the virus’ health and economic effects caused by the same measures imposed by the government itself.

Because these extreme measures are dictated by the executive and have no deadline to expire, we are effectively experiencing government by executive decree. This is something akin to the actions of deeply authoritarian regimes, in particular when such executive measures are not properly scrutinised.

The limitation of powers designed by the drafters of the Constitution is commonly traced to the work of the French philosopher and political theorist, Charles-Louis de Secondat, Baron de La Brède et de Montesquieu. First published in 1748, Montesquieu’s The Spirit of the Laws, received widespread public acclamation. Its first English translation, in 1750, became so popular that those who supported the ratification of the American Constitution, as well as those who argued against it, relied heavily on Montesquieu to justify their positions.

Inspired by the American model, the Australian Constitution establishes a system of checks and balances and of division of powers. This is so, among other things, because Montesquieu reminded the Australian framers that “constant experience shows us that every man invested with power is apt to abuse it, and to carry his authority as far as it will go”. To prevent this, ‘it is necessary from the very nature of things that power should be a check to power”, he wrote.

Montesquieu believed a division of powers is essential to counteract the concentration of power on the executive branch. Central to the idea is a conviction that whenever power becomes too highly concentrated in the hands of a few individuals, the risk of arbitrariness increases as a result of such accumulation of power in a single person or institution. Since political rulers are naturally prone to become more corrupt and self-centred, he correctly reminded us:

Political liberty is to be found only in moderate governments; and even in these it is not always found. It is there only when there is no abuse of power. But constant experience shows us that every man invested with power is apt to abuse it, and to carry his authority as far as it will go. Is it not strange, though true, to say that virtue itself has need of limits?

To prevent this abuse, it is necessary from the very nature of things that power should be a check to power. A government may be so constituted, as no man shall be compelled to do things to which the law does not oblige him, nor forced to abstain from things which the law permits”.
— The Spirit of Laws (1748), Of the Laws Which Establish Political Liberty, with Regard to the Constitution.

Historically, the ideal of legality known as ‘the rule of law’ presupposes the existence of law serving as an effective check on the executive power. The phrase is designed to minimise the executive power, so that our fundamental rights and freedoms may be adequately preserved. By forcing the executive branch to follow proper rules of law, the rule of law operates to reduce the possibility of government being able to excessively coerce, obstruct or otherwise unreasonably interfere with the life, liberty and property of the citizen. The tradition operates in terms of providing legal and institutional instruments to protect citizens against the arbitrary power of the state. As St Thomas Aquinas stated,

…once the government is established, this must be so arranged that opportunity to tyrannize be removed. At the same time, the power of government should be so tempered that it cannot easily fall into political tyranny. —De Regimine Principum Bk I, Ch 2.

If it is a people’s right to provide itself with a political ruler, and if that ruler abuses his executive power, there is no injustice if the community deposes or checks him whom they have raised to the government, nor can it be charged with a breach of faith for abandoning a tyrant, even if the people had previously bound themselves to him in perpetuity; because, by not faithfully conducting himself in government as the executive office demands, he has brought it on himself if his subjects renounce their bargain with him”. — De Regimine Principium, Bk 1, Ch 6

The political principle supported by Aquinas – namely, the supremacy of the legislature over the executive – aims ultimately at the protection of fundamental rights and freedoms. Accordingly, his analysis is a prescription for limited government, providing a rational basis on which to affirm that there must be very clear institutional limits to what governments can rightly do. His insistence that the power of the executive be explicitly limited implies a right of the citizen not to be subjected to authoritarian rule by means of executive decree.

On the other hand, modern discussions of the rule of law often start with the views of Albert Venn Dicey (1835–1922). This celebrated 19th-century English constitutional lawyer argued that the rule of law implies three basic elements, namely: (1) supremacy of the law as opposed to the arbitrary exercise of executive power; (2) equality of all before the law to be administered by ordinary courts; and (3) judicial protection of individual rights and freedoms.  (Introduction to the Study of the Law of the Constitution – Part II, 1885).

A government under the rule of law is therefore one whose political legitimacy resides in the exercise of power according to clear rules of law. As noted by the late German sociologist Max Weber, the context of government under the law implies “that the person who obeys authority does so, as it is usually stated, only in his capacity as a member of the corporate group and what he obeys is only the law”.

The concept of the rule of law therefore stands in frontal opposition to extemporary decisions expressing the arbitrary will of the executive branch of government. It is generally observed that the exercise of executive powers invariably necessitates the existence of clear, stable, general rules to regulate such exercise of powers, which must therefore be approved by elected legislature and receive proper public scrutiny.

Above all, truly democratic governments are bound to exercise power according to the law.

However, the Australian government and the state governments appear to be effectively ruling by executive decree. These extraordinary controls on our freedoms have no constitutional validity because they are certainly not powers intended to be exercised in its present form. Above all, Australians would be wise to pay more consideration to these wise words of Thomas Jefferson, the main drafter of the American Declaration of Independence: “A government big enough to give you everything you want, is strong enough to take everything you have”.

As for myself, I am deeply afraid to conclude that this country is now effectively governed by a less open or more disguised form of elected dictatorship (executive dominance) – consisting of executive rule by decree and with no proper public scrutiny available.

Of course, a democratic-constitutional framework depends not just on the character of public authorities, but also on the willingness of the people to fight for their rights and freedoms. As it has been more properly said, indeed, “the price of liberty is eternal vigilance”.

It is truly disturbing to observe how a considerable number of Australians willingly surrendered their constitutional rights and freedoms in the name of more government security and protection. Such carelessness may eventually prove lethal not only to the long-term preservation of democratic government but also to the preservation of their basic rights to life, liberty and property.

Dr Augusto Zimmermann PhD, LLM, LLB is Professor and Head of Law at Sheridan College in Perth/WA, and Professor of Law (Adjunct) at the University of Notre Dame Australia, Sydney campus. He is President of the Western Australian Legal Theory Association (WALTA), and former Law Reform Commissioner with the Law Reform Commission of Western Australia, from 2012-2017 (appointed by then state Attorney General Christian Porter). Dr Zimmermann was chair and professor of constitutional law at Murdoch University from 2007 to 2017

Quote me! Quote me!