The Case for a Nationwide Lockdown 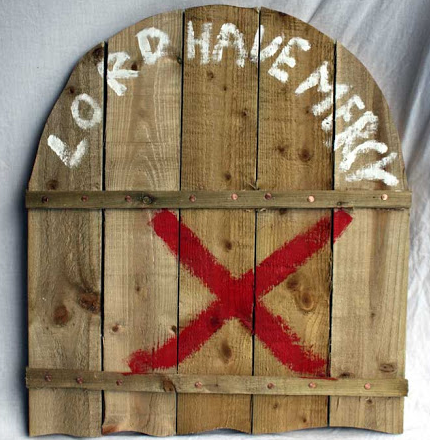 Nine times out of ten, the mayor in Jaws would have been the hero of the story. Standing up against a panicking mob, saving the town from yet another baseless scare. It’s just that, as Boris Johnson has pointed out, in that particular instance, he was wrong.

I can fully understand why people are sceptical about the need for decisive action in relation to COVID19. Every couple of years the media comes up with some new terror they demand we panic about. The Population Bomb. Acid Rain. The Jupiter Effect. Y2K. Global Warming. Zika. Nine times out of ten the fear is completely baseless, or at best, a minor concern exaggerated into a major (and expensive) drama. Except that this time, there really is a shark in the water, a wolf at the door.

Of course it is true that we don’t know how many cases there have been and, consequently, we have conflicting reports about what the mortality rate might be. There could be many people who have had the disease, were never tested, and for whom it was no more than a few days’ inconvenience, as suggested by the latest figures out of Iceland, where mass testing has indicated the virus had a much wider and largely unnoticed spread in the community than “we would have assumed,” in the words of the chief tester. The obverse could be that many people have died from COVID19 who are not among the counted cases, either because test kits were not available, or because COVID19 was not considered and their deaths ascribed to other causes.

What we do know is that of tested and diagnosed cases which have run their course, more than 15 people out of 100 have died. Many of those who survived but required ventilation will suffer permanent lung damage, in some cases severe and permanently debilitating.

So what do we do?

Personally, I have been in favour of a complete lockdown (except for genuinely essential services), regarding the threat as something we cannot muck around with. The longer we wait, the more people will be infected, the more medical services will be overwhelmed, the more people will die. But we will not convince anyone by asserting that politicians responsible for making decisions, and who have not yet reached the same conclusion, are dithering or, even worse, lack integrity.

Many doctors, including specialist epidemiologists, are calling for a complete lockdown. At the same time, there are many equally or even more impressively credentialled people, like those quoted in this article, who claim the whole fuss is completely out of proportion, that even current actions are causing more harm than good. Shutdowns are causing harm, as other Quadrant Online contributors have noted. There is a reason we should be hesitant to introduce severe lockdown measures. The economic and social costs are enormous. There has been a huge amount of government spending to support various groups, but those most negatively affected, are small business owners, and so far there has been inadequate support or assistance for them.

Small businesses are the base of the economy. They are the ones who provide the majority of day-to-day services in local communities. Overall, they are Australia’s biggest employers. So far there has been support for bigger companies, and for people on benefits. Few people would object to that, although it is hard to see why the income of one group of people should be doubled because the price of a cabbage has gone up by a dollar, while others receive no support whatever.

Small family businesses still have to pay rent, they still have to pay insurance and utility bills while they have no money coming in, and no money to buy essentials for their own families. Many people have invested life savings, mortgaged their homes, to set up businesses which enable them to make a living for their families, pay taxes, and provide services to their local communities. For most, their business is their superannuation.

If there is a complete lockdown, there will be bankruptcies, and there will be suicides. Both of these echo destructively through families and communities. Politicians are right to be concerned and to want to ensure that actions are genuinely justified, and that the cost of those actions is outweighed by the need to put strict protective measures in place.

Politicians and the public are not going to convinced by insults, or by anyone asserting “I am an expert, just do what I say.” We have had enough of experts. What the public need, and what politicians need, is a clear, detailed and convincing case that shows a shutdown is necessary, that it works, is working elsewhere, and that the immense costs have been fully considered.

Just two days ago Australia’s Deputy Chief Medical Officer talked about the advice his department was giving to government, saying that present measures were adequate to contain the spread of the virus. The fatal flaw with this is that it still relies mainly on voluntary compliance. As we have seen, too many people will not comply.

If we need a lockdown– as I said, my personal view is that we do — medical specialists have to give the government consistent, coherent evidence-based reasons why. So far, that explanation has been lacking.