Eradication or Just Delaying the Inevitable? 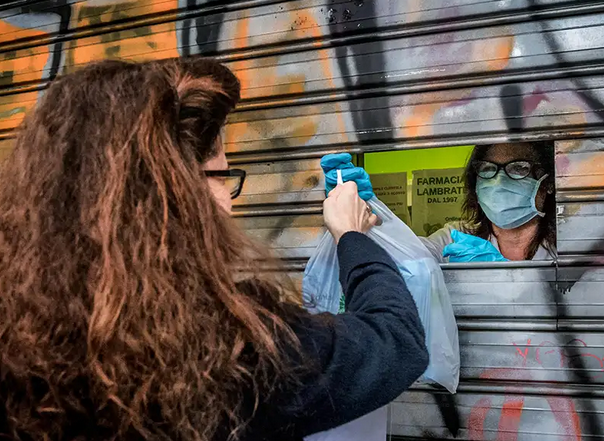 I go stir crazy. I not complain, you understand. My super has declined precipitately, but I’ve not lost nearly as much as I would have done if I hadn’t had two marriage breakdowns, if you get my meaning. And other good news: public servants and ABC employees are sitting pretty. Got to be pleased for them. Pity about those thrown out of work overnight. But at least they know we are all in it together.

I think Scott Morrison gets it. Trump definitely gets it. But they are in a bind. The press are virulent morons. Mostly they have secure employment, for the time being at least, and therefore no lockdown of a country is too stringent for them. Any leader brave enough to not at least go as far as other leaders in throwing people out of work is obviously a bounder, intent on killing people.

A new strategy is abroad. I have no idea whether it stems from medical advice; or from governments goaded by the press to continually best each other in upping the ante. If it is based on medical advice, it would be nice to know what is the end game.

When I recently wrote about the Imperial College epidemiological report, I explained that the recommended strategy was to supress transmissions by population-wide social distancing. This was the hard-line strategy. I disagreed with it because it needed to be maintained for an extended period, of maybe over eighteen months until a vaccine is available, by which time economies would be history. But that is by the way. Governments have since gone much further than the extent of social distancing advocated in that report.

I don’t know, but some commentators seem to believe that the new strategy is to crush the virus out of existence by denying it the possibility of jumping from one host to another. Hence the need for lockdowns and people quarantined in their homes. No frivolous travel or barbeques with family members or other irresponsible comingling. Fine, but is this really the strategy and is there medical backing for it?

Why should we be told? Well, if the strategy works far fewer healthy people will catch the virus. Thus far fewer people will build immunity. And, unless the virus can be, and is, absolutely eradicated, the conditions will be ripe for its re-emergence. Do epidemiologists think it can be so eradicated?

On the other hand, is the strategy one of locking things down in order to buy a short amount of time (“short” being the operative word) to allow a build-up of health resources, beds and equipment? Which one is it?

If the strategy is to allow time to build health resources, we should be told how long this will take. Economies are tanking and millions of people are being thrown out of work; but the damage will be far less if we, the people, including businesses, know that it will last for say three or four weeks. After which time, things would be opened up and an alternative strategy pursued of protecting the vulnerable.

And another thing. Apropos the Imperial College report, it is important to keep in mind that critical-care requirements will not peak until some three weeks after any effective suppression strategy is put in place. In the meantime, of course, a ramp-up of widespread testing will reveal many more cases; and critical-care cases (and deaths) will go on rising. Understanding that there are lags might prevent the media from overreacting (fat chance) and governments from panicking.

Echoes of Another Ukraine Massacre

The Conversation That Isn’t