The Unsung Sacrifices of the RAN’s Neglected Heroes 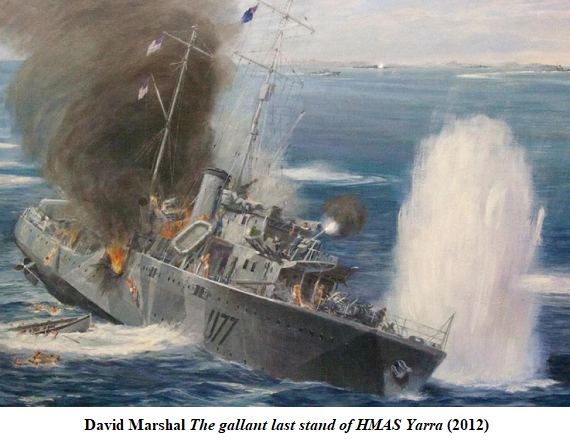 After 78 years of injustice, finally last December naval 18-year-old sailor Teddy Sheean received a Victoria Cross. Strange then that two war heroes who fought just as bravely still have nothing their sacrifices. Although retrospective VCs might not be in order for Robert Rankin and Ron Taylor, surely the government should look at Stars of Gallantry for these neglected men.

Imagine if today every approval for an Australian gallantry award had to be ticked off by someone in London. What’s more, unlike Royal Navy commanders, Australian warship captains were not allowed to recommend the nature of the award. That was what our Navy had to endure in World War II.  The other two forces had their awards approved in Australia. Navies take a long time to grow, and ours had been “parented” by the RN. When war arrived, there was no time for revision of the awards system. Fighting for its life against Germany and Italy, and later Japan, Britain was understandably under extreme pressure.

Perhaps due to maladministration under pressure, there are at least five WWII naval personnel, and likely several more, who could have received a VC.  Some received what was called a “Mention in Despatches” (MID), not a medal, rather a badge, albeit a prestigious one. Many thousands of Australians were awarded MIDs before it was phased out in 1975.

But some of the bravest Navy personnel received no recognition whatsoever.

Ship’s cook Francis Emms, for example, fought at his machinegun against Japanese aircraft until 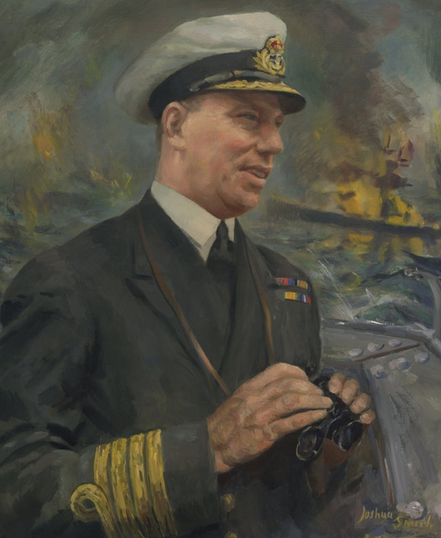 wounded, later dying aboard HMAS Kara Kara in Darwin Harbour on February 19, 1942. He received a Mention.

Weeks later, Captain Hec Waller (left) commanded HMAS Perth in battle until it was sunk, losing his life in the process. Fighting alongside the Australian cruiser was USS Houston, also sunk. Her captain, Albert H. Rooks, received the very highest American award, the Congressional Medal of Honor. (Why do the Americans reward their people so much more readily?) In fact, no-one noticed Waller had not been recommended for anything at all, except when – ironically – someone from the Royal Navy in Britain post-war noticed the anomaly. The paperwork was hurriedly filled in, but only for Waller to receive the MID.

And at the end of 1942 – surely a terrible year for the Navy – Teddy Sheean manned his 20mm anti-aircraft gun even as the corvette Armidale sank beneath him, having disobeyed the order to abandon ship in an effort to save his shipmates’ lives. At least these three were given MIDs, with Sheean’s now removed and replaced by the VC. Others 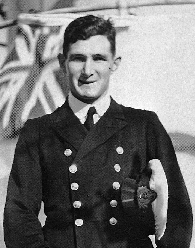 On March 4, 1942, Lieutenant Commander Robert Rankin, captain of HMAS Yarra, the sole escort of a small convoy, turned and charged the enemy in the shape of an overwhelming number of Japanese warships. Fighting in waters north of Australia, this man was a naval surveyor from Sydney who had been ordered to command a warship. Yarra was a sloop, smaller than a destroyer, and Rankin (right) took her into combat against a combined force of Japanese cruisers and destroyers. He was outgunned, out-ranged, and out-numbered, yet he faced and fought his enemies in the vain hope that he could buy enough time for his convoy of three vessels time to get away. 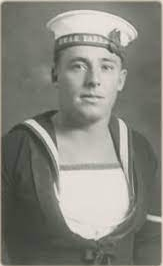 The fight was a hopeless one. Yarra made smoke to confuse the enemy’s sightings, and repeatedly fired her guns. The Japanese found the range quickly though, and the Australian vessel was mortally hit. When a salvo hit the bridge, Rankin died at his post, but his ship’s company fought to the end as the enemy closed the range and poured in mercilessly fire.

As the ship sank beneath them, young Leading Seaman Ron “Buck” Taylor (left), from Carlton in Victoria, stayed at his gun to defend his shipmates despite the order of abandon ship. A total of 138 men went down with Yarra, with the convoy vessels all sunk as well. There were few survivors to be either rescued or taken prisoner.

Rankin, Taylor, and the rest of the ship’s company have received no recognition at all, as once again the paperwork was not done.

The RAN in 1942 was in chaos. Administration was not completed, the force was undermanned and terribly over-committed. If paperwork for the Yarra people ever started, it was never finished. Hardly easy to follow up, too, given the thousands of kilometres of separation between Australia and Britain, especially with communications not what they are today. Indeed, one of the best known and most senior naval officers of the war, John Collins, who commanded HMAS Sydney in a cruiser action in the Mediterranean, found when he inspected his own paperwork it was a mess: “These files are far from complete. I hope that other officers’ files are not in the same state,” he wrote acidly. If one of the most senior Navy people noted that of his own records, what hope was there for lesser mortals?

An inquiry of some years ago was not charged with examining the moral situation of the times, merely whether procedures were correctly followed. As a result, Yarra’s people still did not receive anything, although strangely, a commendation for the ship itself was recommended. But there is an award, the Star of Gallantry, which “recognises acts of outstanding heroism in action in circumstances of great peril” which could be given to these two. It is the nation’s highest decoration for combat bravery after the Victoria Cross.

The system the Navy endured in World War II is one of the most unfair ever perpetrated on Australian military personnel. It is well past time it was remedied. Sheean is the best known of the unrecognised members – the award of a VC to him has at least symbolized the righting of the wrong. The award of Stars of Gallantry to Rankin and Taylor would help further repair this damage to our Navy.

Dr Tom Lewis OAM is a former naval officer and the author of 16 military history books. His work Teddy Sheean VC, from Big Sky Publishing, is an examination of the Sheean case. He has also just released Eagles over Darwin, a study of how the United States Army Air Forces provided the fighter defence of northern Australia in WWII, and Medieval Military Combat, an analysis of battlefield tactics in the Wars of the Roses