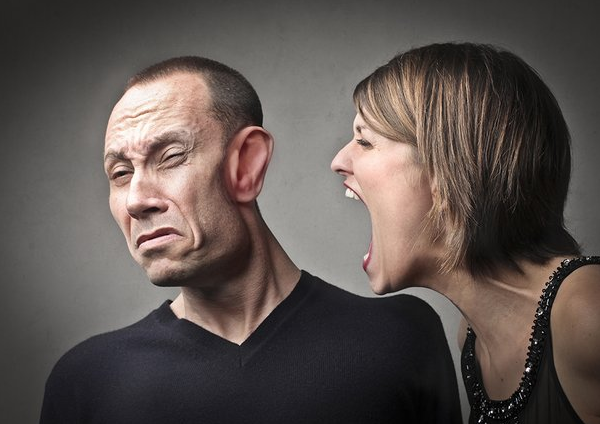 Bettina Arndt started out as one of Australia’s first sex therapists before becoming a respected social commentator on gender issues. Alarmed by the increasing demonisation of men in our society, she is now devoting her time to seeking gender equity through advocacy for men. As a consequence, Bettina has just been appointed a Member of the Order of Australia (AM) “for significant service to the community as a social commentator and to gender equity through advocacy for men”. Victoria’s Attorney-General Jill Hennessy is unhappy about that. She thinks that Ms Arndt’s honour should be cancelled.[1] Ms Hennessy, a former state minister for women, has written to Governor-General David Hurley saying she was alarmed at the appointment. She pointed to the issue of family violence as one of the causes as to why she thinks the decision should be overturned.

The Victorian Labor Government has invested an unprecedented $2.6 billion ‘to prevent family violence and keep women safe’. [2]  No mention is made of protecting men against domestic violence.  And yet, data keeps mounting which indicate that domestic violence is perpetrated by both men and women. Attorney-General Hennessy explicitly stated: ‘We’re determined to break the cycle of family violence in the community. That means making sure women experiencing family violence are supported.’[3]  Ms Hennessy has also stated: ‘We all have a role to play in this and that’s why I’m asking all Victorians to come together and say that violence against women won’t be tolerated’.[4]

Note that she expresses no concern for men also being the victims of domestic violence. Her one-sided statement implicitly suggests that men are the sole culprits in every instance of domestic violence. Why is the Victorian Attorney-General deliberately glossing over the harsh realities of domestic violence while promoting a divisive approach to a problem that is not caused by misogyny or “patriarchy”? In doing so she dangerously obscures real and urgent problems such as lesbian battering and female-on-male sexual violence.[5]

Take the example of John,  whose experience in the UK was reported around the world. His wife forced him for many years to sleep on the floor and constantly assaulted him with hammers, knives, scalding water and psychological torture, included false reports that a close relative had died. He says police officers automatically assumed he was the one at fault and that, as a consequence, his ex-wife felt herself entirely above the law. Such male victims of domestic violence are unusual but not rare. Although it has been officially reported that at least one-third of the victims of domestic violence are men, we know also for sure that violence against men is a seriously under-reported crime. How many more men are suffering in silence?  According to Dr Elizabeth Bates, a senior lecturer in applied psychology at the University of Cumbria, ‘the reality is that men don’t seek help as much. That’s partly because society strongly condemns violence against women but has few sanctions for women’s aggression towards men’.[6]

There is even the cruel assumption that the male victim must necessarily be the perpetrator. To test the availability of such support services to male victims in Australia, a Melbourne-based psychiatrist rang the Victorian Men’s Referral Service. This is how he reported his experience:

I rang them on two occasions in relation to male victims. Both times I was told that if I had dug deeper I would have discovered that the men were the perpetrators.

This shows that these service providers are embracing the anti-male agenda of radical feminists.

You may have heard of Rob Tiller, a highly respected Perth-based family counsellor who was forced to resign from Relationships Australia WA (RAWA). This was so after he posted on his private Facebook page an excellent article Ms Arndt wrote a few years ago for The Weekend Australian.[7] The article summarised the latest official statistics and research on domestic violence, providing compelling evidence that most domestic violence is two-way, involving women as well as men.[8] This was regarded as a breach of policy, because, on its own website, RAWA explicitly says its domestic violence policy ‘is historically framed by a feminist analysis of gendered power relations’ which, contrary to the international evidence, denies women’s role in domestic violence.

In truth, women can be as violent as men and the fact that both sexes may commit violent acts in the home in roughly equal numbers has been clearly established in so many studies that it requires no reiteration. For those who still believe that women can never be the sole perpetrators of domestic violence, we have been told of a woman from Central Victoria found guilty in November 2018 of killing her husband by dousing him in paint thinner and setting him alight at their home and in front of their children. Victorian Supreme Court Justice Lesley Taylor said the woman ‘showed no remorse for what was a barbarous and horrific act’. She described her actions as an ‘ultimate act of family violence’.[9]

However, the Victorian Labor government of Ms Hennessy has just spent at least $2.6 billion of our taxpayers’ money in a sexist campaign against domestic violence. This campaign is based on a feminist premise that domestic violence is gender-based, and solely caused by Australian men behaving badly toward their wives and children. But how about helping men and boys deal with violent women as well? One might have thought that such an Attorney-General was interested in combating all forms of domestic violence regardless of gender or ethnicity.

One of the consequences of all this government animosity towards male victims of domestic violence is that there are countless men who have experienced domestic violence and don’t even tell anyone or report it.[10] These abused men will stay silent for fear they may be disbelieved or ridiculed, or simply out of a crippling sense of shame.[11] If male victims overcome these psychological barriers, they will have to face external institutional barriers to seek help from social services and the criminal justice system. (For a more comprehensive analysis, see: Murray A. Straus, “Thirty Years of Denying the Evidence on Gender Symmetry in Partner Violence: Implications for Prevention and Treatment” (2010) 1 Partner Abuse 332.)

One must speak out loud and clear about domestic violence against anyone, either male or female. This is why recognising that men are also victims of domestic violence is so important. Therefore, I would like to congratulate Ms Arndt on a well-deserved award. I hope she will be able to continue her fundamental work as too many people are too afraid to take on the feminists the way she does.

Wre can only wish this country had more brave and courageous people like Ms Arndt to fight against the sexist biases of governments such as Victoria’s, and to champion the cause of justice and equality for all, regardless of gender or ideological considerations.

[6] Tanith Carey, ‘Hidden Shame of the Men Abused by the Women They Love’, Daily Mail, 30 January 2020, at https://www.dailymail.co.uk/femail/article-7943987/Hidden-shame-men-abused-women-love.html

[7] John Flint, ‘WA counsellor says he was forced to resign for domestic violence view’, PerthNow, May 21, 2018, at https://www.perthnow.com.au/news/perth/wa-counsellor-says-he-was-forced-to-resign-for-domestic-violence-view-ng-b88838505z

[8] Bettina Arndt, ‘Domestic Violence: Data Shows Women are Not the Only Victims’, The Weekend Australian, August 20, 2016, at https://www.theaustralian.com.au/news/inquirer/domestic-violence-data-shows-women-are-not-the-only-victims/news-story/2749c4517a57c33aca8bc2da9a40e2f9

[9] Beth Gibson and Natalie Kerr, ‘Woman Gets 34 Years in Jail for Setting Partner on Fire’, ABC Central Victoria,July 12, 2019, at https://www.abc.net.au/news/2019-07-12/kate-stone-sentenced-for-darren-reid-murder-in-bendigo/11301216  The reports says: ‘Kate Stone, 41, was found guilty last November of dousing 45-year-old Darren Reid in paint thinner and setting him alight at their home in the Bendigo suburb of Long Gully on December 18, 2016. He suffered burns to 95 per cent of his body and was flown to the Alfred Hospital in Melbourne, but died on the following day… In sentencing Stone, Justice Taylor said she took into account the vicious manner of the murder, the fact that it was done with children present’.

8 thoughts on “When Men are Victims of Domestic Violence”