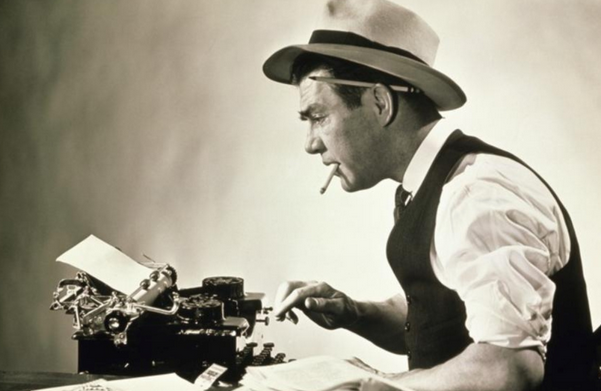 Oh, the infamy!  The impertinence!  The indignity! The high and mighty journalistic profession is demeaned and outraged by the thought that their beloved principle of the ‘right to know’ should ever be challenged. Or so thought the 38 members of the inky trade who collectively signed a smug and pompous letter to the whole National Parliament alleging that our free and open society is under threat.

Duplicitously, they appropriated the slogan “Journalism is Not a Crime” from Amnesty International and other bodies which have gone to the barricades over denial of press freedom in totalitarian regimes around the world. Can we compare these brave petitioners with real fighters for free journalism like these:

Compared to those irritations, we are told that the threat to press freedom in Australia is grave. How? As the result of a couple of politely exercised search warrants! Ah! But the targets were not the journalists but the whistleblowers, without whose smuggled information so many Walkeley Awards will be out of reach.

The campaigning 38 assert that “a healthy democracy cannot function without its media being free to bring to light uncomfortable truths”, thus speciously equating their lid-blowing efforts to truth-telling, and, by implication, keeping the nation sound and sane.

In truth, all this confected outrage has nothing to do with press freedom; it is part of a political campaign to subvert the laws of the Parliament. It seeks legislation to make whistleblowing and journalism pre-eminent over democratic administration and national security.

A moment’s reflection would reveal the absurdity of that proposition. Employees of the Commonwealth are bound by the provisions of the Public Service Regulations, where Reg. 2.1.(3) provides that “employees must not disclose information obtained or generated in connection with their employment, if it is reasonably foreseeable that the disclosure could be prejudicial to the effective working of government.”

That stricture is tightened criminally by Sections 70 and 79 of the Crimes Act 1914, which to an extent, overlap. S.70 applies criminal sanctions to the breach of broad secrecy obligations by public officials. It creates an offence of publishing or communicating to unauthorised persons any fact or document in his or her possession. S.79, as well as prohibiting the communication of a sketch, plan, photograph, model, cipher, note, document or article to an unauthorised person, also provides a penalty of two years imprisonment for a person who receives any such material, knowing or having reasonable ground to believe that it is communicated to an unauthorised person. There is no public interest defence and no exemption for journalists in either section.

It has always been illegal for public servants to share government information with reporters, but in recent years lazy journalists have come to rely on leaks from sources whose motives for sharing material that is not theirs may go carelessly unquestioned and be not entirely pure. The point is, the risk has always been there, for the source and the reporter. The warning made clear as long ago as 1991 by the committee reviewing Commonwealth criminal law and chaired by Sir Harry Gibbs:

So all the contorted anguish about these threats to media freedom leaves me cold. Two weeks ago, when Ultimo’s biggest and easiest scoop walked in the front door with a search warrant, the ABC’s propaganda machine went into overdrive. Chair Ita Buttrose described the visit as “designed to intimidate”, declaring that she would fight “any attempts to muzzle” the national broadcaster.  She didn’t say who was to be intimidated, and since the visit was to obtain evidence of an already admitted breach of s.79 by a whistleblower, she will not have any anti-muzzling fight to prosecute.

The bevy of photographers and cinematographers (six in all) lying in wait alerted me straight away to the fact this was not a “raid” but an appointment. Correct, as it turned out. It was the agreed outcome of a disputed negotiation going back to March, but the ABC milked the story for all it was worth. Three months earlier, a former Defence lawyer, David McBride had been charged with five counts of leaking classified information. These related to reports broadcast by the ABC in 2017 as “The Afghan Files” and containing allegations that Australian troops were under investigation for war crimes in Afghanistan. The AFP was simply looking for the documents he had supplied to the ABC and any communications that would incriminate him.

With reporter John Lyons dramatically broadcasting live on Twitter as the AFP officers prowled through computer files, and Director of News Gaven Morris giving a doorstep interview outside to say that he couldn’t say anything, the excitement escalated until large chunks of staff were amassed in the foyer to display their quickly printed cards: “Journalism is not a Crime.” It was like a street march without risk of bad weather. Then Andrew Wilkie, not to be outdone tweeted: “This is how you become a police state.”

Since then, every journalistic Tom Dick and Jill has been energised to equate the AFP to a Stasi/NKVD force, determined to crush all free expression. The ABC ran up the flag on the motherhood statements: “the public right to know”; “freedom of the press”; “public interest”.

But where’s the risk to journalists? Reportedly, it took twelve months from receiving McBride’s information to the publication of the “Afghan Files”, with considerable involvement of the ABC’s lawyers. They must have considered the implications of S.79 of the Crimes Act for reporters receiving and publishing stolen information but decided the risk was not significant.

Indeed, the precedent in the case of Customs officer Allan Kessing would have given them comfort. He was convicted in 2007 and given a nine-month suspended sentence for leaking information about Sydney Airport security. His appeal failed. The two journalists of The Australian newspaper named in the case, Martin Chulov and Jonathan Porter, were never called as witnesses or pursued for their receipt of the information and its publication.

Amidst all the strident noise about the importance of whistleblowing to public interest journalism, what do I hear about ethics?  Absolutely nothing.

Journalist Peter Greste, who despite his own chilling experience of political persecution when caught in the crossfire of Middle East politics, did not mention ethical considerations in his high-minded comment on the AFP’s activities:

Democracy is government by the people. Politicians act on behalf of those who employ them: that is us (sic) Australian voters and taxpayers. As their employers, we have both a right and responsibility to know what is being done in our names. The means by which that is done is through good journalism.

Greste, awarded the Human Rights Medal in 2015 for his advocacy of the freedom of the press,  now occupies the UNESCO Chair in Journalism and Communications in the University of Queensland. He trains and inspires young entrants into the new journalism, but what do they learn about moral integrity?

It is interesting to reflect that these demands for recognition of the ‘rights’ of whistleblowers to leak information to journalists are comparatively new.

What happened with the Afghan Files could never have occurred in the ABC news service that W.S. Hamilton founded and that I knew.  He had strong principled views on authoritative reporting but an equally firm conviction that reports did not betray defence and security matters. He would never have countenanced stories purporting to recount alleged atrocities by soldiers based on documentation from a barrow-pushing individual.

This is the age of suspicion and it has infected journalism. Conspiracy theories, ‘gotcha’ questioning and rumour-as-fact reporting are all deemed valid. The competition for newspaper bylines and, more particularly, for television celebrity status and journalism awards has led to the surrender of moral integrity when the temptation of stolen material is dangled.

The ABC demonstrated  its inability to resist this temptation when it was brought a forgotten filing cabinet of government documents. It made a programme from some of them; we don’t know why they chose to stop there and hand the rest back. Perhaps they were threatened with S.79 (6).

On the other side of the divide, more individuals feel compelled to expose what they believe are injustices, incompetences or illegalities. Their own motivations may not be entirely pure, but their potential for damage is great. Journalists do not stop to consider the national interest – indeed they elevate the ‘public’s right to know’ as the higher good. In practical terms, it is difficult to see that the protections and rights sought for journalists and especially whistleblowers could be compatible with the raft of provisions prohibiting unauthorised disclosure. What government will legitimise the stealing and passing of documents or information to journalists?

Of course I don’t deny that journalists shouldn’t be cock-a-hoop when some piece of unexpected information falls off the back of a truck. Forty-five years ago, as the ABC’s Finance and Economics correspondent I received anonymously BHP’s six-monthly production report. When I ran the story on the 7pm national news that night, the company was apoplectic. The next day it was humiliated by receiving the first query from the Stock Exchange in its history over the premature disclosure, and demanded the ABC explain. Fortunately the Controller of News sent BHP packing and never asked me for my source.

The ABC’s John Lyons, responsible for the Investigations unit, says: “The message from the AFP in my view, to all of these people, is to watch out because we’ll be able to find out who you are, and we’ll come after you.”

Undoubtedly the AFP actions will send a warning message to would-be whistleblowers, but in reality nothing has changed. The risks to leakers and reporters have always been there, as has been the power to search for documentary proof of breaches of the Crimes Act, and access metadata to help them. If journalists haven’t been aware of that, they have been living, like the ABC, in an ivory tower.

Typically, the self-interested claims of the media run ahead of public opinion. I have read hundreds, thousands, of comments on many of the newspaper articles on the AFP “raids”. Overwhelmingly, ordinary citizens exhibit little sympathy for the journalists’ stance. They cannot see how their parliament could give superior protection to individuals who seek, for claimed public interest reasons, to hand documents to reporters. Neither can I. And the media cannot be allowed to arrogate to itself the role of the ultimate guardian of society.

The Latin phrase attributed to Juvenal: quis custodiet ipsos custodies is today roughly translated as ‘who watches the watchman?’ and often applied to surveillance of government. But its original allusion was to marital fidelity and the watch on the moral rectitude of woman. Perhaps we should be questioning the media’s morality, and revert to that interpretation as more appropriate.

10 thoughts on “A Little Less Preciousness”

The GOP’s Outside Chancers