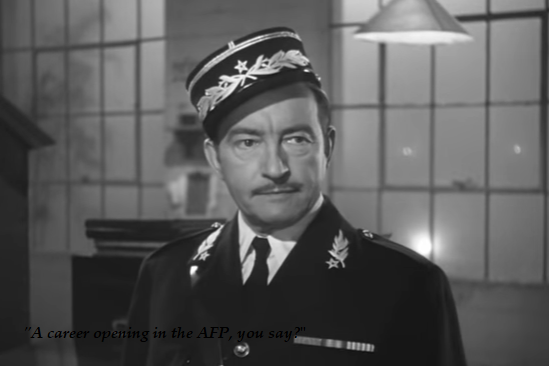 I have been astonished at the reaction of the Twitter mob to the latest development in the Bruce Pascoe Affair.  Astonished but not surprised, if you can appreciate the subtlety of this apparent paradox.  I am astonished that so many people, many not obviously cretins (pathologically at least), can so readily and deliberately misinterpret the clear-cut issues underlying the referral of Bruce Pascoe’s aboriginality to the AFP. But I am not surprised because they have form in this respect on many other issues, from climate change to free speech and every other issue on which remaining in good standing with the mob trumps reasoned argument, facts and truth.

I have pored through the Twitter record to see if there is any support for Josephine Cashman’s  (not Peter Dutton’s) initiative and could find just one instance – Mark Latham.

Here’s a sample of the other side.

Nova Peris:
A sad indictment on the government whilst this country is incinerating. Layers & layers of colonial, genocidal attacks continue upon Aboriginal Peoples. FYI @PeterDutton_MP Unk Bruce Pascoe has No Power, No phone as he is fighting fires saving lives & houses in #Mallacoota

Mike Carlton:
I don’t read The Australian.  But I gather from Twitter that the odious Dutton has sooled the AFP onto Bruce Pascoe to determine if he has indigenous heritage. Staggering.  It has the acrid stench of the Third Reich’s 1935 Nuremberg Laws

Father Tilty McJesus of Gosford (with acknowledgement to Tim Bair):
To be fair Mr #Dutton may have just been too busy looking for a way to put Bruce Pascoe in jail for writing a book he didn’t like.

All this takes me back to the days of Joh Bjelke-Petersen and his reference to ‘feeding the chooks’.  Except that these people aren’t chooks — they’re seagulls, screaming and shrieking over whatever rancid morsel the events of the day tosses their way.  But unlike seagulls, they have no self-control and only the most shallow concept of right and wrong, true and false. Toss a piece of lettuce at a seagull and it will investigate briefly, conclude it has no substance, then show no further interest. The twittering seagulls of the pile-on Left aren’t anywhere near so smart. Questions are raised about Bruce Pascoe, one of their own, and they rise in a flock to shriek in his defence.

Were you to believe this baying mob, the jackbooted Dutton has targeted Pascoe as a test case in a reprise of Nazi population control methodology. There is very little mention on Twitter of Josephine Cashman, the actual instigator of this legal action.  It was she who asked Dutton to refer the matter, and it was she, a bona fide Aborigine of undoubted and unquestioned heritage, who suggested the establishment of the ‘register’ of Aboriginal people that so outrages and ‘alarms’ the Twitterati.

Indigenous Affairs Minister Ken Wyatt has stated that a register is not part of the ‘Voice’ consideration.  However, for many Aboriginal activists, including Professor Marcia Langton (who has expressed her support for Pascoe), the Voice is just the first step towards treaty and eventual sovereignty.  If Aboriginal people gain that sovereignty, such a register will be unavoidable.  Aboriginal sovereignty means that an Aboriginal governing body will make laws that apply only to Aboriginal people.  The only way to identify which people are governed by Aboriginal law and which are not, will be by means of some form of register.

However, in the meantime, I think Carlton, Green et al will be disappointed by their new cause du jour.  Call me a cynic, but there is no way I can believe the AFP will proceed with this action, not given its recent history and what some might conclude is a keen appreciation of political policing. Readers might recall how, when a gay activist attempted to blow up the Australian Christian Lobby HQ in Canberra, the AFP refused to reveal any details whatsoever of the crime or its perpetrator, not even informing the ACL of who it was who attempted to blow them up and why.

To establish if a crime has been committed in Pascoe’s presentation of himself as an Aborigine, they would need to prove that Pascoe is not Aboriginal and, further, that he knew he was not.  As far as I am aware, there is no legal definition of Aboriginality in any of our statute books, which poses an almost insurmounytable problem from the get-go.  The generally accepted criteria are that a person must identify as Aboriginal, be accepted by an Aboriginal community and have Aboriginal ancestry.  Pascoe meets the first two and it would be very difficult to prove that he knew he was not Aboriginal. Even if DNA testing proved he wasn’t Aboriginal, he could claim he had a good faith belief that he was.

It’s hard to imagine that a policing ethos which saw a softly-softly approach to the ACL bombing and, before that, refused to prosecute anyone for the 2013 Australia Day riot, which threatened the physical well-being of both the then prime minister and opposition leader, is likely to pursue a darling of the Left and the Aboriginal establishment. This is suspicion on my part is  further bolstered by the Indigenous Affairs Minister stating that he accepts that Pascoe is Aboriginal.

It would be nice to be surprised, but my money is on the proposition that the AFP will almost certainly decide this is a matter for the Aboriginal community to resolve. In other words, chalk one up for the seagulls.

Stamping Out The Postie