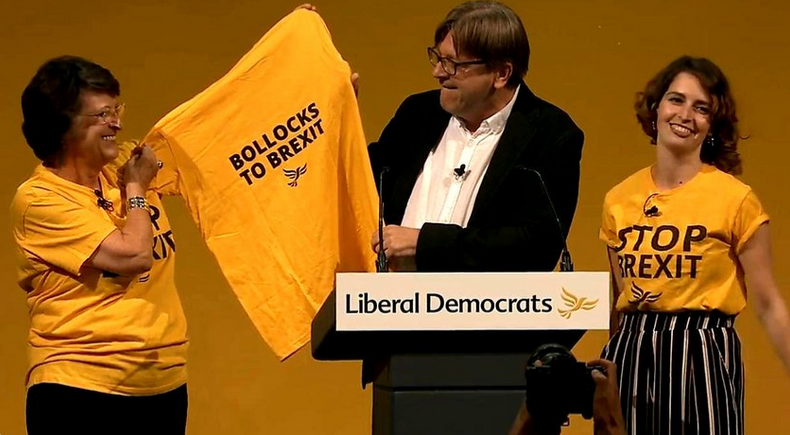 The continuance of any nation depends on whether its people are loyal and, if necessary, sufficiently motivated to fight for it. In Australia, after British settlement and before Federation, most settlers felt a primary loyalty to Britain, on whose protection they relied for their security, with a secondary loyalty to each settler’s particular colony.

Following the formation of the Commonwealth of Australia, loyalty generally moved from the former colonies, now states, to the new nation of Australia. Initially, there was no decline in loyalty to Britain, as Australia’s involvement in the First World War demonstrated.  The Prime Minister in 1914, Andrew Fisher, told a cheering crowd that Australia would stand with Britain and “defend her to our last man and our last shilling.” Both trade and security considerations were in accord with this loyalty.  Australia’s trade was overwhelming with Britain, and until the early years of the twentieth century a Royal Navy squadron was based in Sydney Harbour, with its Admiral residing in Admiralty House, today the Sydney residence of the Governor General.  The Royal Navy gave Australians of the day a feeling of comfortable security.

Australia continued to remain loyal to Britain even as the Empire evolved into the Commonwealth, in part because, unlike the Americans post the Revolutionary War, many if not most still considered themselves British, with Australian passports incorporating the words ‘British Passport’ until 1967.  Concessional import tariffs for British goods known as Imperial Preference were not finally eliminated until 1980, well after Britain’s accession to the European Economic Community. Today most Australians no longer regard themselves as British, a process accelerated by the waves of non-British immigrants who have no emotional attachment to a country those who welcomed them once called ‘Home’. Britain is no longer significant to Australia in terms of either trade or defence, and most Australians’ primary loyalty is now to the Australian nation alone, with subsidiary loyalties to the states or localities in which people live, plus the ethnic, religious and social groupings to which they belong.  There is also a feeling of loyalty towards the United States that is reflected in the ANZUS Treaty on which Australia depends for its security.

As for Britain itself, it is now largely divided between those whose primary loyalty is to the United Kingdom and those who have, or who appear to be in the process of transferring, their primary loyalty to the European Union. Of course, the latter hotly deny that they are any less loyal to the UK than anyone else.  But we should note, for example, the position taken by the Liberal Democrats, currently supported by close to 20 per cent of the electorate.  On September 14, 2019, Guy Verhofstadt, the European Parliament’s coordinator of Brexit negotiations, was welcomed ecstatically to the Liberal Democrats’ annual conference in Bournemouth.  All participants on the stage were wearing Stop Brexit/Bollocks to Brexit orange T-shirts, one of which was presented to an appreciative Verhofstadt (pictured above).  In his speech the former Belgium PM proclaimed a new world order based not on nation states but on empires (the United States being an empire, in his opinion) and stated that within a world of empires, Britain would only be able to defend its interests through the European Union.

For a Belgian to proclaim an imperial vision and a disdain for the nation state is perhaps not surprising.  Belgium itself is an artificial creation, established in 1830 in an area once known as the “Battlefield of Europe” and inhabited principally by two  language groups in perpetual political conflict – Dutch-speaking Flemish in the north and Francophone Walloons in the south – and a nation with an imperial record in Africa that was less than glorious, to put it mildly

The creation of a new European empire to compete with other major powers necessarily involves a centralisation of control, including control of defence and foreign policy.  Leaders in both France and Germany have proclaimed the need for a European army, which follows logically from the creation of a European empire.  The President of the EU (and former Prime Minister of Luxembourg) Jean-Claude Juncker, whose term expires at the end of October, called for an EU army back in 2015.   His successor, Germany’s former defence minister Ursula von der Leyen, has stated that with developments in the last few years, a European army is already taking shape.

Currently, a majority of members of the British Parliament are using every manoeuvre available to prevent Brexit, all the while proclaiming the sovereignty of parliament.  But considered in isolation, the concept of parliamentary sovereignty has no more validity than the old concept of the Divine right of kings.  Western civilisation is built on the sovereignty of the individual, and in the United Kingdom it is individual electors who, through their votes, lend their sovereignty to MPs to exercise it on their behalf.  In a democracy, sovereignty is lost if it is transferred to someone who is not elected. The sovereignty of parliament amounts to nothing if the United Kingdom is itself not sovereign. Should the efforts of Remainers succeed, this will ensure the permanent transfer of sovereignty to Brussels, with parliament being reduced to a mere regional assembly. A nation that once ruled a quarter of the globe would no longer be able to rule itself.

Parliament is the body which normally exercises sovereignty on behalf of the people.  However, by calling a referendum on continuing membership of the European Union, parliament gave this particular decision directly to the people and promised to implement whatever they decided.

A majority of MPs has now reneged on this promise and, by refusing an election, revoked their own legitimacy as representatives of the people. They clearly no longer believe the people are worthy of their loyalty.  The golden thread of British democracy has been broken.

In a democratic nation, it is loyalty to the system that leads people to accept a government even though they may profoundly disagree with it.  The concepts of ‘loyal opposition’ and ‘losers’ consent’ depend on patriotism and a belief that everybody’s point of view is entitled to be heard and allowed to gain majority support.

Loyalty requires reciprocity.  It is unfortunately clear that, like their political brethren, many members of the British establishment feel no sympathy with or loyalty towards many if not most of their fellow countrymen.  This lack of feeling was noted by David Goodhart, author of The Road to Somewhere: The Populist Revolt and the Future of Politics. At a dinner some years ago at Nuffield College, Oxford, he found himself sitting between Lord O’Donnell, then head of the civil service and Mark Thompson, then director-general of the BBC. He was surprised when both agreed with the proposition that migration to Britain should be maximised and that global welfare took precedence over national welfare.  It is little wonder that despite community concerns, immigration has continued unabated, notwithstanding numerous promises by politicians to slow it down.  It must be a comfort to British fishermen whose livelihood the EU has destroyed to learn that their sacrifice was for a greater good.

The epic fourteenth century poem, Dante’s Inferno, records the poet’s journey through the nine circles of Hell, guided by the poet Virgil who has been sent to ensure that no harm comes to him. The first circle is Limbo, for those who never knew Christ.  Dante journeys circle by circle deeper and deeper into Hell.  He passes through circles established for those condemned for specific sins, in sequence: Lust, Gluttony, Greed, Anger, Heresy, Violence and Fraud.  Finally he reaches the ninth circle, the deepest circle, where Satan himself resides, the Circle of Treachery.  This circle is divided into four rounds, the second of which is named Antenora, after Antenor of Troy, who betrayed the Trojans, and is reserved for political and national traitors.  Finally reaching the very centre of Hell, Dante meets Satan himself, who is described as a three-headed beast, each head eating a specific traitor – the left mouth Brutus, the right mouth Cassius, both betrayers of Julius Caesar, and the middle mouth Judas Iscariot, the betrayer of Christ.

A modern Dante would no doubt find some different characters to fill the roles described.

The Much-Wed Queen of the Mounting Yard