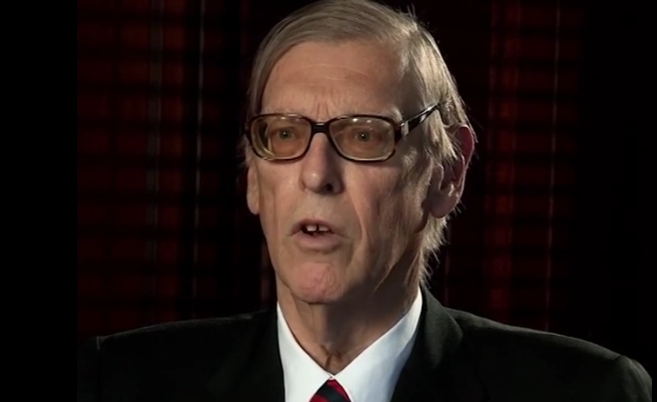 The author Hal Colebatch, born in 1945, died unexpectedly on September 9 during a stay in a Perth hospital. His personality settled early, and was not for turning.  A tall and thin six-foot-sixer with a deep voice and commanding, even formidable, personality, he was not easily forgotten. But he did not use these qualities to push himself; he was at the same time reticent about explaining his deepest feelings, realizing that they were increasingly at a discount. An adamantine stance on many issues limited his range of close acquaintances. An aura of distance, even separation, marked him. He divulged no personal mood changes nor inner feelings to the public. He was not swayed by what others thought about him, having the courage to stick to his unfashionable guns. But in later life his views became more mainstream, as many former liberals, refugees from the counter-culture, and appalled by the shrinking focus of identity politics, came to understand the value of traditional beliefs.

Hal came from a world of settled, English-style society transferred to Australia. He enjoyed being part of the many small platoons (Edmund Burke’s phrase) which provided the glue in a truly civil society. Hal was an ideal Burkean conservative. Because of its geographical isolation Perth was preserved for a time from the corrosive developments –  the permissive society, Carnaby Street, the New Left, and so on  – appearing in Western cultures from the early 1960s. Hal came from an earlier world of Arthur Ransome adventure tales and scouts (naval in his case) far removed from this.

England was his source country. The Spectator and the London Daily Telegraph helped form him and most closely reflected his views, which there those of a well-read, intelligent conservative with literary interests, in the Evelyn Waugh mode. He cast a satirical eye on the inanities of the progressive class. He particularly admired the English satirist Peter Simple (real name Michael Wharton), and his cast of creations. One of Hal’s favourites was Peter Simple’s invention of an earnest Anglican cleric, always eager to adopt the latest secular fad, Bishop Spacely-Trellis, to whom the present Archbishop of Canterbury, Justin Welby, has a passing resemblance. In his articles Hal loved to recount from the British press the latest politically correct follies, which were self-satirizing, though his own justifiable anger made him more of a Jeremiah than a light-hearted satirist.

Hal had an international perspective, and was wholly untouched by our demotic mateship-nationalist strain. He visited England regularly, sometimes for extended stays. His family background was part of the Perth network of establishment families which formed his milieu. His father was Sir Hal Colebatch, a short-term conservative Premier of WA, and later a Senator, and a grandfather was Sir Frank Gibson, who had been a long-term Mayor of Freemantle. Hal was an only son by a late second marriage; his father was in his seventies when Hal junior was born; he had half brothers already in middle age. Combined with an unhappy stint in boarding school this meant he learned to be comfortable being by himself and communing with nature. He did not require society’s attractions to entertain him. It was a stable world; he remained in his mother’s family home in Nedlands after his marriage to his wife Alexandra, who offered stalwart support to him and his career over the decades. 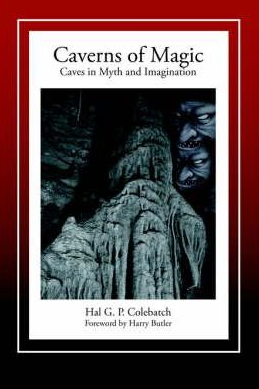 I first met Hal in 1970s when my wife and I spent our honeymoon on the campus of University of Western Australia at the house of Patrick O’Brien, a Political Science academic. O’Brien became a mentor for Hal and many other Perth students and young professionals. Hal’s home was nearby at Nedlands where he lived with his mother, Lady Colebatch, whom we met on that trip. On a subsequent trip Hal took us on a tour of an underground cave, in which he was delighted to come across a frog. He later published a poem on this incident. Having similar general interests I stayed in contact with Hal over the next half century,

A traditionalist society survived and prospered in Perth, in a way it didn’t in Melbourne and Sydney. As John Carroll has pointed out, the Melbourne upper-middle classes, led astray by The Age and doctors’ wives at dinner parties, lost their self-belief and moral compass for some time from the 1960s onwards. Western Australia’s period of destabilization came later, and was sooner extinguished, thanks to the group of which Hal was an integral part. The mining boom had brought in its wake WA Inc, with which names like Laurie Connell, Brian Burke and Alan Bond are indelibly associated. Those late comers to modernity brought an air of unreality with them; an unholy collection of shysters, shaky new money and politics fixers came to the fore, all without anchors, and unable to manage the new scene they had created and considered themselves masters of. An enduring image of those days is of a Laurie Connell horse bolting away with the Perth Cup, then expiring dead on the track, full of enough elephant juice to win but not to survive.

In Reflections on the Revolution in France Edmund Burke expressed the way disruptive elements can quickly dismantle complex layers of civil society built up over generations:

One of the first and most leading principles on which the commonwealth and the laws are consecrated, is lest the temporary possessors and life-renters in it, unmindful of what they have received from their ancestors, or of what is due to their posterity, should act as if they were the entire masters; that they should not think it amongst their rights to cut off the entail, or commit waste on the inheritance, by destroying at their pleasure the whole original fabric of their society; hazarding to leave to those who come after them, a ruin instead of an habitation –  and teaching these successors as little to respect their contrivances, as they had themselves respected the institutions of their forefathers. By this unprincipled facility of changing the state as often, and as much, and in as many ways as there are floating fancies or fashions, the whole chain and continuity of the commonwealth would be broken. No one generation could link with the other. Men would become little better than the flies of summer.

This is precisely the attitude a deep traditionalist like Hal took to outbreaks of social vandalism. It was the historic role of Patrick O’Brien, Hal Colebatch and associated journalists and lawyers in their group to push back publicly and relentlessly, to document the excesses and to bring the whole WA Inc. episode to an end. Sir Charles Court acknowledged with gratitude their achievement in a letter to Patrick O’Brien’s widow, Val. Since then the traditionalists have been firmly back in the saddle. The long reigns of Sir Charles Court, his son Richard Court and Colin Barnett, and Sir Paul Hasluck in federal politics, consolidated a stronger Coalition hegemony in 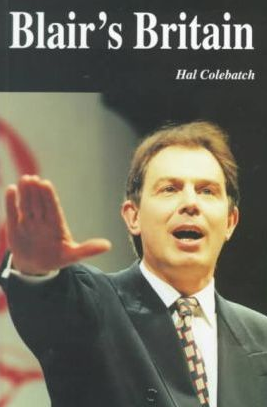 Western Australian than in other states. Reading Geoffrey Blainey’s recent autobiography reminded me of the importance of the two export states, Queensland and WA, to Australia’s economy and living standards. Much attention was focused at the last federal election on the Coalition winning back a swag of rural Queensland seats in a tight contest. Equally important for that victory were the crucial WA seats, which have rarely been lost.

Hal Colebatch had an unconventional career not determined by fashion. He was an all-rounder who succeeded in a number of fields, not one after another but more or less simultaneously.  He had a Doctorate in political science and two law degrees, worked as a barrister, and as a journalist on the West Australian.  He was an advisor on the staff of politicians, and stood for parliament as a Liberal Party candidate. As an author he operated in a number of different modes. He published books of poetry and many novels in the fantasy sci-fi genre. He wrote biographies of his father, the WA mining entrepreneur Claude de Benales, and the politician Bert Kelly. His book on English politics, Blair’s Britain, was selected by the London Spectator as one of its Books of the Year for 1998.  For a time he edited the Debrett’s Handbook of Australia, a compilation on leading families. He wrote a stream of articles for Australian journals like Quadrant, the Australian Spectator and Newsweekly.

A week before he died, a typical seashore poem by Hal, in simple, minimalist, semi-modernist style, appeared in Newsweekly, which is reproduced below with the magazine’s permission:

Sleeping on the Beach

A rise of cool sand. We pull the yacht
a few feet up the beach and dig the anchor down.
The moon is half over, filling the water. Between brown
bushes we unroll our sleeping bags. It is probably not
too far off dawn. Snug down the sails. A small
sound of wallabies foraging in the saltbush.
We change our wet pullovers and shirts, take off our shorts
and settle into our bags. Sand in a brief fall
hisses beside my ear. Birds cry distantly. A hush
of small and luminous waves. A few vague thoughts
on the edge of sleep. The thin black spines
of bushes tremble against the pearly sky,
wind stirs about the gully where we lie,
bushes sway and click. Shining ripples run up the sand in lines.

In this poem Hal slowly and carefully builds up a scene and a mood.  A series of images, clearly outlined but apparently unlinked, merge with each other. Reveries of adolescence merge imperceptivity with the present. What is not mentioned – the disturbed and disturbing contemporary world we need to regularly take a break from – is as important as the poem’s subject matter. In contrast to our fretting human selves, nature continues on its eternal course, as in poems like Yeats’ ‘Wild Swans at Coole’. All is in its proper place. As James McAuley’s concluded one of his late Tasmanian lyrics ‘At Rushy Lagoon’: ‘It is a world of sense and use.’

One of Hal’s greatest achievements was to research and write the book Australia’s Secret War, subtitled ‘How unionists sabotaged our troops in World War II’, published by Quadrant Books in 2013. It revealed a subterranean story. When war broke out in 1939 Hitler’s Germany was allied with Stalin’s Soviet Union, so the local, Communist dominated wharfies’ and some other unions in crucial defence industries sabotaged our efforts in getting soldiers and supplies to the Middle East. Even after 1941, when the Germans invaded Russia and the Soviets became our allies, radical Australian unionists continued to call strikes, to damage equipment and withhold supplies to our troops in New Guinea, as the Communists saw in war-time chaos a pre-revolutionary opportunity in Australia. Remarkably, four decades on, these acts of rank treachery, which took place during the only survival threat in our nation’s story, had barely gained a mention, so much had Labour historians succumbed to soft left narratives they couldn’t say a word against unions. Hal’s book was mainly sourced not so much from official archives as from memories of the diggers themselves, who were incensed at the time by these acts of disruption and by the subsequent silence surrounding them. Australia’s Secret War was very successful, winning the Prime Minister’s Prize for History in 2014 and becoming a best-seller.

Patrick Morgan lives in Gippsland. His most recent book, The Mannix Era: Melbourne Catholic Leadership 1920–70, was published by Connor Court.