Keeping the Sugar off the Table 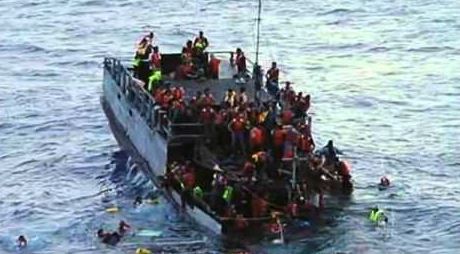 Some years ago, I wrote a piece for Quadrant, “How to choose better migrants”, in which I argued that Australia’s immigration policies should be based on the costs of absorbing migrants and the benefits from their activity. I am pleased to note that this approach is being taken in the US, where the Trump administration is attempting to implement something of a revolution. Should it succeed, the positive consequences for Americans will be incalculable.

Here is how Reason, mouthpiece of the libertarian Cato Institute, fumed that the open borders it favours might soon not be quite so open:

The rule, which is supposed to go into effect in mid-October (though courts are likely to intervene, for now), would brand any immigrant who is likely to qualify for even minimal social services a “public charge” and make it harder for them to enter the country if they are abroad—or, if they are already here, the rule will make it harder for them to upgrade their immigration status and obtain green cards or citizenship.

The measure’s goal is a limit on welfare spending, saving somewhere between US$57.4 to US$112 billion, in part by restricting payments to non-citizens. The proposal will be retroactive, should it survive the courts and furious opposition on Capitol Hill, meaning anyone applying for US citizenship would be checked on all computer bases, with the overall welfare costs associated with that particular individual assessed and totalled. All such benefits received would need to be repaid; if not, access to citizenship will be blocked. Welfare recipients not living in America but residing in their countries of origin would have their benefits slashed.

As might be expected, the welfare lobby is apoplectic, accusing Trump of heartlessness, lacking compassion and tormenting the most vulnerable. We’ve heard all this boilerplate before, and the only thing that can be said in favour of the latest venom is that it makes a change from accusations that Trump snacks on babies, curdles milk with a glance and is doing all he can to promote catastrophic climate change.

Stressing the budgetary and social benefits, supporters make no bones they wish to see a revived American ethos of enterprise, independence and hard work. As Ronald Reagan put it, “The best form of welfare is a job”, a point he expands in the clip below and to which it appears Trump also subscribes.

The fact is there is plenty of work in today’s America for both the qualified and the unskilled. The White House’s position is that immigrants should start looking for jobs from the day one, instead of sliding into welfare’s trap of inter-generational dependence and addiction, burdening the taxpayer. The Democrats’ opposition will be ferocious, no doubt because the party sees the seeds of  its electoral base’s destruction if initiative were to replace subsidised indolence.

This looming conflict has a significance well beyond US borders. Parties of the Left throughout the West rely heavily for their electoral success on migrant communities in receipt of generous welfare hand-outs. Should the State’s largesse cease or be significantly restricted, their political clout would be eroded. Successful implementation of the Trump initiative would have other consequences: it is no secret that welfare in Western World is a powerful incentive for migration, legal or otherwise, from undeveloped countries. As Scott Morrison put it during his stint as immigration minister, a prime mover of the leaky boat armadas that set sail for Australia during the Rudd/Gillard years was “the sugar” on the table. Desperate to reach Australia, many drowned in the quest to attain the glittering prize. The Coalition adopted a policy of mandatory detention and declared that no illegal boat arrival would ever be re-settled here. The boats stopped coming. Similarly, the refusal to grant welfare benefits to non-citizens would remove one of the most powerful driving forces of illegal economic migration to the West.

To my mind, the Trump administration’s bid to limit immigrants’ access to welfare is one of the most important and reformative initiatives in seventy years. Many trends and movements begin life in the US and ripple out across the world. For my money, and that of all taxpayers, I’m hoping this one finds its way to our side of the Pacific.

Defamed on The Drum