No Friend but the Luvvies 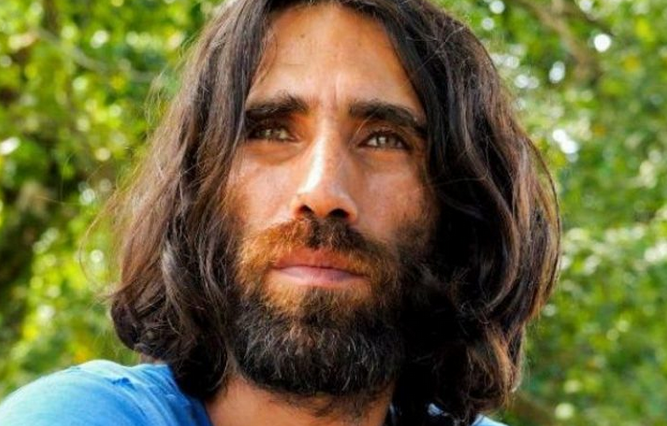 Behrouz Boochani’s book No Friend But the Mountains describes his attempted journey to Australia on people-smuggling boats and his detention since 2013 on Manus Island. Surprisingly, despite the rule, as Quadrant’s Michael Connor has noted, that the writer must be an Australian citizen or permanent resident, he won the Victorian Premier’s Literary Award for Non-fiction.[i] Just lately, to add to the plethora of other honours, he collected the National Biography Award.

Inspired by the gushing reviews and suspecting that the accolades showered on Boochani (above) owe more to what he is — an “asylum seeker” — rather than what he has written, I took up his biography to sate my curiosity. Could his book be anywhere near so good as the literary circuit set insists? Read on.

Imagine you are living in Iran. You are well-educated, with a postgraduate degree in the humanities. You are of Kurdish background, working on a Kurdish magazine suspected by Iranian authorities. While you are out of town, some co-workers were detained, questioned and released. They tell you the authorities are looking for you. You decide to leave the country and live elsewhere. This was Boochani’s background, though largely left out of his book. 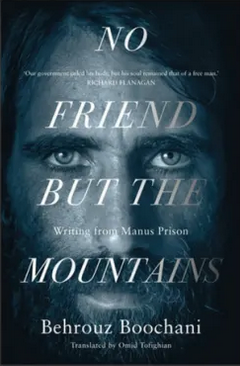 What would you do next? Claim political asylum? You might find out which countries are most open to such claims, and gather necessary evidence. Apply to migrate? You might find out what kind of people your new country accepts, and organise your application. It will be big jolt to leave your home, family, friends and the language and culture that makes sense of your life. How will you cope with the change? A careful person would ponder these questions, and a writer might be expected to tell us their answers.

But no! Boochani decided, for no stated reason, to come to Australia illegally without having made any effort, it seems, to do so lawfully. Just buy an air ticket to Indonesia. Take only the clothes (T-shirt, pants and sneakers) he stood up in. Stuff a back-pack with old newspaper to fool the Iranians that he was travelling as a tourist. Then, in Indonesia, pay people smugglers to put him on a boat bound for the north-west coast of Australia, a sea-route which even back in 2013 was notoriously dangerous. Such recklessness, and such indifference to how Australia might respond, are never explained.

Boochani only just survived two trips on those infamously leaky boats, overloaded with other would-be immigrants including minors, children and babies. The first boat sank, and Boochani nearly drowned under the pounding waves. Only at the last moment did he find the strength to grab some floating debris and reach a passing vessel that took the survivors back to Indonesia. The second boat got swamped, the passengers saved by a cargo ship, then transferred to an Australian naval vessel and taken to Christmas Island.

It is there his detention and denunciation of Australians and all they do begins. He got new clothes, since his old ones, after two shipwrecks, were torn or worn out. His new T-shirt was too big for him, an outrage he took as an early sign of a deliberate campaign to humiliate him. So also, when an Australian nurse spoke to everyone about the risk of malaria on Manus Island, to which they were going to be moved. Boochani writes:

She tells us about the symptoms of malaria and a whole bunch of other crazy stuff, stuff that doesn’t concern me at all. The words from that nurse are more like a threat than words of concern for our well-being. It is like she is warning us: …If we were in your place, we would fill out the voluntary deportation forms and go back to our homelands.[ii]

To Boochani, even the most well-intentioned and professional health advice is menacing.

On The Conversation website, the book’s translator tells us that Boochani started writing his book as soon as he arrived on Manus, using a mobile phone from which he sent paragraphs as text messages to a woman overseas. How he obtained a mobile is not revealed, a real omission because the book stresses the limited availability of telephone access, and the constant queueing. The book became a collaborative project. The translator states:

…the shared goal from the start was to produce a visceral narrative, a riveting masterpiece that exposed one central aspect of the detention regime: systematic torture … It [the style] is an anti-genre. I call the style “horrific surrealism”.

The style, and its ideological motivation, requires that every situation and every person is interpreted according to their place in the scheme of ‘systematic torture’.[iii]

The living conditions on Manus made the detainees suffer. There were no useful activities. Each day was hot and humid, each night mosquitoes and insects disturbed their sleep. The toilets were filthy — although it seems not to have occurred to anyone that those using them might also clean them. There were always long queues to eat, to make phone calls and to ask for medical attention. Meals were bad and insufficient. The camp rules were strict and inflexible. From time to time the electrical generators broke down, making life even worse. Boochani, sour and put-upon as ever, sees the breakdowns as manipulated and possibly deliberate in order to torment and dominate the detainees. Some years later, to settle a lawsuit, the Australian Government paid out $70 million to Manus detainees as compensation for the poor conditions.

Boochani’s relationships with the other detainees suggest he is a moody loner. He detested his fellow travellers on the boats (except for an Iranian woman to whom he never spoke!) On Manus, he particularly despised the man who always took the first place in the queue for meals. Boochani himself hated waiting, and detested queues, which to him were another intentional device for humiliating him. He usually made it to meals late, when the best things had been taken, so often went hungry. He did feel friendly towards one or two people in the camp, but he scarcely spoke to them. He liked the Papuans but hated the Australians, even those nurses and visiting immigration officials with whom he had no personal dealings.

He always calls Manus a ‘prison’, yet it was one from which detainees could return free of charge to their own countries, or to anywhere that would accept them. Boochani seems to have presumed Australia would let anyone enter the country, even those who had thrown away all their identification papers before getting on a boat. Yet his own background would at least raise some questions. He had considered setting off to join the Kurdish armed struggle against Iran, led by a group that President Obama, rightly or wrongly, had declared ‘a terrorist organisation’. It would hardly seem unreasonable for Australia to detain such a person until it had resolved any security concerns.

Despite Boochani’s hate for Australians, they rescued him and gave him food, shelter, clothing and medical assistance. Immigration officials came to Manus so he or anyone else could apply for admission as a refugee, an opportunity Boochani rejected because he did not want to accept the pre-condition that he would be sent back to Iran if his application was refused.

Of course mandatory detention of illegal immigrants arriving by boat is controversial, and on Manus its administration caused suffering. Typically, Boochani insists all of that was deliberately arranged, and he never acknowledges that his own conduct, such as his refusal to line up for meals, contributed to his misfortune. Malevolence, his “horrific surrealism”, is the only explanation, such as it is, that he offers.

A book and its readers

The book has its strengths: the description of the boat journeys is gripping, and the tedium and desperation of living on Manus is clear. Producing a book by mobile phone from Manus is an achievement in itself.

That said, the narrative is over-long and over-wrought, reminding a fellow reader of a wrung-out speed addict. Boochani’s poetic interludes get in the way of the story. In my book club of seven enthusiastic readers, only two succeeded in finishing it. Members who disapprove of mandatory detention said Boochani had the strange effect of making them feel less sympathetic towards him, especially for his rarely expressed compassion for his fellow detainees. Their unprompted verdict was that the literary prizes must have been given ‘for political reasons’.

Shame about the talented writers pushed out of the way.

Michael Dunn is retired and lives in Sydney.

[ii] No friend but the Mountains, chapter 5, Kindle edition

4 thoughts on “No Friend but the Luvvies”

The Kurds’ Struggle Is Our Struggle

A pronounced dislike for Abbott